MEL GIBSON AND ME 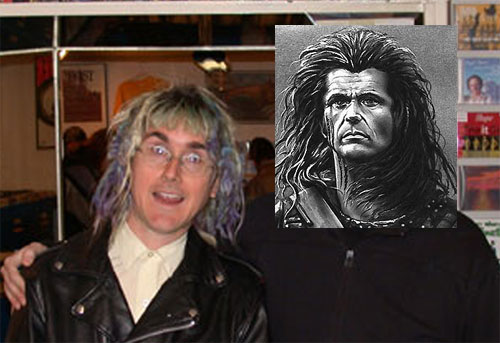 From the beautiful mind of Schultz…

MEL GIBSON’S NEW MOVIE WHICH I HAVEN’T SEEN YET…

…But that’s not going to stop me from having an opinion of it!

It’s not an attack on Jews, it’s an attack on modernity. In the bible times they believed everything in the bible literally. Nowadays, you teach people a little about science or democracy and next thing you know, most Christians are like, “Well I believe in a literal god but I’ll just obey the parts of the bible I agree with and ignore the depressing parts.” Then they’re like, “Well, it says specifically that non believers will burn in hell, and homosexuals, and adulterers. But, man, that’s kind of not p.c. I don’t have the courage to be a serious Christian and go around killing my bhuddist and adulterer and homosexual coworkers. But neither do I have the courage to just quit being Christian either, just because it is a hateful murdering religion… So I’ll just ignore the contradictions, and pretend that God is a nice guy like me, only with a beard. Okely-dokely!” And it sucks!!

Also the movie is interesting because it says something about the importance of CONTEXT. Consider this: a bunch of devout Christians bought blocks of tickets and organized field trips to see the movie on opening weekend, and it became #1 at the box office. And the movie was about what? Their true lord being slowly tortured and murdered while people run around mocking him and laughing at his pain. Could you explain this to someone from mars, should they happen to visit? How would you explain it?? what the hell????

But consider this too: if the EXACT SAME MOVIE had been made (Christ being slowly tortured, mocked, mercilessly and slowly murdered) but Mel Gibson crossed his name off the credits and wrote ‘BY GLENN DANZIG AND SLAYER‘ and changed the title to ‘LET’S ALL KILL JESUS!!!!‘… Christians would be burning down the theatres instead of making the movie #1. Am I right?? I am totally fucking right!! How would you explain THAT to someone from Mars?

And that’s why just the IDEA of this movie is awesome.

About the controversy: I mean, Gibson has got like 1,000 jews and ecumenical (‘modern, feel good’) Christians saying, “It’s antisemetic BECAUSE IT IS QUOTING TOO LITERALLY FROM THE BIBLE.”

I am so not making this up.

According to the New Yorker magazine, the original protestors objected to LINES OF BIBLE DIALOGUE being put in the movie, on the grounds that it would make people hate Jews.

Can you see something weird about that? You logically cannot slam Gibson for being antisemetic and not slam the bible! If they were consistent and rational they’d say ‘Well, the BIBLE is antisemetic. And ANYONE who reads it, we will protest them.’ I mean, duh. And if you DID say that, you’d have a damn good point. Of course the bible says some mean things about Jews… for the same reason that you won’t find the Jews, circa 0-100 AD writing lots of nice things about Christians either: at that time in history, early Christians and Jews were fighting over who the real messiah was. So yes, anti-semetic.

But to say Gibson ALONE is an antisemite-to say he’s an ABBERATION–just for drawing attention to parts of the bible that Good Christians like to sweep under the rug (and Good Jews will likewise turn a blind eye to, rather than antagonize Christians)… that is such bullshit!!

Plus, another critic in the New Yorker was slamming the movie because it ‘turned jesus’ message of love into one of violence and suffering.’ … as if violence and suffering was unchristian? Hello, anyone remember ALL the martyrs? All the super big and realistic statues and paintings all over Europe depicting Christians who were tortured to death by the heathens, in thousands of inventive, painful ways? Remember the crusades and the inquisition?? How can the critics act like Gibson just, out of thin air, INVENTED the connection between Christianity and bloodshed??

What about all the 4,5,6 foot tall statues of Bleeding Jesus, in super detailed crucifixion poses, all over Latin America? What about the Philipine rituals where women channel the ‘spirit of baby jesus’ and re-enact the passion of Christ, the whole town watching and clapping, as their neighbors (dressed as romans) crucify the women with big nails?? (ok, maybe this is fake like the Philipine faith healers, but a: it looked real in the video and b: just the fact that the people are INTO this kind of spectacle is enough to prove my point)…

…oh, and what about the fact that EVERY SINGLE CHRISTIAN wears a fucking TORTURE DEVICE around their neck????? Yeah, right, Gibson is crazy for noticing a connection between Christianity and pain and suffering. He’s a wacko all right.

Plus I hope this movie succeeds because if it succeeds it will encourage more rich famous people to just go fucking nuts and start filming whatever crazy shit comes into their heads. Hopefully more people will realize, “Damn, I have twenty million dollars in the bank, I do not have to keep on making boring, predictable movies! Why don’t I make a movie myself, where I play a gay Muhammad who screws Buddha in the ass, while fellating the Michellen Man? This has always been my dream!” … and it turns out that’s the Pope’s new movie! That is the kind of world I want to live in.