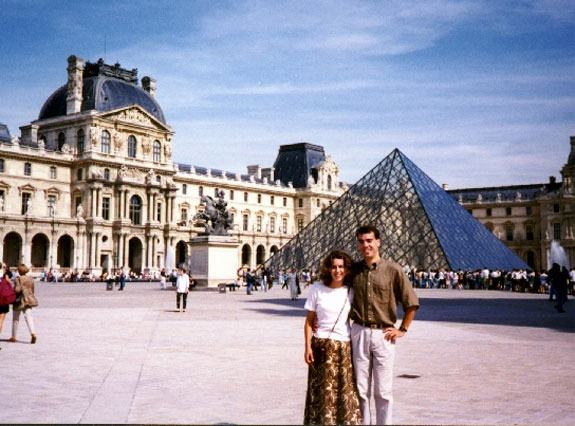 And Only 1/6th Of You Yanks Have Passports!!

Just wait till Mr. B visits your country…

Well thank fuck for that is all I can say. Last year my fellow countrymen got it in the neck, but this time its you fucking Yanks.

I can guarantee that the person seated at the next restaurant table doesnt really want to listen your banal drawl throughout the course of their meal. I, sitting 7 tables away, DO NOT WANT TO LISTEN TO YOUR BANAL DRAWL THROUGHOUT THE COURSE OF MY MEAL. For fuck sake stop shouting! Do you guys have built in larynx-amplifiers or what? It wouldnt be so bad if you were saying anything that was half interesting. “Ive been to Florence, oooo so have I, have you been to Berlin? Ive been to Berlin, ooo yes I did Berlin last year, next were coming over for two weeks and doing London, Paris, Geneva, Milan, Prague, Venice, Vienna and Rome. On and fucking on for a whole hour! Sorry no desert or coffee for me pal, Im off. Just what fuck do you think it is that youve done in theses places? Jack fucking shit, thats what Jonnys done Prague, but he spent two fucking months there and Id imagine could have happily stayed another two. I worked in Holland for a month but havent even come anywhere close to getting around it all, and that was in a car that regularly did 140mph.

And why cant you just order some food without the need for the Spanish Inquifuckingsition? Is that salmon smoked, is it Scottish or Norwegian salmon, I dont want it if its not smoked salmon. Whats in the salad, does that have smoked salmon, Ill have that if the salmon is smoked but does it have artichokes in it. Ill take it if the artichokes have been boiled. How big is the salad?

The waitress made her hands into roughly the size of the plate it would come on. Well how big is that? Arrrrrrrrrrrrrrrrrrrrrrgggggggggggggggggggghhhhhhhhhhh!!!!, and I didnt even mention that this stupid yank-cow stuck her fucking nose in my wifes food and without even acknowledging the Mrs. said to her equally dumb friend, “Ooo, maybe Ill have a pizza.” Five fucking minutes it took to place a simple order for some soup and a salad. Youre that busy fucking talking you wont even taste it anyways, assholes! You might as well order dogshit on toast.

At no time during the course of my holiday did I hear any American say the words per favore or grazie. Thats please and thank-you by the way.

Ive saved the best till last though. We were having lunch at this place in Pisa when a bunch of Yanks arrived at the table behind us. Now these werent obnoxious brats like in the previous two examples. Me, Mrs B and HALF OF PISA knew they were teachers from some American university. First off, no please or thank-you. Wankers. Then during the 2000 decibel, 3 week long Spanish inquisition of the menu, the struggling waitress said, “Im really sorry but I dont speak very much English.” To which the guy replied, Oh that doesnt matter before proceeding to question her for a further five minutes.

I shit you not, by the time they had ordered, wed had soup, a pizza, a Latte and two ciggys and paid the bill. All they got was a god-damned pizza in the en!. Stupid fucking obnoxious Yank-yank septic tanks, and these were supposedly educated examples.

I was going to end there but then I saw some whinge by Erich about taxes. Taxes, Ill give you fucking taxes. Sales tax 7-8%. What the fuck is that to cry about? Everything you buy in the UK is subject to 17.5% sales tax or “VAT” as we call it. Thats right, more than double yours. Cigarettes, $10 for a pack of 20 Marlbros. Hence why me and thousands of others, get illegally imported baccy from Slovinia. These guys can import it, sell it for half the price and still make a profit.

Try buying a fucking car. A 2litre Ford Focus sets you back $13,300 or something. UK price: £11,000 and the fucking exchange rate is nearly 2 bucks to the pound. Petrol here is, and this is no joke, $5.5 for a US Gallon. 33% of my wages get swiftly removed for tax and National Insurance contributions,

This could literally go on forever. Stop whining and start shooting.