Home / Features / THE BIGGEST LIE OF THEM ALL

THE BIGGEST LIE OF THEM ALL

THE BIGGEST LIE OF THEM ALL 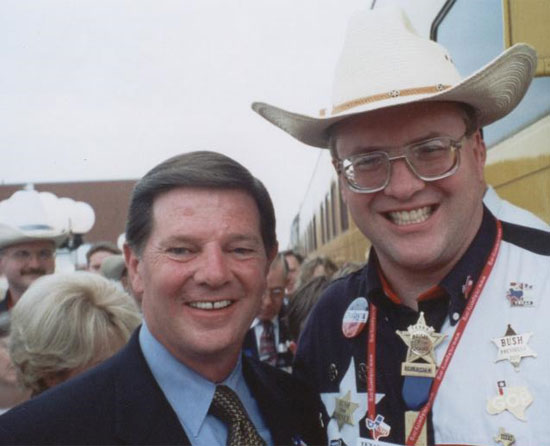 Will These Fuckers Ever Stop?

For a political party that has created, fostered, and maintained the most efficient cottage industry ever devised for churning out empty-headed, Orwellian catch-phrases, the most devious yet — “judicial tyranny” — is apt to have the direst long-term consequences for what remains of the great American experiment. At bottom, the Republican Party, now fully controlled by those who worship at the altar of a muscular, faintly homoerotic Jesus, has turned to the mainstream to sell their fiction that the judiciary  primarily at the federal level  is but one step from hijacking the Constitution from god-fearin’ folks in the small, decidedly Red towns across this country and turning its shredded carcass over to the secularists, the elitists, and the liberal do-gooders; i.e. the Jews.

Claiming to speak for the founding ideal that three co-equal branches will hold power accountable, they argue that “unelected” tyrants in black robes are thwarting the will of the people and killing true democracy in its sleep. From their cynical view, these judges are crafting legislation from the bench; using their exalted positions to bend, twist, and distort “original intent,” thereby undermining the legislative process itself. At least that’s what they claim to be fighting for. Clearing away the dust and din of their fallacious intent, what’s really at stake here is the 200+ year precedent of judicial review, a Constitutional principle as timeless and sacred as the freedom of speech. Without it, the Constitution is a dead letter; an archaic, yet cleverly worded slab of parchment preserved in musty amber without relevance or function in the modern world. In other words, exactly the state of being the Republicans desire.

To be blunt, the current Republican Party has no real interest in either the Constitution or the basic rule of law. Instead, the judiciary is seen as an impediment to their drive to pass whatever nutty legislation they so desire. Now that they control the Congress as well as a majority of state houses, they seek to preserve that power by removing the judicial obstacle that is mandated by history and the Constitution to rule on the Constitutionality of the laws that are passed. This job cannot exist without interpretation and analysis, which have become weapons of oppression in the eyes of the Right. When they probe the statutes and how they have been interpreted over the years, they are seen as moving beyond their intended role, which for conservatives amounts to little more than a rubber stamp.

In their dark, sordid world, if it’s gone through the House and Senate and has met the approval of the Presidential pen, the required checks and balances have been satisfied. After all, these folks are beholden to the people, are they not? What right do appointed judges have to rule on the fair and open votes cast by officials who must subject themselves to democratic elections? These questions deserved to be asked in the early 19th century when John Marshall first set down the Supreme Court’s then-revolutionary position, but in 2005, they only prey upon the ignorance of legislator and citizen alike. These issues are settled law, much like equal protection and a right to privacy, and the only people who continue to deny their reality are those who couldn’t be counted on to pass Law 101.

Most of this heavily scented bullshit requires a knock-kneed fear on the part of the American populace, who have been trained to view judges much as they would child molesters or members of the teacher’s union. Americans instinctively abhor that which is exclusive, and therefore judges are the very personification of the untouchable and the cultish. It’s ironic, of course, given that Republicans craft their agenda knowing full well that it will benefit no more than a few thousand well-positioned corporate chieftains and wealthy barons, but their success depends on the disconnect that comes from working too hard for too little money and not blaming the asshole that signs your check. Dancing as fast as they can, Americans cede all intellectual inquiry and accept the silly notion that billionaires and CEOs spend their free time devising methods to improve the lot of the poor, as well as level the economic playing field. Loathing the judiciary, then, is a distraction from the real enemies that keep the working class bound and chained to the instruments of their downfall. Eliminate these snooty judges, they cry, and liberation will be at hand. Let us get to the people’s business  you know, like the bankruptcy bill that leaves the wealthy and big business alone, yet punishes victims of medical debt  and America will become that shining city on a hill. It will be gated and accessible only by private jet, but oh how it will shine.

“Judicial tyranny” is this year’s “states’ rights,” a similar rallying cry for those who seek to protect the interests of the few at the expense of the many. If America loses the independent judiciary, it loses more than a branch of government; it loses the last, best hope for those who look to the law to guarantee basic liberty. As the legislature caves to political pressure and the winds of whim and popular passion, they are predictable only in their inability to detach and consider posterity’s judgment. They can and should respond to the immediate needs of the people, but not at the expense of the law. Without the courts to act as a buffer, our law books are riddled with the obscene and the obtuse; laws as impractical as they are exclusionary. It is the judiciary  tyrannical only in that it must not yield its exclusive domain  that can take such a long view and establish that which is not up for a vote; not at any time, nor through any body. So when you hear the likes of Ann Coulter asking that we put up the right to privacy  in this case, the right to an abortion  for a popular vote, what you are seeing is pandering in its worst possible incarnation. But in Republican America 2005, that’s all the powers that be have left to them.

Our story would not be complete without at least mentioning America’s most revolting stain of a statesman — the putrid, vile beast known as Tom “The Hammer” DeLay. Not only does he hold the distinction of being the most reprehensible legislator to ever crawl from the muck of Texas (who only got involved in politics after his bug killing business wasn’t allowed to use toxic chemicals banned by the EPA), he has managed to top his own extreme rhetoric with his latest attack leveled against the independent role of the courts. He has put these so-called monsters on notice with the chilling statement, “you will have to answer for your crimes,” as if by refusing to interfere with a private family matter — the Schiavo case — the rights of all were near evaporation. And when DeLay’s stench inspired the junior Senator from the Lone Star State to suggest that the Atlanta courthouse murders (as well as the execution-style killings of a prominent judge’s family in Chicago) could be traced to a nationwide anger about judicial overreach, the Republican Party managed to come full circle as the most dangerous mob in American life. With their distortions, contempt for decency, and conscious efforts to dislodge the Constitution from our lives — substituting a hastily scrawled pamphlet packed with corporate-friendly code in its place — at last we have an issue that can justify voting for one party over another. For as weak and spineless as the Democrats have become since the Clinton era, they would never suggest slamming a dagger through the heart of judicial review. That’s a GOP thing.