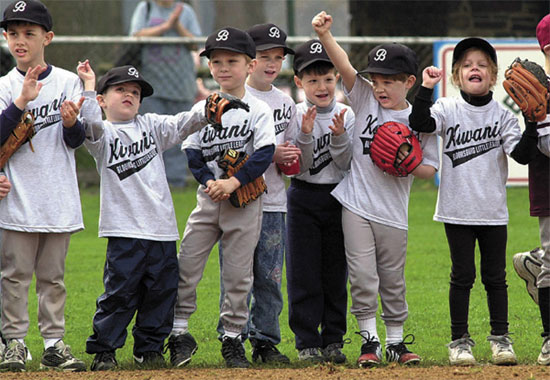 I have a do nothing job in a casino, which means I spend a lot of time watching sports on TV. Yesterday I was subjected to the All Star Home Run Derby, which is usually a candidate for the most boring thing on television at any given time. Initially, I would have much preferred that the station be set to one of Eric Estrada’s real estate scam infomercials.

But then something amazing happened. A sustained performance, the likes of which we see perhaps once per year in the sporting world. With each pitch I thought confidently, “it couldn’t possibly happen again.” Yet, to my amazement, I would hear the crack of the bat, the ball would sail into the air and a swarm of preteen mongoloids would assemble near the probable landing point. And every time, the ball would land on the grass, untouched by sub-human hands.

It was astonishing. How can 10 boys try to catch a fly ball and so completely misjudge it that not one of them even touches the fucking thing? Not once, but countless times. The laws of probability would seem to dictate that eventually one of the little cretins would stumble into the ball’s path and catch it with his soft skull. The closest call was a chunky lad who ran at a ball, dove, and landed a good two feet short of making the catch. He then picked up the ball and held it in the air, signaling to one and all that he had actually caught it. I doubt that even his fellow short bussers fell for the ruse. Nonetheless, our boy celebrated his “catch” vigorously, with fist pumps and chest thumping.

Now, I’m not 100% sure if these kids were literally retarded, but that would certainly be the best explanation for such a collection of bunglers being given the privilege of fielding all star fly balls. Some Make a Wish type do-gooder came up with the idea of squandering these spots on a batch of genetic mishaps. If, somehow, those kids aren’t retarded (or possibly, all raised by softball playing, lesbian couples) then need for their extermination is all the more urgent.