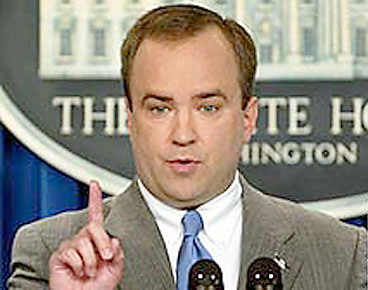 Phillip Roth wrote a book called Our Gang. The fact that I have not reviewed it is a blight on Ruthless. In Our Gang, which none other than Schultz has described as “the most subversive book ever written,” President Tricky Dixon (Richard Nixon, get it?) is found naked and dead, stuffed inside of a water-filled baggie like a fetus. Aside from 200,000 people descending on Washington to turn themselves in for the murder (all present have photographic evidence of their crime), Roth’s description of the “spokes-hole” Press Secretary is get-a-hernia-operation funny. And accurate. For instance, when asked by the press if Dixon is in fact dead, the spokes-hole responds, “There is no truth whatsoever to the reports that the President is dead.” However he adds that he will not “categorically” deny the rumors. Another rumor then starts that there is something wrong with Dixon’s hip. Later in the day the spokes-hole explains that the President’s hip is fine and, “We don’t want people the people in this country to go around thinking that the President has anything wrong with his hip any more than you do.” When pressed about the rumors of the President’s death, the press is then told, ” I have nothing to say about that at this time.”

Friends, Our Gang is a satire written almost thirty-five years ago. Before Watergate as a matter of fact. Here is a very partial transcript of yesterday’s (July, 11 2005) press conference with President tWit’s Press Secretary, Scott McClellan (for a full transcript, click here):

QUESTION: Does the president stand by his pledge to fire anyone involved in a leak of the name of a CIA operative?

And as Ive previously stated, while that investigation is ongoing, the White House is not going to comment on it.

QUESTION: I actually wasnt talking about any investigation.

But in June of 2004, the president said that he would fire anybody who was involved in this leak to the press about information. I just wanted to know: Is that still his position?

MCCLELLAN: Yes, but this question is coming up in the context of this ongoing investigation, and thats why I said that our policy continues to be that were not going to get into commenting on an ongoing criminal investigation from this podium.

MCCLELLAN: And so thats why we are not going to get into commenting on it while it is an ongoing investigation  or questions related to it.

QUESTION: Scott, if I could point out: Contradictory to that statement, on September 29th of 2003, while the investigation was ongoing, you clearly commented on it. You were the first one to have said that if anybody from the White House was involved, they would be fired. And then, on June 10th of 2004, at Sea Island Plantation, in the midst of this investigation, when the president made his comments that, yes, he would fire anybody from the White House who was involved, so why have you commented on this during the process of the investigation in the past, but now youve suddenly drawn a curtain around it under the statement of, Were not going to comment on an ongoing investigation?

MCCLELLAN: Again, John, I appreciate the question. I know you want to get to the bottom of this. No one wants to get to the bottom of it more than the president of the United States. And I think the way to be most helpful is to not get into commenting on it while it is an ongoing investigation. And thats something that the people overseeing the investigation have expressed a preference that we follow. And thats why were continuing to follow that approach and that policy. Now, I remember very well what was previously said. And, at some point, I will be glad to talk about it, but not until after the investigation is complete.

QUESTION: So could I just ask: When did you change your mind to say that it was OK to comment during the course of an investigation before, but now its not?

QUESTION: Scott, can I ask you this: Did Karl Rove commit a crime?

MCCLELLAN: Again, David, this is a question relating to a ongoing investigation, and you have my response related to the investigation. And I dont think you should read anything into it other than: Were going to continue not to comment on it while its ongoing.

QUESTION: Do you stand by your statement from the fall of 2003, when you were asked specifically about Karl and Elliot Abrams and Scooter Libby, and you said, Ive gone to each of those gentlemen, and they have told me they are not involved in this ?

QUESTION: Do you stand by that statement?

MCCLELLAN: And if you will recall, I said that, as part of helping the investigators move forward on the investigation, were not going to get into commenting on it. That was something I stated back near that time as well.

QUESTION: Scott, this is ridiculous. The notion that youre going to stand before us, after having commented with that level of detail, and tell people watching this that somehow youve decided not to talk. Youve got a public record out there. Do you stand by your remarks from that podium or not?

MCCLELLAN: If youll let me finish.

QUESTION: No, youre not finishing. Youre not saying anything. You stood at that podium and said that Karl Rove was not involved. And now we find out that he spoke about Joseph Wilsons wife. So dont you owe the American public a fuller explanation. Was he involved or was he not? Because contrary to what you told the American people, he did indeed talk about his wife, didnt he?

QUESTION: Do you think people will accept that, what youre saying today? 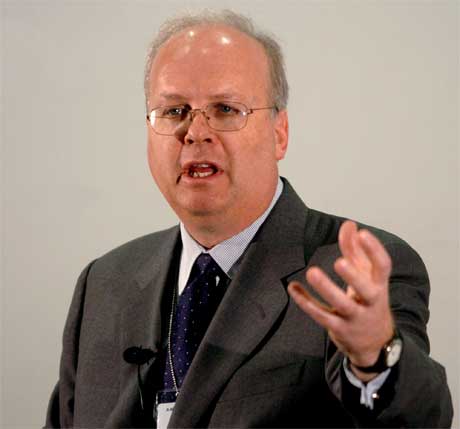 Now, part of me wants to highlight and pinpoint exactly what in the above obfuscating makes McClellan such a lying, horse’s ass, but as the average Ruthless Reader is quite intelligent, I don’t feel the need to do that. I will call him names, though. I mean McClellan is the only boob on earth who could possibly make Ari Fleischer look like an intelligent, well-informed and deep thinking person. And Fleischer was a fucking jackass. McClellan represents what is sickest and most wrong about America; stupidity, arrogance, cruelty, sycophantic cock-chugging, blind partisanship and most sadly, he’s completely full of shit. A grade A Cocksucker of the highest order. As to whether or not the “American People” will stand for what he said; of course. With big, dumb bells on.

Seriously, we’ve got Bush’s Chief-of-fricking-Staff selling out a CIA operative (rumors of Rove’s involvement have been around since day one) AND we’ve got Bush and McClellan on record stating that anybody involved with “the leak” would be fired AND we’ve got the damned reporter’s emails who broke “the leak” telling his bureau chief that in a phone call with Rove he was told (BY ROVE) it was Joseph Wilson’s wife. Rove, of course, still holds his job and the White House’s response is to do what it always does; lie. I figured that for further insight into the situation I would turn to one of our most trusted professional liars, Rush Limbaugh, to get the story straight. He bloviates, “But, you know, theirs [the Democrats and the press] is an irrational attack, and that’s what is Rove thing is illustrating, as do all of their attacks on Bush. This is irrational. The attacks on Clinton were based on genuine substance, and they were genuine scandals and there was genuine misbehavior and there were indeed questionable ethics. This stuff that they’ve used to go after Bush is baseless. They’re going to have to make it up — forged documents at CBS, this kind of thing. Same thing with Rove here.” Well, now I feel much better. I should add that this is what Article III, Section III, Clause one of the Constitution says, “Treason against the United States, shall consist only in levying War against them, or in adhering to their Enemies, giving them Aid and Comfort. No Person shall be convicted of Treason unless on the Testimony of two Witnesses to the same overt Act, or on Confession in open Court.” For those of you who might be a little lost, Valerie Plame was working undercover and her cover was blown, which, if not considered giving aid to enemies, is…you know what? Fuck a metaphor. It’s treason, plain and simple. Committed by Rove, in case you haven’t been following.

What is so shockingly different about this clusterfuck than Watergate is that even though hotel security guards caught a few wannabe-tough guys playing cloak and dagger in a suite, every thinking person knew immediately that the break-in went right to the top: Nixon. Has a single person for a solitary second made the assumption that Bush knew the slightest thing about the heinous behavior of Rove? Thus the beauty of running an empty piñata for President. No, it was Rove, all Rove, all the time on this one. To call his actions an example of hubris is an understatement. To call the man a fucking scumbag Cocksucker who deserves to be strung up by his testicles and beaten to death with parts from Iraqi corpses is accurate. I’d cry for our country, but at this time and date, what’s the fucking point? Y’all remember the end of Dr. Strangelove? I sure do.