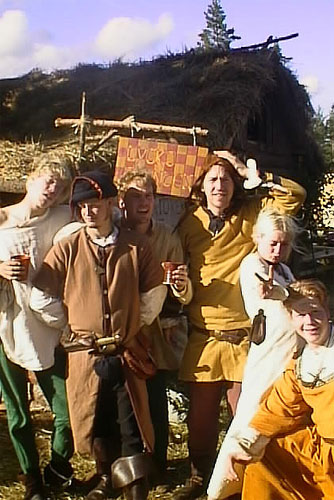 I openly admit my nerdish leanings. Like millions, I tossed the 20-sided die as a kid [Ed Note: Nerd!]. I have a degree in the nerdiest of disciplines: philosophy. But I was shocked and amused, even horrified when I discovered the world of LARP, where so little can be so compromised. LARP, is live action role playing. That more or less means dressing up and acting out a game of Dungeons & Dragons. As I’ve already admitted, I was a somewhat nerdy, role-playing eleven-year-old. But even then, I would never have stooped to actually act out the role of my Paladin, Fudge Factory. Who does? Mostly people in their twenties and thirties. Ill put the nerdiness of LARP into perspective with this question. Have you ever seen The Comic Book Store Guy from The Simpsons participate in something as remotely nerdy as LARP?

Ruthless will be providing more coverage of the hilarious world of LARP in the future. For our first offering, I decided to blatantly rip off our own Mike from Hobart and scour the net for the Most Ridiculous LARP Pics of All Time. 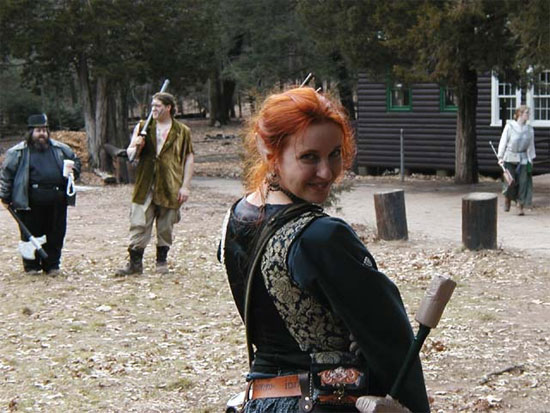 OK, I’ll admit that, during those few golden minutes between finishing a bottle of Jack and throwing up on myself, I might do her. I would feel pretty bad about myself later. And I would be subject to years of ridicule if word ever got out, and looks have nothing to do it. But check out the dude on the left!! He thinks of nothing else! 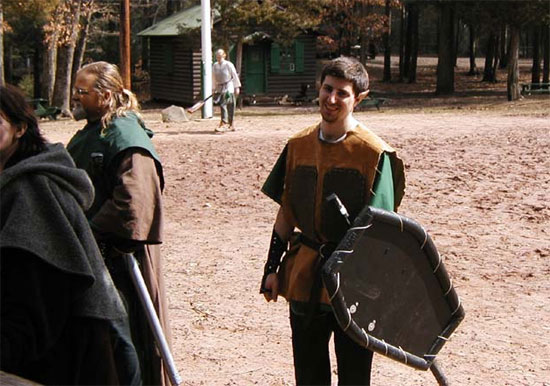 Okay, ya got me! This is so embarrassing. I was in such a rush to get to the foam-sword (Called ‘boffers‘ by LARPers) battle from the Star Trek convention that I totally forgot to… commit suicide. 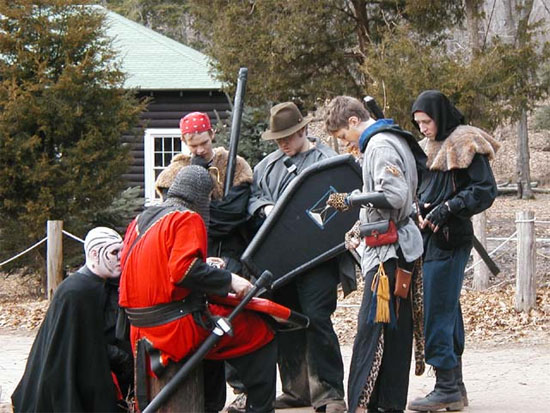 Unless I’m mistaken, these people are praying before battle. Here’s a tough question. Would they be more contemptible if they were praying to a D&D god, or to the “real” God? Fuck, imagine you are the real God and someone has the audacity to send you a prayer before going into foam-sword battle. I’d charge them with building an ark and collecting two of every animal in preparation for another great flood. Then, on the most beautiful day I could muster, Id be like “are you ready?” When they said, “yes, oh Lord, our preparation hath completed,” I would tip their boat over. 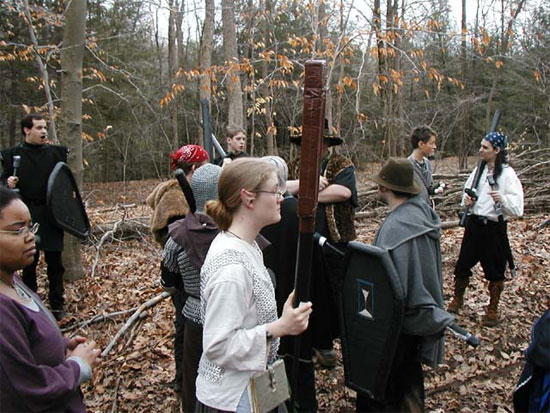 This is beautiful. Here are a bunch of young men who are into LARP. The only way any of these guys could have gotten any action up to now would be by having been molested as children and I think even most pedophiles would take a pass on this bunch during childhood. “Uh… I think I’ll go sodomize the boy without the inhaler and rubber sheets.” Against all odds, two girls show up to their event–girls who presumably would have some interest in LARP boys–and everyone is afraid to talk to them. Jesus, nobody has even worked up the sack to look in their general direction. The Black Knight took a glance but thought he was caught looking and is in the middle of the fake yawn look away. Also it looks as if John Popper from Blues Traveler is standing behind that one nerd girl’s foam cricket mallet. 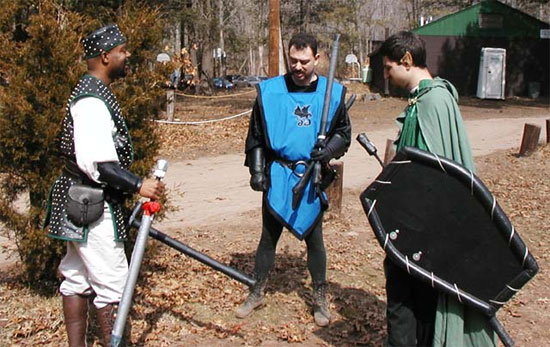 If a black guy is doing it, it can’t be completely lame. Sorry guys. I’ll remind you of the fact that black guys used to walk around with combs stuck in their hair. Or perhaps you should track down a tape of Arsenio.

Note that the black warrior has incorporated an as-salam-alaikum hat into his garb. 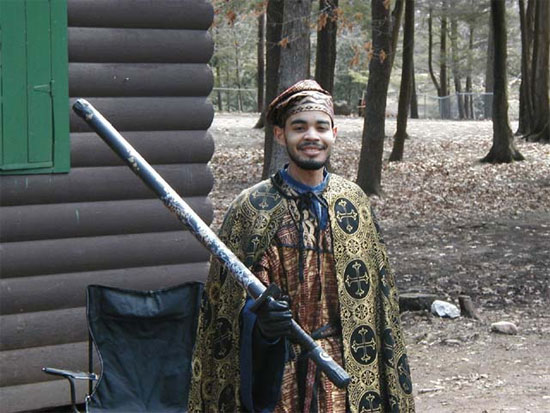 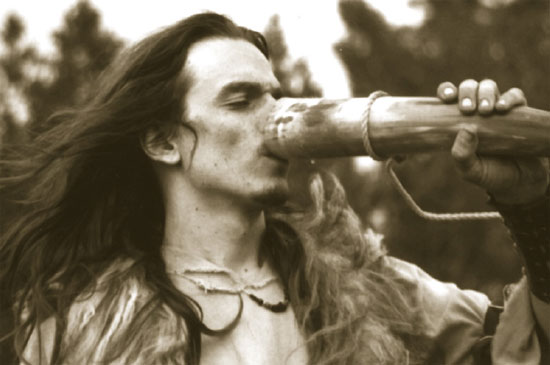 With which festive spirit shall I fill my horn of libation? Soda, purple stuff… hey! Sunny D!

Of course, we wont pass up the chance to ridicule this guy for striking such a compromising pose. Obvious? Yes. Vulgar? Yes. Clever or witty? No. But funny nonetheless. Behold the wizardry of +3 Photoshop!!! 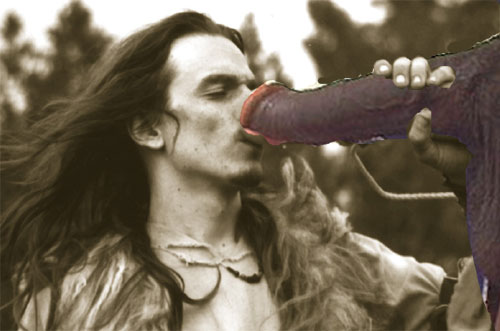 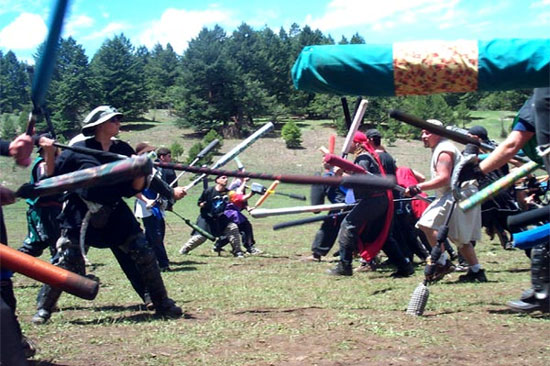 One would think that these guys would want to retain some pretense of not being total vaginas. Look at those weapons! A) they’re fake to begin with. B) They are ridiculously padded so as to remove any chance of even stinging you opponent a little bit. C) They’ve covered the padding with the cloth their grandmothers had left over after sewing new drapes. 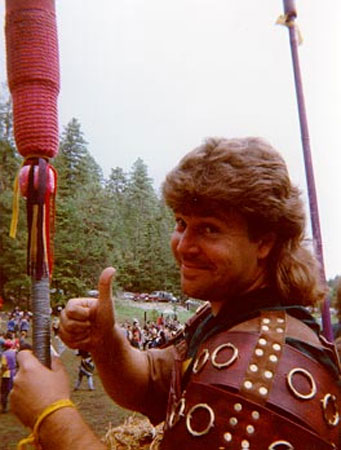 I defy anyone to name something that this man could do to change himself for the worse. He has a “Dukes of Hazard” haircut in the front, mullet in back, is wearing LARP outfit, holding a quilted lace with one hand and giving a thumbs up with the other. All of this with a genuine grin that seems to say, “I haven’t had this much fun since I was a roadie for Night Ranger.” 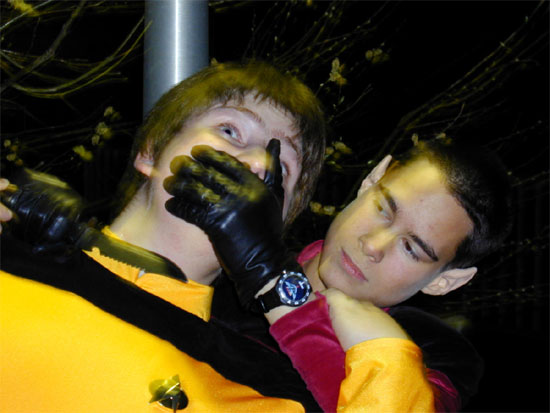 Did you think that LARP was confined to medieval times? Wrong, foolish human! LARPers know no boundaries! From 1100 to the year 3030, LARPers can step into any role or lifestyle that doesn’t involve a healthy sex life, legitimate culture, or painful, painful reality. Note the look of terror on the face of “Captain Kirk” and “Spock’s” look of deliberate calmness. That’s the hilarious thing about LARP. These people really get into character, although I have to say that Spock’s $12 watch looks a bit out of place in this futuristic setting. 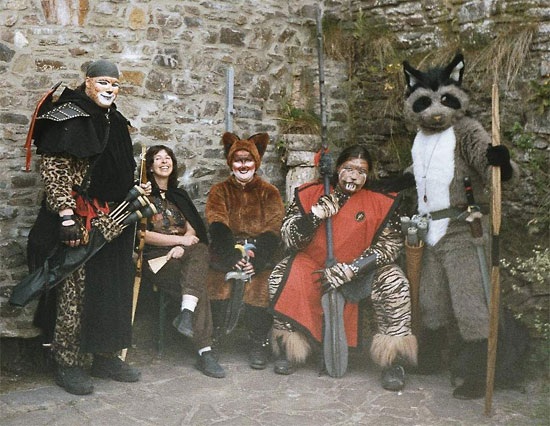 The most ridiculous LARP pictures, in a walk, come from an unfathomable collision between LARP and that I found on a German site. I guess this is better than gassing people. Maybe.

I wonder if the dude in the plush, Raccoon costume is the nerd of the group. Is the guy in the red vest thinking, “You know LARP is cool and all. I spend a few hours applying my make up every weekend so I can shoot plastic arrows at other adults, which is pretty fucking sweet. Greta has that partial fur costume, which is a little bit silly, but at least it hides most of her body from view. But fucking Dieter, man. A full blown, plush costume? Gay.”

Also, please note the extremely awesome bag of holding these LARPers left out of the group shot 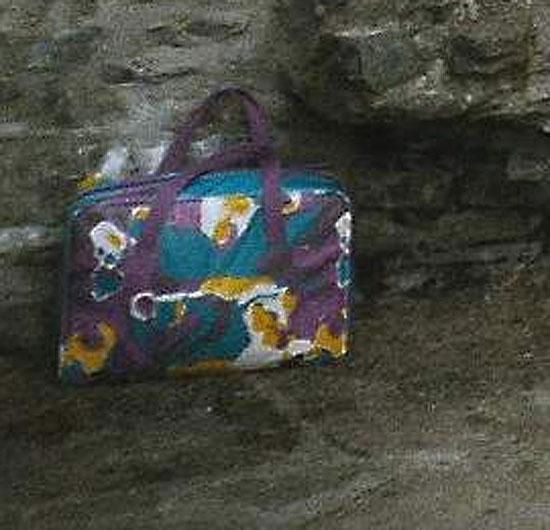 And your co-champion: a pic of the man in the furry little raccoon suit locked in mortal combat.