Paranormal Activity 5: The Marked Ones

Paranormal Activity 5: The Marked Ones 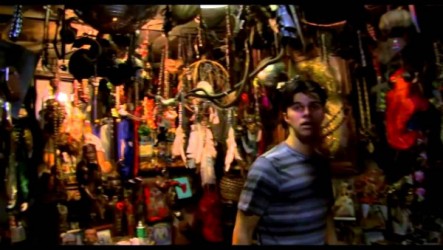 More Details, Please? The Paranormal Activity is repeating the established story arc, just finding more interesting people to talk about. This time around, it is Hector (Jorge Diaz) who is experiencing strange powers, shortly after graduating high school in Oxnard. Jesse (Andrew Jacobs) and Marisol (Gabrielle Walsh) are his friends. They are your sundry clique of irresponsible teens, with nothing to do except wander around trying to make viral videos for YouTube. Of course, Hector suspects that his down-stairs neighbor is a Brujah (that’s Spanish for witch). When said neighbor dies, the weirdness just moves upstairs….

This film is a ‘ghetto’ rebranding, but it’s far more respectful of the inhabitants of the apartment complex than Leprechaun in the Hood. Having the cast be almost entirely teenage Chicanos/Latinos  goes a good way to explaining the character’s choices: they’re too poor to seek a psychiatrist, too unconnected to consult a priest or occultist, too marginalized to call the cops, and too young to make very many intelligent decisions. The large amount of untranslated Spanish dialogue also helps to create an element of mystery to the social background- we never get a sense of who knows what in the neighborhood.

It’s best to understand Paranormal Activity as being like 12 bar blues. The structure is the same, but you’re supposed to enjoy the variations in the riff. The franchise has a developed well developed sense of what works and what doesn’t work in the found footage formula. This is actually a funnier film than anything else in the franchise. There’s a lot of joking around and teenage pranking before people start getting black-eyed and discolored. By being less serious and more fun, the audience actually bonds more with these victims than previous characters.

T & A: Somewhat higher for this franchise. One full frontal. 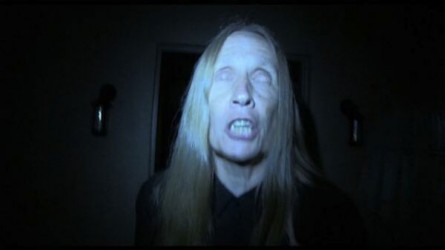 The Antagonist: Precious little new is revealed about the demons and the cult of Paranormal Activity. It’s still the same phases- noises, bumps, and possession of nostalgic electronics (anyone else remember Simon, the 80s talking frisbee game?) as a medium of communication. Some new powers are brought into the mix, but we have less of a sense of the dynamics and operations of the cult than was revealed in Paranormal Activity 4.

How Terrible is it all, really? It’s too short of a movie to wear out it’s welcome, eluding the dull stretches that plagued earlier films. It also ditches the Katie/Hunter familial story which was starting to become a drag on the film series. Paranormal Activity 5 actually manages to become somewhat fresher by ceasing to be about the problems of upper middle class white folks. As Ghetto reboots go, it’s one of the better ones. Paranormal Activity 4  was more inventive in the range of cameras used for gathering the footage though. In that regards, this film was a step backwards, though tankfully not plagued by much shakey-cam. Maybe Paranormal Activity 6 will be entirely from the footage of NSA Surveillance….

Moralizing/Schadenfreude/Strafelust: A relatively new one, which is that the quest for viral internet fame may lead to unpleasantness. Though it seems just as likely that Hector and Jesse would have ended up getting killed just for their habit of filming street parties and gangbangers, though.

Best Novelty Death: “Where’d he go?”- Why he went to jump off the cathedral to land on your car, of course.