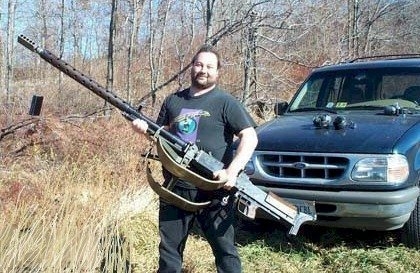 ED Note: This rant is in response to Erich’s The California Democratic Party is the Mafia rant.

I admit it — the man makes a good case. California is a shithole, as my wife has said at least three hundred times, which is why she left for good a decade ago. I’m not even going to attempt to argue that it’s anything but a terribly run, crooked to its foundations, overrun and overspent state. It’s fractured, broken, near collapse, and the best we can hope for is that one day it will crumble into the sea (that is once Team Ruthless has escaped to safer ground). That said, I think Erich, while having the right attitude about the pathetic state of the Democratic Party these days, has taken an extreme, atypical example of what happens when a state overtaxes its citizens and used it to damn a party that on the whole, has done at least a little bit of good in the world. Or more important, I have a counterexample of what occurs when a state doesn’t tax its people at all — Texas. Or, as I’ve heard before, “Mississippi with better roads.” Texas is true hell on earth, not only because it’s given us three of the most crooked Presidents in our history (to say nothing of its murderer’s row of rogues and scoundrels — Tom DeLay, Dick Armey, Phil Gramm, Jim Wright, Sam Rayburn, Ross Perot, Ken Lay, the Hunts, Jim Baker, John Connally, to name but a few), but due to its complete subservience to Big Oil. But my original point was its lack of state income tax. Here’s how Texas has dealt with such “rewards,” according to author Robert Bryce in his book Cronies: Oil, the Bushes, and the Rise of Texas, America’s Superstate:

And other, charming facts about a state that prides itself on “small government”:

Inspiring, eh? Take these sobering statistics about the increasing gap between rich and poor and combine them with a vocal (and powerful) majority who are not only Jesus freaks, but more than willing to push their bullshit into the public schools, textbooks, and the governor’s mansion. At least California’s maniacs have a bit of flair and know how to stage a good serial killing spree now and again. We’ll always remember the Night Stalker, for example, or that freaky UFO cult with the Nikes, but what can you tell us about that psychopath who slaughtered an entire Luby’s Cafeteria a decade ago, other than the high body count? Or those psycho-Christian chicks that kill their children for God? Texas breeds killers like weeds, for fuck’s sake; California, due to its proximity to Hollywood, merely gives us crimes with color and excitement. California, it is true, has a history of silly, incompetent Governors, but Texas churns out the dangerous, as well as the borderline insane [Ed Note: Uh, Nixon? Reagan? Danger!]. But more than that, Texas is the land of hypocrisy. California’s never tried to be anything else but that nutty state on the West Coast. Check out these heartwarming facts about the state that prides itself on “going it alone”:

What’s my point here, and how in the hell does it relate to Erich’s well-argued rant? In sum, I’m engaging in a pissing contest where I’m saying Texas (Republican down to its underwear) is far worse than California (which bleeds blue, Democrat blood), even though they both eat fucking ass. An absence of taxation, far from setting “the people” free, almost always makes things worse, and usually allows the rich to soak up the rays while the poor work for dirt. Texas is also America’s leader in low-wage, union-busting, pro-corporate bullshit, which means that unless you are an owner, you’re staying right where you are. If you’re still not convinced that Texans are destined to rule the earth, consider even more unruly facts from Bryce’s book:

And finally, I get to James A. Baker III, perhaps the most vile person walking the earth, save for those hours when Dick Cheney has risen from his coffin. Here’s a man who cheerfully charges clients $500,000 for making a two-minute phone call, although his calls are known to move mountains. He’s taken the side of the Saudi government in a 9/11 lawsuit. He’s used his law firm Baker Botts to help corporate criminals skip from the courtroom to a parade of rose petals, as well as installing a former employee as chairman of the SEC so that he can find no evidence of wrongdoing in Bush’s Harken stock sale. You know, the kind of curious transaction that would have given Kenneth Starr a raging hard-on and kept the right-wingers up Clinton’s ass for eight years. Baker is also the cocksucking motherfucker who flew down to Florida for Election 2000, spread some cash and influence around, and hit the airwaves to make sure it appeared that Bush was the winner. He’s acted as a lobbyist for Enron; been employed as “senior counsel” for the Carlyle Group; had such stellar clients as Halliburton, Dow Chemical, Exxon Mobil, and ConocoPhillips; and has used his stint as Secretary of State to line his pockets.

And we all know what Texas cronies have accomplished in Iran and Iraq. It all starts here — within these 262,000 square miles — the war, the empire building, the attempted colonization, and the bed-hopping with cuddly dictators who “suddenly” become evil. And with a healthy new 34 electoral votes (thanks to an influx of soon-to-be-minimum wage employees) for 2004 (12% of the total needed to win), it looms ever larger in the Presidential sweepstakes. As a whole, no state is more self-righteous, dirty, uncivilized, violent, and mean-spirited. No other state so cheerfully advertises its lack of compassion; it’s gutting-the-safety-net-with-a-smile spirit; it’s buried homoeroticism so painfully channeled into Friday Night Football and weekly lynchings. It’s belief that the Alamo is anything but a battered old church where a mess of dipshits died protecting Texas’ right to enslave blacks, or where the state capitol simply must be taller than the one in D.C., just because, well, it’s a dick thing baby. From trash to kitsch, big hair to war profiteering on a superhuman scale, Texas rules us all, holding our energy grids by the balls while asking the other 49 to take care of its Texas-sized mistakes.