MY FIVE MOST SHATTERING ORGASMS 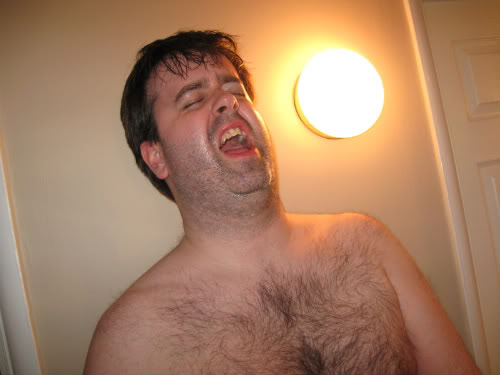 Engel v. Vitale, one of historys most important Supreme Court rulings, banned compulsory prayer in public schools, which itself led to more sweeping removals of religion from the public arena. Without this decision by the sort of liberally-inclined Court that seems inconceivable today, you might be forced to declare your love for Jesus in front of your school chums. But more than being long overdue and correcting years of religious hysteria, it served to piss off God and force Him to remove the cloak of protection from America forever, which means Earl Warren is directly responsible for Vietnam, the JFK assassination, and 9/11. Thats why we love him.

Ah yes, I remember it well. I was on my lunch break, relaxing with my Hot Pockets, when I heard that there were dozens of dead teenagers at some high school in Littleton. Alas, the number was reduced to a less-than-stellar bakers dozen, but my sweet release was achieved nonetheless. It was unfortunate that a few non-jocks, non-cheerleaders, and non-self-righteous Christians met their grizzly end (or perhaps not), but their deaths were more than acceptable because of the expiration of one Rachel Scott. If youve seen her father these days, hes staying away from drug and alcohol abuse by a slender thread, focusing instead on the bizarre idea that God killed Rachel to bring more young people to Christ. I can accept a murderous, hateful supreme being who kills humans for sport, but if that means more teenagers telling me about Eternal Life, Im not having it.

Roe v. Wade, perhaps the greatest decision ever rendered by a group of American gentlemen, ensured several decades of uninterrupted infanticide, which is a cause for celebration for all but the most weak-kneed among us. You can talk about choice, or the right to privacy, or any number of legal issues, but I choose to shake my misanthropic pom-poms for the elimination of wide-eyed, squawking dullards whose only mission in life would have been to make mine a living hell. Lets do the math for a moment, shall we? Even if the 30 million fetuses cited as concrete murders by the religious fanatics who oppose such social cleansing is off by a few million, wed still be forced to find food, clothing, and housing for these folks, and rents are high enough as it is. You may light your candles, say your prayers, or even quietly ask the deity for forgiveness, but Ill be in Arlington dropping my drawers, removing my member, and saluting Justice Harry Blackmun, one of the few mortals deserving sainthood.

John Walton, Wal-Mart founder Sam Waltons second son, was killed in an airplane crash today, which proves that, unlike Overkills killer tune to the contrary, evil does in fact die.

Some would argue that Ronald Reagans death on June 5, 2004 was the day the air seemed that much fresher, and the sun that much brighter, but I return to that crisp fall day when his ordeal truly began, which for the Gipper meant a full decade of verbal assaults launched at Nancy, shit-smeared and urine-stained sheets for the Dragon Lady to clean, and more ear-piercing gibberish than a trunk full of Peggy Noonans hyperbolic speeches. Ronnie, for every dollar you spent funding right-wing death squads in Central America, I hope there was a comparable minute of teary frustration as you tried to remember the name for that withered scab of bacon you held in your trembling hands as you urinated yet again on your neighbors lawn. For every fascistic commercial citing “Morning in America” while the cities fell further into ruin, I can only believe that there was an equally hellish evening spent chasing your already alienated children around the ranch with a butcher knife. And for every time you blamed the homeless for their plight, or refused to acknowledge AIDS because you were a homophobic creep, I sleep the sleep of the just knowing that your final years were hideous, torturous, and unbearably odorous.