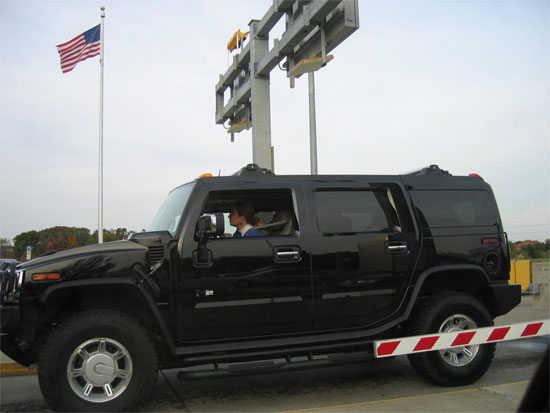 Her push for “one more chat” with the President would speak to me as something out of a Frank Capra movie; that small, humble voice helping to bring about a movement of such righteous power that the callous hypocrites inhabiting their smoke filled rooms would be forced to retreat with their withered, broken cocks between their legs. Alas, I am not inspired, and what’s more, I am in no mood to throw my weight behind her so-called “cause” to force a defiant administration to admit error, if not outright deception. Oh I believe her words speak to a mendacity unseen since the brighter days of Stalinism, but as is usually the case, I would be remiss if I attempted to separate the message from the messenger. In short, this is a crusade not by an innocent, or a purveyor of democracy’s stronger shades, but rather the most beastly, unholy creation in a land already teeming with disastrous designs of the human animal. She is, at bottom, a mom. The word in itself is benign, perhaps even warm and inviting, but when coupled with purpose and political pretensions, she becomes savagery itself unleashed; a rabid dog so vile and so dangerous that had I a choice in the matter, I would rather face an army of illiterate fundamentalists, as redundant as that might be. Moms, when imbued with a self-imposed sense of duty, do more harm than any other group in the history of mankind. How do you think prohibition came about? Mom’s must be stopped, even if they oppose America’s most prominent retard.

If there is anything worthwhile, or pleasant, or fun, or even challenging in American life, you can rest assured that a mom has opposed it. Notice how I say “mom” as opposed to “mother” or “momma.” While all three can hurt you if you aren’t looking, only “mom” holds any currency in the current cultural debate. From soccer moms to the Million Mom March, they use the informality to lull us into a state of security and nostalgia, all the while working diligently to strip the country of everything worth living for. And even when their great push falls on the left side of the aisle, the appeals to “innocence” and “decency” far outweigh any political alignment with yours truly. Because in the end, everything they do is “for the children.” All of life becomes filtered through that most heinous lens, that which brings everything back to how it might impact the brood back at the old homestead. One example comes to mind here, and while the story is specific to Denver, Colorado, it is no doubt familiar to all. The city of Centennial is facing a zoning crisis because a strip club wants to move in (and can, legally) but “no one” wants it in their area [Ed Note: Yeah right]. Arguments are numerous, but above all, what one hears on the news reports contain some form of the statement: “Not in a neighborhood, where MY SON might see it.” They cite the presence of churches, schools, and parks, as if strip clubs by their very nature should only be built in back alleys or poverty-stricken hellholes. One mom even suggested that she should not be put in the position of having to explain the strip club to her young one, who is all of FIFTEEN! Needless to say, the deluded hausfrau failed to notice the cum-soaked stacks of skin rags that threatened to overtake little Timmy’s closet the last time she cleaned. Hypocrisy aside, she also believes that women taking off their clothes for money is a direct threat to her hearth and home. It might be, but not in the way that she thinks. Perhaps the suburban-cow fears the extended absence of her already bored and overly-nagged and irritated husband who, heretofore, had used “work” as an excuse to stay away from the unrelenting hell that is family life, but now has a dark, smoky joint with alluring babes possessing skin wifey poo hasn’t seen on her own haggard frame in a decade to keep him away nights. Mom knows the old man can’t stand the fucking sight of her, and she’s trying to keep the faster, younger, exceedingly more interesting competition at bay.

Returning to Ms. Sheehan, we have a woman who was more than willing to send her ugly pug of a child to the battlefield, so long as the explanation given was one of “liberation” and the catch-all “defense of freedom.” But now, betrayed, she seeks an answer, as if she too does not hold some complicity in the matter. One can imagine this bellowing broad driving her gas-guzzling SUV around town while her “Support the Troops” stickers shine in the sun. She’d get all teary at her Army son, and even pause occasionally to remember those who “gave all” for world peace, or some such nonsense. She was a true believer, and would have remained so had her lummox of a boy not seen fit to get himself killed. Suddenly, and in a turn more shamelessly scripted than the average summer popcorn flick, she turned on her heel and saw that all was not right with the world; again, ONLY because the fruit of her loins received a shrapnel shower in the desert. Where was this creature before the fall? Had she stepped from her idyllic existence for any cause greater than herself until it got personal? At bottom, she was (and is) the vintage American mom. The world may burn and families be torn asunder, but when my front porch feels the sting, I’m strapping on the gear and getting involved. Too little, too late.