And so we beat on. 2005, like 2004, and pretty much every year I can remember, sucked so much ass as to be a parody of humiliation and sadness. People lived, people died, and I continued to wander about with tartar sauce on my chin under the delusion that I might one day accomplish something. Still, despite my utter worthlessness as a human being and status as a largely inept member of the human family, I am also blissfully powerless, and can therefore escape all blame for the current shit storm that passes for American life. And while I vote, read the paper, and stay engaged with current events, my opinions have little value in the world at large, save for occasionally impressing a virgin or two on the Ruthless Forum. Myself aside, the United States continues its backwards slide into the oblivion of superstition, religious fanaticism, and anti-intellectual decay, which has much to do with the current Republican stranglehold on all three branches of government, but is also the fault of a culture that would rather learn who Donald Trump is firing this week than the contents of the latest bill eroding our once-precious civil liberties. So while any worst of list should be peppered generously with Average Joes and Janes, let us simply agree that though the following scoundrels are limited to five and are, by and large, familiar faces, I will always, always blame the American people first: 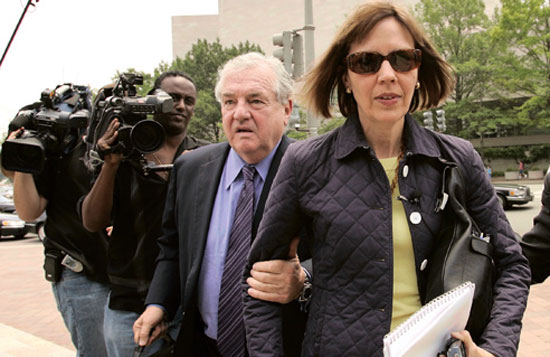 Setting back the cause of honest journalism to the era of William Randolph Hearst, Judith Miller, the so-called “reporter” for the New York Times who only recently slithered away in disgrace, is the years top scoundrel because, at this point in our history, there is no greater crime than serving as a handmaiden of power when one is paid — and trusted — to hold it accountable. Presumably over brandy and cigars after being rammed from behind by a hooded and well-oiled Pentagon brass, Miller recorded administration talking points, immediately disguised these well-fed lies as scoops, and helped build a phony case for a war that had no real purpose other than making money for those already burdened by bloated-bank accounts. As the nations top credentialed liar, Miller even resorted to principle when accepting a jail term for refusing to reveal a source, but, as expected, we later discovered that she was only covering her Cheney-ravaged ass so that she could one day be appointed to a top post. If I had my druthers, her victory as the worst human being on planet earth would inspire some lone nut to fix his sights on this narcissistic whore and reduce her opportunistic pumpkin to a bloody pulp. Gentlemen, we have our Tokyo Rose. 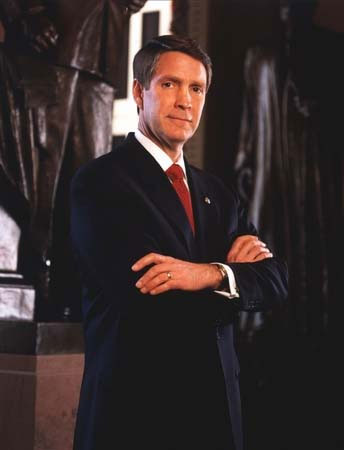 Sure, hes a doctor, so automatically we know that hes a greedy, self-involved cocksucker with little to no regard for the feelings of others, but thats far from his greatest crime. Even his corruption — which should not be a surprise when anyone owns a stake in a hospital chain, for chrissakes — is par for the course, and Id be disappointed in the guy if he didnt take advantage of his position as Majority Leader. No, Mr. Frist is an American Scoundrel because of his actions during the trumped-up Terri Schiavo case. He may be a liar, and a thief, and quite possibly a child molester, but I trust that his medical degree is legitimate, so he knew better when he cried that Schiavo was alert, happy, and all but ready to run the Boston Marathon. Using the corpse of a blind, brain dead young woman to score cheap political points with the fanatical right-wing is beyond contemptible; it warrants a closed-door Senate session whereby Frist is paddled with nail-boards, raped repeatedly by the Sergeant-at-Arms, and clubbed in the head with Terris feeding tube. Anyone willing to put their hard-earned medical reputation at stake for a few votes should make anyone who loves liberty sick to their fucking stomach. But thats Bill Frist — cat-killer, doctor, fucker, necrophiliac. 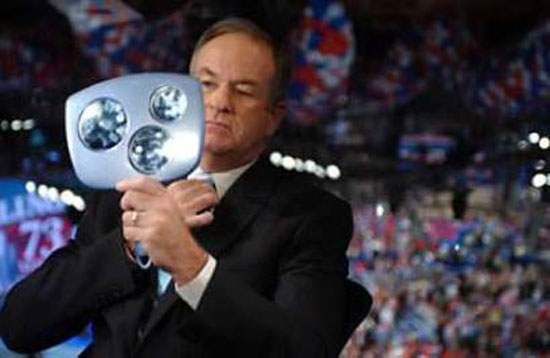 Hey Bill, this is getting a little predictable year after year, so perhaps you could put away your Irish cock just long enough to stay off the list. There are numerous reasons to highlight the crimes of Bill — liar, egomaniac, pervert, likely rapist — but above all, the Mick bastard deserves scorn for using his bully pulpit to highlight not crimes against freedom, violations of the Constitution, or the crucial battle for the Supreme Court, but rather the alleged War on Christmas, which is little more than the attempt to force schoolchildren to declare their undying allegiance to Christ Our Savior at the taxpayers expense. These fuckers, led by Bill, want the manger scene on the capitol steps, a mammoth crucifix in every public park, and at least one hour per school day each holiday season devoted to the hell-bound futures of the godless. Wasting our time night after night with what amounts to the intellectual equivalent of a cockfight, OReilly talks up a secular conspiracy that is apparently turning our nation over to bloodsuckers, Satanists, and baby killers. If only, dear Bill. Would that we had the power.

Addendum: Until The Daily Show pointed it out, Bill’s online store was selling “Holiday” gifts. 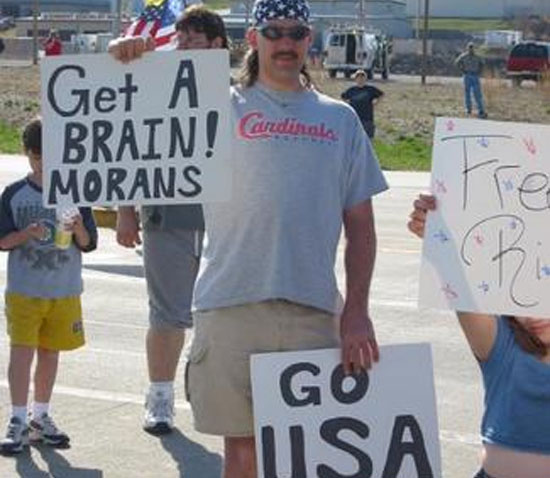 While recently defeated by a righteous judge (John E. Jones III) who is now my personal savior, the Dover school boards illegal push to place half-witted gibberish on the same level as sound science still warrants a caustic mention. I dont know the names of these pricks (and a few cunts, Im sure, if I know the average mom), but I can only hope their identities are released to the public so that bands of armed goons can meet them in their bedrooms, remove their genitalia, and force them to renounce Jesus before being ritualistically slaughtered in the bathtub. 2005 was a year for endless rounds of idiotic rambling passing as discourse, but few efforts so cheerfully pandered to mouth-breathing savages as readily. Intelligent Design, as we know, was cobbled together from assorted Bible passages and drunken rages, and posits the belief that because I said so is as rigorous a standard as peer reviewed research, genetics, falsifiable hypotheses, and testable data. Even (or should I say of course) our president signed on to the whole thing, arguing publicly, and without embarrassment, that the 19th and 20th centuries should be tossed aside and progress should be redefined as the wholesale retreat to the pre-Enlightenment. My hats off to you, Dover, as I thought I had lost the desire to kill without conscience. 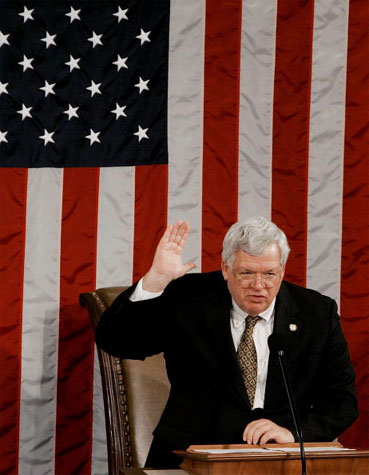 Historys most inept and anonymous Speaker of the House is also the most vile, as he has completely lost control of Congress, choosing to cede authority to criminals like Tom Delay instead of leading with a strong hand. Dennis, who on his best day is little more than Quasimodo clad in Brooks Brothers, has presided over a truly reprehensible body of dolts, dipshits, and rubber-stamping drones, the latest crime a funding bill for the troops featuring a rider that authorizes drilling in the last place on earth not sacked with a Wal-Mart. This disheveled, fat, sweaty former wrestling coach (no lie, the bastard likes watching young boys embrace, grunt, retreat, and fall to the ground in an orgy of delight), when not eating, dining, or gorging, surrenders the authority of a presumably independent branch of government to an administration that spies on citizens, tortures prisoners in the name of freedom, gives no-bid contracts to cronies, sits on its hands while poor blacks drown, interferes in a husbands right to help his wife die with dignity, clears potential Supreme Court Justices through some Christian schizophrenic in Colorado Springs, and shits on science, reason, logic, and equality under the law. At least Newt Gingrich openly took credit for his crimes.