THE ABCs OF ATHEISM

Life is: cutting your way out of the thicket of stupidity

and on occasions when you have passed your bramble

and find someone else’s, you wanna uproot that too. 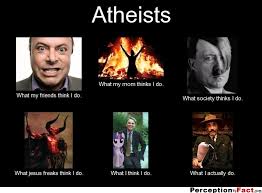 Agnostic-Almost an atheist, a Fence Sitter, Doesn’t know, doesn’t care, isnt sure. All of these and more can be used to describe an Agnostic. Some Agnostics might really be sincere about not knowing, but others might just be leaving the back door open just in case. Yet others might feel that there is no way of determining the existence or non-existence of a god. Regardless, its a legitimate position, but many strong atheists are repelled by this cowardly cop-out. Too bad, deal with it, there are people out there who just dont care.

Brights–A really unfortunate and stupid moniker that was dreamed up by some Atheists to bestow upon themselves. This movement was started in 2003 and its intention was to promote understanding of the Atheists naturalistic worldview. Instead it just made those who adapted this designation look like a bunch of egotistical jerks.

Claims-Atheists usually are not making any.  Being an atheist does not mean that you have to bring forward evidence about anything at all. If an atheist proclaims God does not exist!, then he or she leave themselves open to being asked the equally silly, proving that negative assertion, which cannot be done, well technically, but impractically it can  (for a thorough explanation read this).  The time honored, but almost never followed requirement is for those making the claims to provide the evidence. 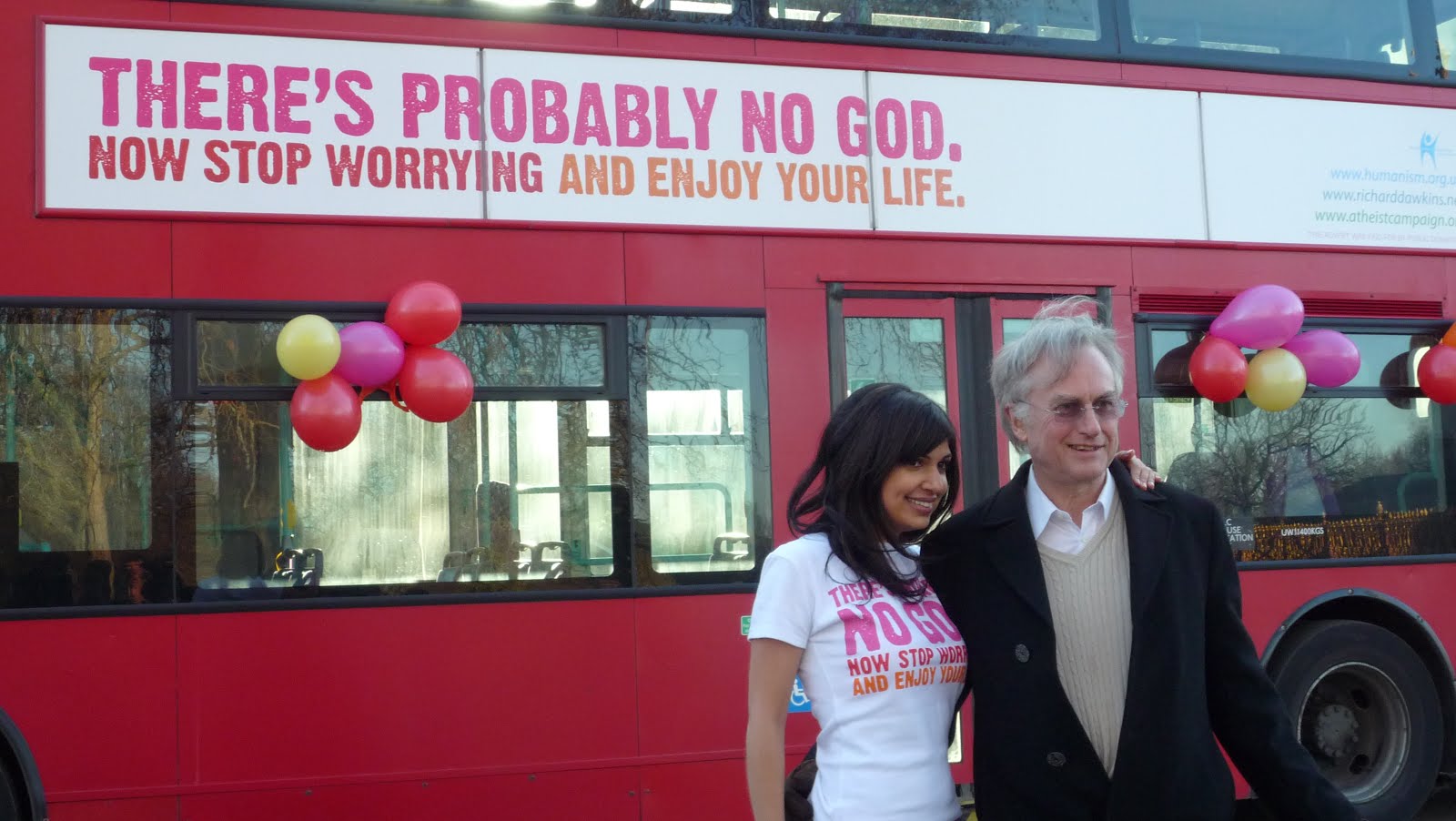 Deists–These are not atheists and concede the existence of a god, but just dont believe that this god or any god takes part in the affairs of humans. Might as well be atheists.or,might as well be theists. Like atheists, deists hold gods to be irrelevant, but like theists, deists slip god in without a scrap of evidence, so why not just use Occam and state that the universe, instead of having a creator, has just always been here or not.

Evangelical (Religious)Atheists-Atheism is a religion, just like Christianity. This, of course, is incorrect and the claim can be easily refuted. This is not to say that atheists cannot be passionate or vocal about their position but atheism is a religion just about as much as bald is a hair color or not drinking is some form of alcoholism. 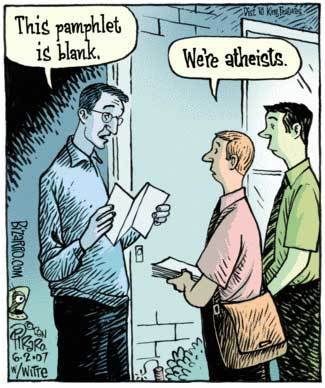 Flying Spaghetti Monster-Look, atheists dont believe in the FSM any more than they believe in the Christian god or SATAN, or any other god. The Flying Spaghetti Monster is merely a thought exercise for theists. Anything that can be claimed about any religious god can with equal validity be claimed about the FSM. Of course, this reality brings on rage and incredulity from the theist and frustration from the atheist.

God(s) Think about this, the well used assault by atheists to tell theists that You are also an atheist, I just believe in one fewer god than you do. (Richard Dawkins)  In reality though, Atheists, just forget it, and even though logically sound, it just does not resonate with the theist, but what else that you say DOES?

Hitchens, Christopher-A great mind and a famous atheist, this giant was the author of God is not Great and other thought provoking works.  He is well known for his devastating quotes.   If god really wanted people to be free of [wicked thoughts], he should have taken more care to invent a different species. –God is Not Great

Ideology-Like Philosophy, atheism doesn’t really contain any, but a really smart Believer can get an atheist ensnared in a granny knot discussing it.  Just stick to the basics, or you may be in for quite a fight, and you probably won’t win.

Jesus did not exist-Even though there is a compelling case for the concept that Jesus existed only as a composite of prophets and earlier mythical figures, the atheist will never get anywhere arguing this with a Christian.  Also known as mythicists, these scoffers are roundly derided by believers who, smelling any sort of victory over the atheists, feel confident that since they dont have much evidence for anything else in the Bible, at least they have sufficient evidence that Jesus actually walked the earth.

Pick your battles carefully and know your facts 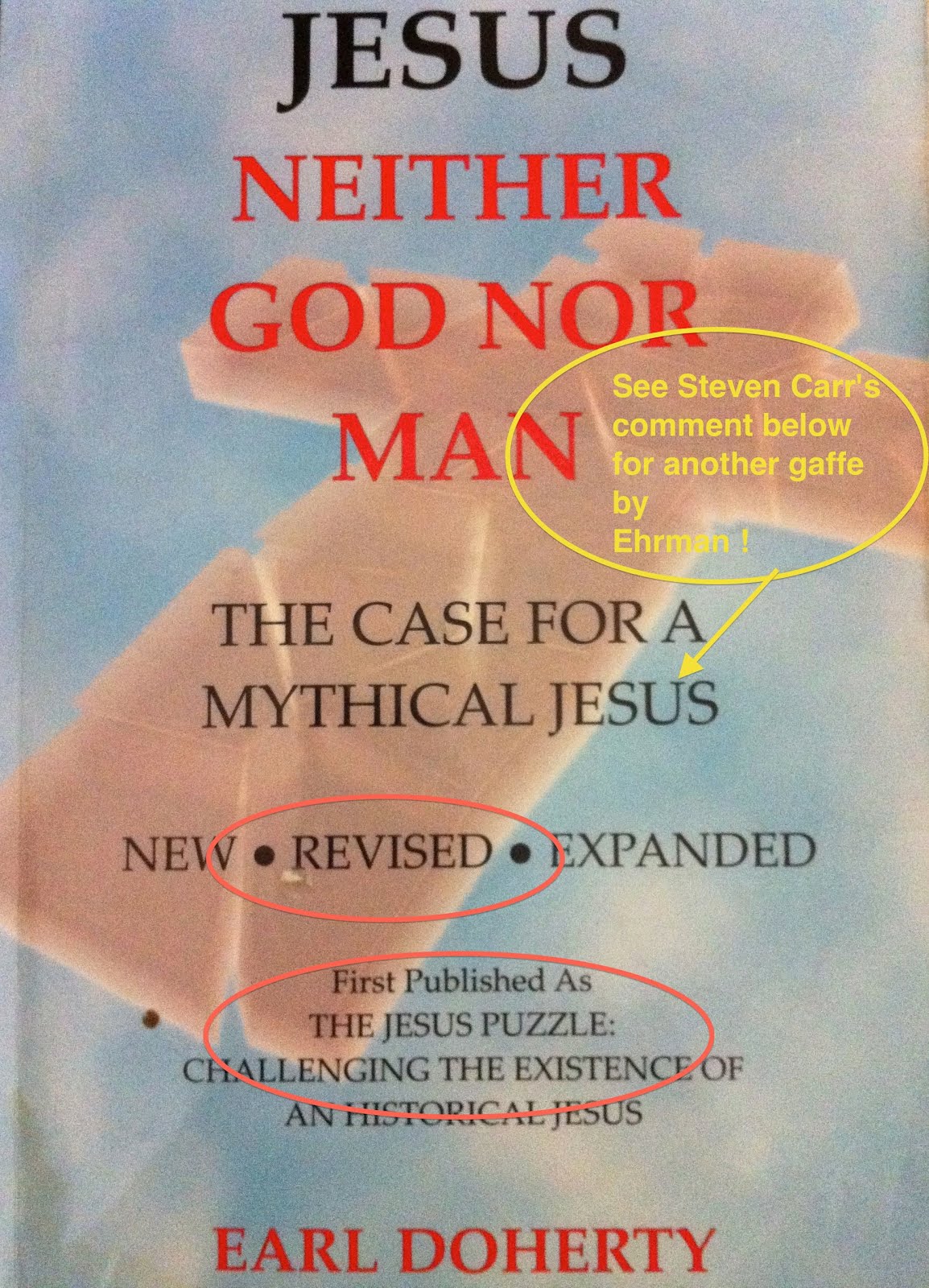 Karma-What goes around might just come around.  Atheists dont believe in this nonsense in a divine retribution way, but in practicality the principle can have some merit. Of course, with the regards to any afterlife the term Karma is totally meaningless to an atheist.

Logical Fallacies-Smarter than thou Atheists just love to slam their evangelical inferiors with accusations about invoking logical fallacies Ad Hominem Tu Quoque! the Atheist will smugly shout or write without considering the high likelihood that the recipient has no clue as to what you are saying. I mean, give it a rest now and then.

Militant Atheist– In reality, does not exist, but don’t try to sell that to an Evangelical Christian. 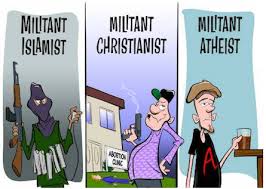 Nihilist-Atheists are commonly accused of embracing this philosophical doctrine. Believers often incorrectly state and assume that atheists cannot have a life with any meaning without gods. Theists say Ditto for morality, that it is not possible without god. These claims have been roundly refuted, Richard Dawkins wrote an entire book on this subject, Unweaving The Rainbow.

Occams Razor-The Fundie Slicer, the law of parsimony, the most common response when an evangelical states that there is nothing to lose by believing in god. In a nutshell, Occams Razor states that if given two solutions to a question, the solution which makes the fewest assumptions is probably the best solution. This concept is widely misunderstood by the believers, who mistakenly think that the atheists are trotting out an absolute.  Occam is only a guideline for drawing rational conclusions.

Philosophy- Believe it or not, atheism is not any sort of philosophical stance. Atheism is a conclusion that is reached as the result of weighing evidence or lack of evidence and comparing this evidence to what is observed in our natural world. In reality, atheism is the default state and only in the arena of religious belief or lack of it is such a designation thought to be required.

Quotes-Here are a few good ones from atheists:

The gods offer no awards for intellect.  There was never one yet that showed any interest in it. -Mark Twain 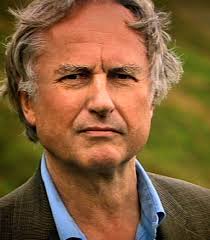 Senior Bush, George (About Atheists) -In an interview with Robert I. Sherman, a reporter for the American Atheists News Journal, when asked then V.P. and Presidential Candidate about atheists and citizenship, he got this answer.  No, I dont know that atheists should be considered as citizens, nor should they be considered patriots. This is one nation under God.

Turkey-This is not a very good country in which to be an atheist. Turkey has one of the lowest percentages of non-believers on the planet. You can get a year in a Turkish Prison for merely tweeting that you are an atheist in that country. The actual word in Turkey is ateist which is translated to mean someone who has no moral values, a sociopath, or a mentally psychologically ill person. Yes, I know, the irony is exquisite, but just dont write what I just wrote in Turkey. Oh, and dont walk the wrong way while inside either.

Us, Together, Cant We Just Get Along?-Chances are, NO.  Here is why:

I hope you IGNORANT FOOLS enjoy your ETERNAL SUFFERING in hot, bubbling hell pits.  You have earned your passage to HELL due to your faithless, heathen lifestyles.  BLASPHEMOUS HERETICS like you will get a special wing all to yourselves, right between the Communists and Abortionists. Soak in your own tears knowing that you will spend a MILLION LIFETIMES stewing in your own boiling, wretched excrement.

There is hope, you spineless, motherless MAGGOTS.  Even GODLESS HEATHENS like yourselves can be saved.  Go to the nearest Presbyterian Church, prostrate yourself before the image of the Savior and beg for forgiveness.  Otherwise expect your sweet pagan asses to BURN and BLISTER as SATANS SPEW coats your blackened hide.

It is no surprise that a GODLESS HEATHEN like yourself would have a direct phone line to the Great Dark One himself.  No doubt he whispers sweetly in your ear, encouraging your soft, squishy brain to perform damnable acts on grand proportions.

I can see that your ROTTEN, FETID SOUL is beyond salvation, so I encourage you to detach yourself from the Internet so your Satanic Propaganda does not pollute the young and impressionable minds around you. Please take a dip in a scalding pool of sulfur.

Vendetta, Atheist-Most atheists do not have this against Christians or any other religions.  Heres the deal with most atheists.  We dont care WHAT you believe, no matter how bizarre and whacky. The concern of most atheists is when the religious belief and practices spills outside of the churches and homes and into the political arena. Atheists care when religious belief of others tries to dictate the reproductive health of women.  Atheists care when believers state that their religious law must supercede secular laws. Atheists care when believers somehow think that their beliefs and rituals are not subject to what is written in the U. S. Constitution.

Why are you so bitter/angry/hopeless?  This is how Christians or other Believers really feel about atheists. To give them credit, many theists are quite happy with having chosen to believe in gods. That is wonderful, but consider this quote:

eXcommunication (separation) from god- The Fundamentalist has no problem with what to do with atheists, they are just sent immediately to a fiery hell. For their more liberal and less dramatic counterparts, the problem of Why should an atheist believe or be saved becomes a little more complicated.  I mean, if there is no hell, then what is the need for a Savior? There are only a couple of ways to go with this dilemma. One is that god and belief provides some road map to morality and the other is that the atheist will be separated or excommunicated from god for eternity for not believing, i.e. in a hell comprised of mere oblivion. Neither solution provides an answer for the atheist, all of whom seem to be just fine without gods morality or fellowship.

Yossarian-The poor, mistreated hero of Joseph Hellers masterpiece Catch-22, Yossarian was one of the most jaded atheist characters ever. In the Thanksgiving scene with Lt. Scheisskopfs wife, he was able to skillfully elicit one of the greatest unintended responses ever about god:

Yossarian-  I thought you didnt believe in god?

Lt. Scheisskopfs Wife: “I dont, she sobbed, bursting violently into tears. But the God I dont believe in is a good God, a just God, a merciful God.  Hes not the mean and stupid God you make him out to be. 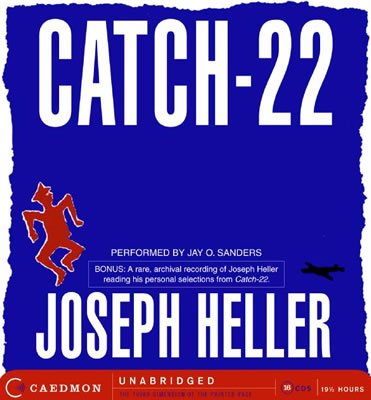 Zero Sum Mentality-This is probably one of the more legitimate arguments that the theists have against the atheist.  Of course, exactly the same charge can be made about the theist as well. There is not much middle ground in the debate over god v. no god.