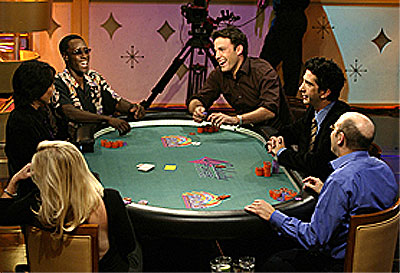 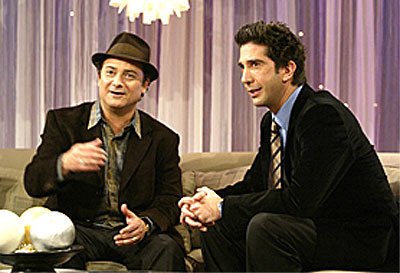 The first episode of “Celebrity Poker Showdown” features five celebs. David Schwimmer is just horrible. On several occasions he would have looked like a more sophisticated player by trying to eat his chips. Don Cheadle is just your run of the mill fish who calls big raises with 5-4 suited. Only Ben Affleck came off well, doing nothing to tarnish his reputation as a solid player. He was also the only player who seemed to be taking the game seriously. I had never heard of the other two celebrities, but neither of them can play and one kept running around the table and jumping up and down. My research indicates one of them plays the gay guy on Sex and the City. The other woman gave oral to George Clooney one time on E.R. I’m making that last part up, but I am sure it’s true.

The issue for most people with this show, however, is entertainment value. Unfortunately, “Celebrity Poker” isn’t very fun to watch because it suffers from the same problems as “Celebrity Jeopardy.” Most of the celebrities suck at the game and more importantly don’t take it seriously. So what’s the point? A lot of this has to do with how the show is produced. Half of the broadcast is the celebs sitting in the “loser lounge” and yapping. You see a total of maybe 12 hands. I’m sure the producers discouraged the players from being selective with hands, hoping to get the game over quickly, which takes most of strategy and skill out of the game. The result is that the whole thing just feels half-assed. I realize, of course, that Celebrity Poker is not The World Poker Tour and more importantly is not intended to be. Still, if the game is not serious at all, why even play? Just have celebs sit around a table and bullshit. 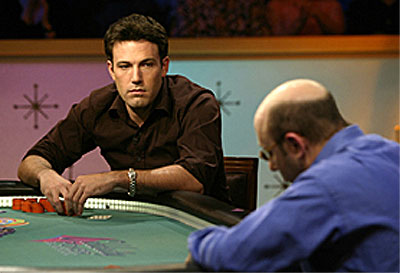 The worst thing about the show is the audience. Where did they find these people? It sounds like they rolled every short bus in LA up to the studio, gave the kids all the Jolt Cola they could drink then taped said show in front of a bunch of hopped up special eddies. People were constantly shouting all kinds of nonsense. There wasn’t a moment of silence. It was annoying, but also strange. I don’t want to make it sound like I hated the show. I was just disappointed with it. There were a few interesting hands of poker, which means it was the best thing on TV at the time. By far. I might even watch again. But it could have been much, much better.