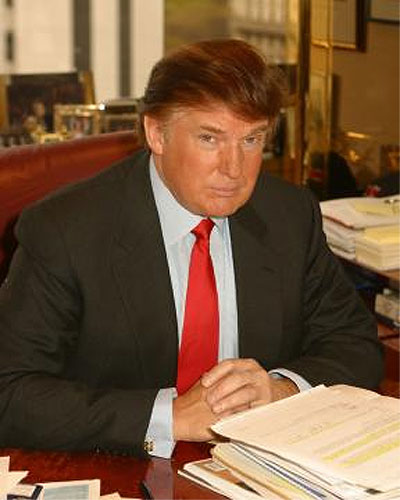 Who knew that the 1980s would make a comeback so soon after they ended? Perhaps they never really ended at all. From a secretive, corrupt White House with a trained chimp at its head, to a spiraling federal deficit, to the concern with terrorism, the fads, fashions, and philosophies of that tackiest of decades have returned, all without anyone really asking them to. And we also have Donald Trump — massive ego and appalling comb-over still on display — shouting at us from televisions across the country. Only this time, instead of reading his manuals of financial success, we are watching his new reality show The Apprentice. It is from the same creative team that gave us Survivor, so it pretty much follows a similar course (teams compete for a reward and immunity, people forge loyalties, a few fuck up, and then one by one they are “voted off,” or in this case “fired”). The only difference is the setting and the tasks the teams are asked to perform. Here, instead of some isolated jungle paradise, the two teams (here divided into men and women, although something tells me that there will be a shake-up, as that is what every season of Survivor features) are battling it out in the boardrooms of New York City, with the winner being hired to run one of Trump’s companies for a cool $250,000 per year. In reality, of course, the winner will get a fat check and go home, as Trump didn’t get rich by hiring unqualified wannbe actors off the street. But isn’t it more exciting to think that the lone survivor will actually work alongside The Donald? Maybe not. 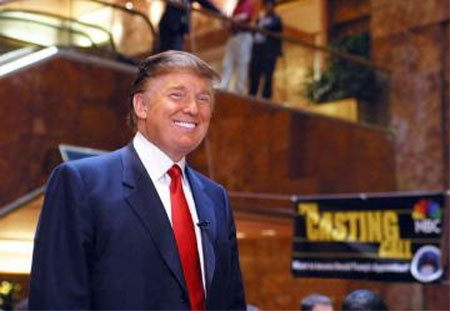 In many ways, The Apprentice is the same tired shit re-packaged and re-sold to us as “new,” but I will admit to being a bit more interested this time around. There are the usual grating “types” — the sensitive guy over here, the bitchy gal over there, etc. — but what they are required to do is actually somewhat kinda interesting. Instead of dull raft races and hacking open coconuts, the teams must exhibit actual business skills, albeit in a controlled environment. The first episode featured a competition to open a lemonade stand from scratch, while the second show had the contestants devise an advertising campaign for a fleet of corporate jets. While I am certain that the editing team conveniently left out the endless waiting around while the real professionals did the work, what we do see at least requires some level of thinking, at least in terms of what might be asked of a person while on the job. I don’t know — I guess it’s easier to relate to a stressed out group of guys crafting a marketing plan that will please a corporate board rather than half-naked dullards eating bugs and boiling rice (not like Ill ever do either). 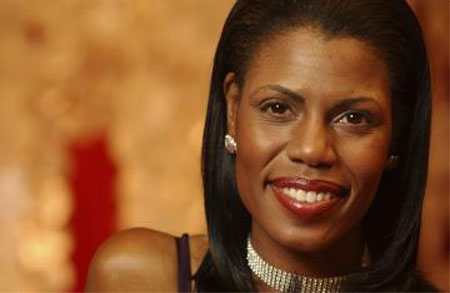 Again, I feel tremendous guilt in recommending any show from that most heinous of genres, but when it works in that context, I suppose even I must reluctantly sign on. Donald Trump appears only briefly, usually to bark commands and happily fire the most incompetent, but he does a decent job of playing up his image as a Ruthless bad guy. He’s clearly the reason why people are tuning in, or perhaps, in this Bush economy, they want to see someone else fired for a change. But I also suspect that Trump’s triumphant return to the public eye is more about resurrecting the Reagan Era, complete with fawning displays of wealth and the allure of unfettered big business. That might seem a bit odd given the recent wave of corporate scandals, but capitalism is all about reinvention and image, and it is as much a makeover for our system as it is for one of the most recognized symbols of its excesses. See, corporations can be fun!

I read somewhere that more people applied for this gig than any other reality show in history. That might be true. Still, the thousands of starry-eyed believers who lined up for a shot at being grilled by Big Don are no different than the countless folks who gave it their all for The Real World or The Bachelor. I have no doubt that people can be as shallow, manipulative, melodramatic and snippy as the people we see here (actually, you can count on it), but it is clear that everyone is pushing their roles just a bit further from the realm of the authentic. The two Trumpies (actual Trump employees it is claimed) who help Donald with the dismissals once the losing team hits the boardroom are clearly reading cue cards; that, or they resent the hell out of Donald for forcing them to do shit like this to keep their real jobs. They barely register and don’t even seem real. The guys are exactly as they are expected to be when together — slyly homoerotic, aggressive, and vain — but it is the women who really shine. They buzz around like hell on wheels, practically ripping out the spines of their fellow gender as they play to win with more intensity than the men could ever hope to muster. Their behavior is definitive proof that women are their own worst enemies and hate each other with a white-hot rage. In fact, I contend here and now that there is a glass ceiling solely because the few women in each company conspire to keep out younger, leggier competition. 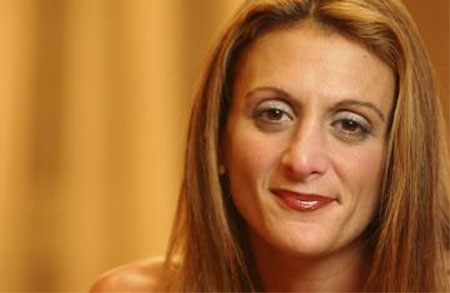 And it must be said that, right on schedule, an accusation of racism was tossed out before the second episode had even finished its run. The one black chick on the show — a self-proclaimed “strong black woman” (code for “fucking bitch in a darker hue”) — was berating some hostile white girl and after an insult, the white girl said “that’s the pot calling the kettle black,” although she did screw up the wording a bit. Still, the jumbled words were not nearly enough to warrant the black woman’s reaction. Instead of dealing with what for most is a rather common expression, the black woman’s brain heard “blahblahblahblahblahBLACK.” Then the shit done hit the fan, girlfriend. The white woman was all but accused of being responsible for slavery, and she failed to defend herself, much like the man who used the word niggardly in a public forum and was nearly castrated by a room full of people only faintly acquainted with the English language. That man resigned and this woman backed off, which only proves that we long ago abandoned the notion that common sense and reason should govern the minds of men. That small moment of “racial conflict” seems to be a standard in all reality programming, which either proves that we still have buried racial issues that largely escape notice, or that TV producers continue to understand that few things spell drama like white against black. Two big-titted bimbos on a game show is hardly Selma circa 1965, but we’ll take it.