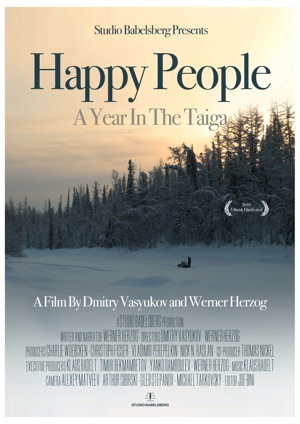 Happy People: A Year in the Taiga

Subsistence trapping at the most brutal level.

A documentary by Werner Herzog

I just finished watching the 9-part series: Alaska:The Last Frontier and it was great. This series showcases the lives of the second and third generation Kilchers, who for decades have been homesteaders on the rugged Alaskan frontier. These people are impressive and quite hard-core as they fish, hunt, drive cattle, deal with predators, and pretty much live off of the harsh landscape of Alaska. This lifestyle is not for the faint hearted, because these people do everything, I mean everything, and the patriarch, Otto Kilcher is quite amazing. There is no way I could ever disrespect what they do, the Kilcher family just get it done. 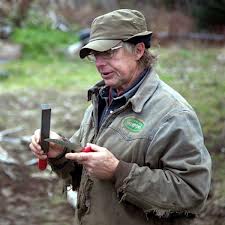 The reason I mention the Kilchers, is that here we have another documentary by the one and only Werner Herzog, so you know it is going to be badass. We here at Ruthless love everything Herzog, so there is no question as to the excellence and ruthlessness of this film.

While the Kilchers are hard-core, Gennady and his fellow trappers are beyond hard-core, as they hunt and trap not in the comforts of rural Alaska, but in the heart of the forest boreal, the taiga of Siberian Russia. Now the Kilchers do not have electricity, running water or indoor plumbing, but these trappers in Russia have virtually NOTHING. I mean, for christsakes, this guy is shown making his skis from a freshly whacked tree with an axe and a wood wedge, sneering and chuckling in contempt for store-bought skis. Yes, that is pretty Ruthless. Just about the only concession that is made to any type of technology is the presence of the snowmobile and even his rifle looks like it was forged in the Middle Ages, I mean really. 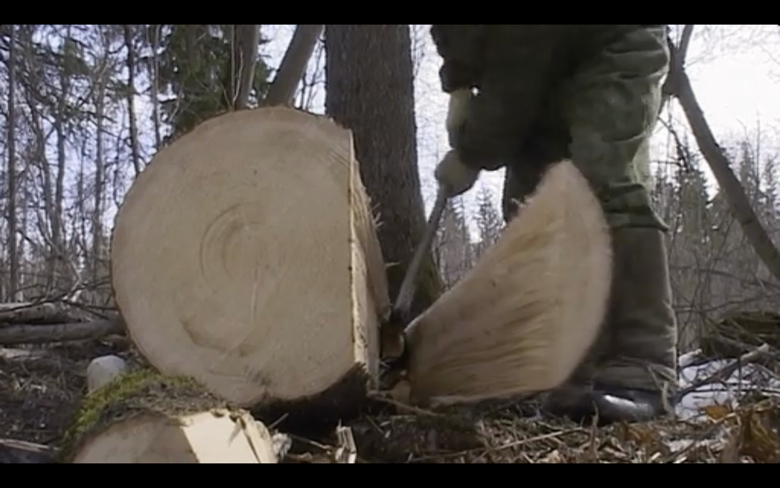 This film was originally a 4-hour documentary by Russian director Dmitry Vasyukov, but Werner Herzog worked his magic to whittle it down to a very watchable and highly informative and enjoyable 90 minutes. Herzog briefly brushes on the harsh life of the village of 300 people who are deeply isolated in central Siberia. This village is totally isolated and only accessible by helicopter or boat the couple of months that the river is not frozen, but in typical fashion Herzog focuses on the individuals involved, not the community at large, with his deadpan but always intriguing narrative. This time it is on the rugged life of trapper Gennady Soloviev. This guy was hired by the Communist Government in 1970, promised support, but in essence was just dropped by helicopter in the middle of Siberia to fend for himself as a trapper. That anyone could even survive, much less thrive is astounding, but Herzog doesnt deal often with sissies, so here you have one of the most ruthlessly efficient survivors ever. You see him against the haunting, but deadly landscape of a Siberian winter where it is -50, Celsius or Fahrenheit, it doesnt make a bit of difference. Herzog jokes about the last day of December, it has been much warmer than normal, with temperatures of only -30 that day. Gennady is a spectacle with this rifle slung across his back and an axe in his belt that looks like it could lop off the formidable orb of even a Matt Cale, with one fell swoop. 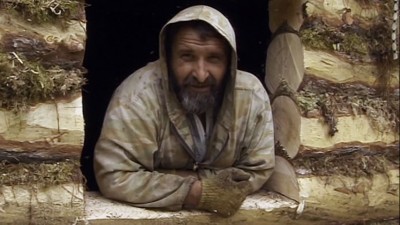 The interviews with Gennady are particularly rewarding and revealing as he often waxes philosophically about his chosen profession and especially about his relationship with his hunting and trapping partners, the dogs. There are unwritten rules in trapping and unethical trappers, but neither Herzog nor Soloviev dwell on the negative aspects of the trade. You have to think, however, without it being spoken at all, that the poachers or unethical trappers are probably dispatched with a brand of local justice and just disappear. Not only are the people here tough and ruthless, their dogs and hunting partners are not coddled in any form or fashion. The dogs sleep outside, even in the coldest of weather, are not overfed and never ride on the snowmobiles, they just run behind, for miles at a time. There are a couple of great sequences that show the relationship between man and dog. One is where the hunter and his dog work together to dislodge some unfortunate critter from his cozy log home. Using fire and sheer intimidation, the man runs the critter out of real estate and once flushed out the dog does the rest. The next sequence is a rather touching account of how one of his favorite bitches (dogs) was killed by a vicious bear attack. His dog dies defending his master, and good dogs are hard to find, especially for this kind for work. It is all about the dogs here, and their place in this brutally harsh society. He muses again, some men almost eat out of the same bowl as their dog. Really, holy shit, everyone knows their place here and give it to Herzog to exploit what is the biggest subplot of this documentary, i.e. man and his best friend. This is the best explanation of K-9 domestication and symbiosis that I have ever seen, so leave it to Werner to do us the honors of the obvious. I mean, fuck cats, get a dog. 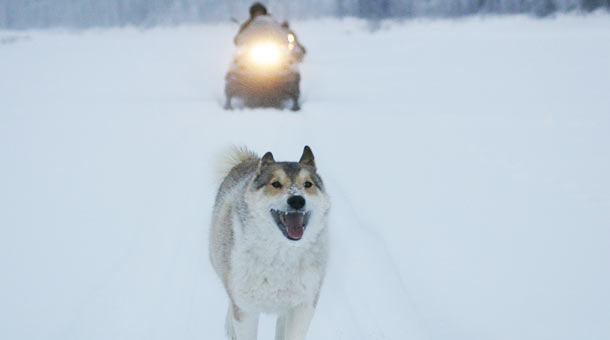 The scenery and cinematography are breathtaking, as you would expect, and although all seasons were represented, the Winter Season is what this thing is all about. Again, for the most part the Kilchers of Alaska are safely in their homesteads most of winter, but the Siberian trappers do what they do at the harshest time of year and at one of the most inhospitable locations on the planet. We see the trappers build their instruments of death out of trees and branches, primitive, yet highly effective in trapping the sable that is their livelihood. Hypocrisy and hand-wringing are done away with quickly by Gennady as he muses that Come to think of it, we all are killers or accomplices and in the taiga an animal knows that no good can come from a man. There is no pretense, no grey areas here, it is just ruthless survival without equivocation or reckoning.

Thats enough of the dog, how about the man? He comes to one of his hunters cabins after a long days work and finds it crushed by a fallen tree. Just a few whacks of his axe and a 12 diameter tree is dispatched. This guy is amazing and makes me want to fly in to Yakutsk and head out into the wilderness where I would perish in about 30 minutes. These people are beyond human and they return to the village to celebrate New Years and a Christmas without Jesus on Jan. 7, how awesome is that? Our hero returns to the village with his dog who has been running steadily for 100K in temperatures of -40 or so. No problem, Jesus! I mean how tough can these people and their dogs be? The women are barely acknowledged or mentioned, Well, I guess well be alone again his wife states pensively as Gennady heads out again into the mists of darkness and incredible cold. Mr. Herzog, thank you, you did it again.