Home / Featured Posts / Into the Abyss 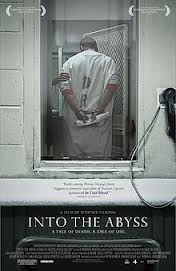 Capital punishment and the will of God

A documentary by Werner Herzog 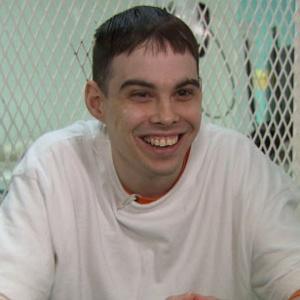 This documentary centers on death row inmates in Huntsville, Texas, the state that leads the nation in executions, no real surprise here. As usual, Herzog does not let grass grow under the feet of his documentaries, as the film opens with a rather painful interview with one who has one of the most unfulfilling jobs ever, that of a Death Row Chaplain. As you know, God saves no one except in the imaginations of sinners, and the worst of the worst sinners are here on Death Row. Even a hardened non-believer like myself had to feel a little sorry for the guy as he tried to make out God as anything less than a brutal accomplice in the needless taking of lives, either by means of a senseless murder or by state of Texas retribution in the form of capital punishment. “We have a loving, caring, merciful, forgiving God!” the Rev. Lopez confidently states, and then immediately and ironically outlines the stark reality that God is not there for any mercy, not for the victim or the executed. He is not let off the hook as Herzog asks the obvious “Why does God allow this to happen?” and the Chaplain, to his credit, simply states that he does not know and then proceeds to wax emotionally as to how life is precious and laments his (or Gods) inability to stop the process of death. This Chaplain will probably be an atheist within a year, Hectors Law is alive and well in Texas. 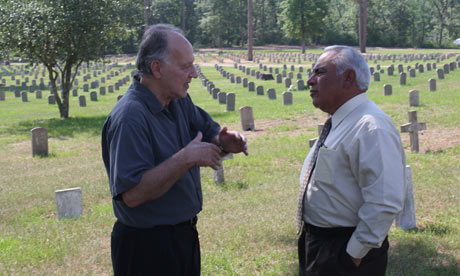 The first death row inmate interviewed is Michael Perry and he is of course, a devout Christian. Virtually everyone in prison is a believer and wants to somehow be absolved of their hideous crimes. From the hapless Chaplain down to the most ruthless cold-blooded killer, they all insist that God has a plan and of course this plan is not knowable or understandable. God’s plan seems to be every bit as senseless as one of the brutal crimes, where Perry and Burkett shot and killed three people they knew, simply because they wanted to drive the mother’s red Camaro. I’m either going home, or going home to God Perry bleats, with a goofy demeanor that is both funny and pathetic at the same time. God’s plan baffles me as well, I will be the first to admit this. I guess in Gods mind, it is more appropriate to let a mother who is baking cookies to be brutally murdered than to just miracle another red Camaro for these two creeps, but no, blood must be spilled, lives must be lost. God does indeed work in mysterious ways. 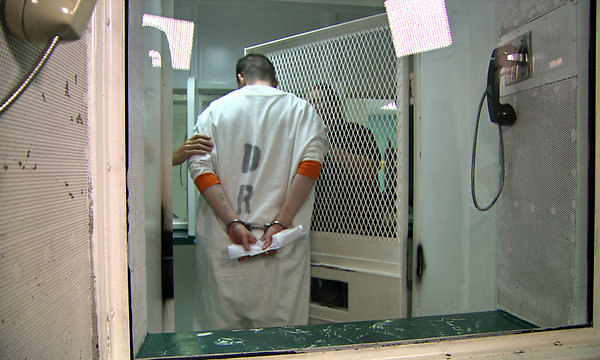 After watching this riveting and horrifying documentary, its hard to not conclude that the Abyss that Herzog is referring to is the state of Texas, in all its gun-toting, god-fearing glory. This film exposes the White Trash underbelly of our society and their indifference to senseless violence. After the interview with the grinning, sardonic and creepy Perry, the crime scene is revisited in an eerie pass through that was typically Herzog. Three people were brutally murdered for no other reason than the childish desire to joyride in a fancy car, and the inconvenience of being locked out of a gated community.

As is his wont, Herzog concentrated on his unique and revealing interviews with those involved in the hideous crimes and those left reeling and pensively gutted by the horrible aftermath. Considering that there was only an hour or so spent with these individuals, the results were rich with insight and pathos, and no individual was more pathetic than Jason’s father, Delbert Burkett. He readily takes responsibility for his sons wretched and failed upbringing and is embarrassed and devastated by the fact that he and Jason have the dubious honor of being a father/son duo in the same prison. This is a genuinely beaten man, who has failed at life, but ironically his greatest success was in testifying to spare his son the death penalty. 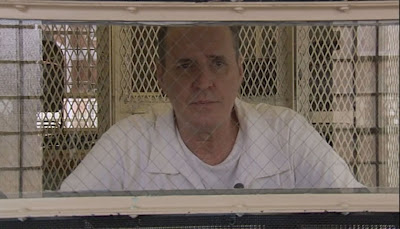 There are other memorable interviews, from the shell-shocked aunt of one of the victims, who has removed phones from her house to ward off any more bad news, to the totally burnt out executioner, suddenly leaving his position and forfeiting a pension because he just could not take it anymore. Herzog looks deep down the viewfinder into these lives and gets his usual amazingly candid comments from his subjects. The most bizarre player in this parade of wrecked lives was a death row prison groupie named Melyssa, who actually married Jason Burkett and claims to be carrying his baby in spite of the fact that their marriage was never consummated. Yes, she is dead serious, articulate and unshakeable in her story. Leave it to Herzog to shake the limbs of the weird tree with maximum efficiency.

This documentary is excellent and covers a lot of ground. Certainly it is about the barbarity of capital punishment, Herzog is clearly against it even though he doesn’t trumpet his views as he quietly does his work. I did not view this film intending for this to be yet another Rant against religion and its wacky followers, but one cannot ignore the callous indifference and rationalization that is the general outlook of every believer in this film. There is not a drop of remorse shown in the countenance of Michael Perry. He is Saved. He is forgiven. He is going to Heaven to be with his Lord. As for the carnage and wrecked lives he left behind? That is swept away again as just part of some grand, mysterious, perfect and unknowable Plan of God. Even the Chaplains words are hollow and sour as the unworthy masses just accept senseless murder and the barbaric strapping of another human being to a gurney for the sole purpose of taking yet another life. Its Gods will. Its Gods plan. This is the abyss.