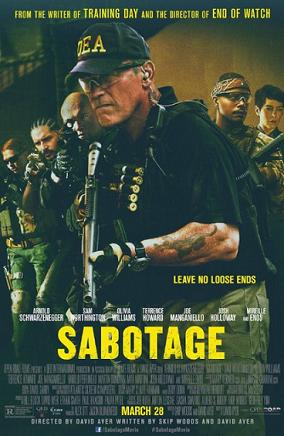 Story about undercover feds you wrote at age 13.

One running joke insists it’s hilarious that a man’s back-tattoo-in-progress resembles a penis. A pair of vehicle-bound feds on stakeout duty discuss the physical logistics of urinating into a shared Gatorade bottle. The lone female in the redneck-badass DEA squad seems to be turned on by other ladies.

The one thing Sabotage does right is spray some blood & guts, although a hefty portion of these corpses are the result of killings that occur offscreen, alas.

Sabotage is the story of elite DEA task force agents 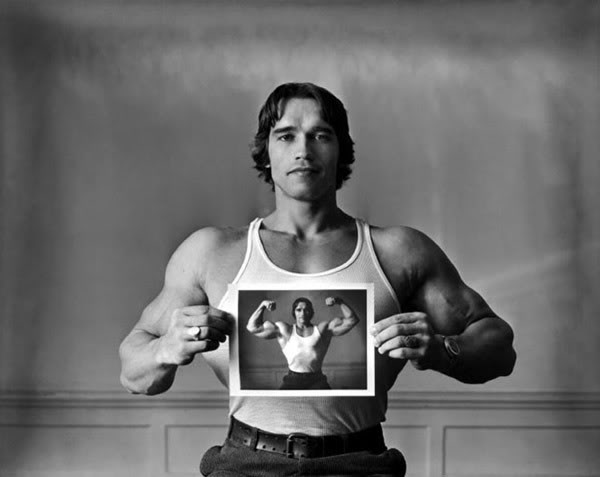 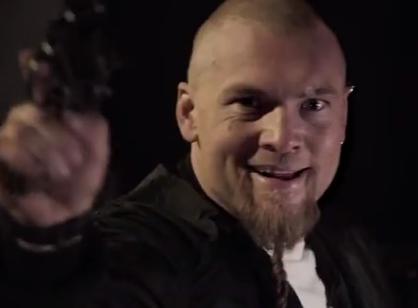 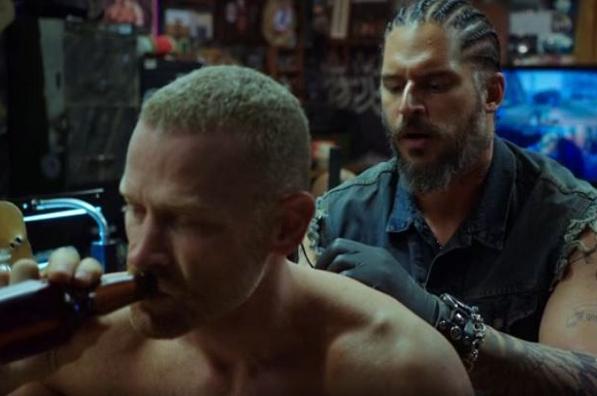 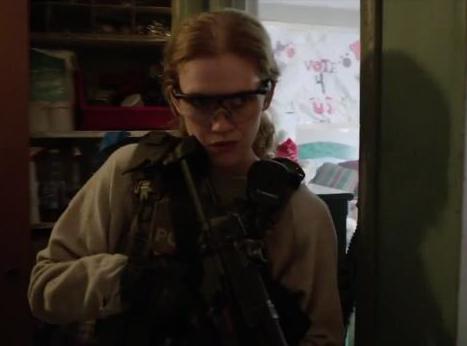 doing things that no domestic American elite force has ever done, except in the movies. They rip off a cartel’s cash stash, evade their chain of command’s suspicions, toy with a special investigator from the FBI, conduct shoothouse training sessions with live ammunition while one of the squadmates is tripping on narcotics, and get hammered on booze together regularly.

Some Mexican punks start killing these DEA dipshits one by one, so Sabotage becomes a bit of a mystery procedural. Schwarzenegger is the team’s commander, and for some reason he smiles throughout the narrative, even in the moments just after his DEA brothers-in-arms are found mutilated. The director must have forgot to impart to Arnold that his motivation scene to scene wasn’t to be jovial after the brutal deaths of the most important men in his character’s life.

{Okay, you’ve just seen the remains of your fallen comrades brains on the side of the road. You would have given your life to protect him. Now light a cigar and crack a joke no one gets. Perfect. Cut! Let’s go grab a beer.}

For all the details that go into the set design, props, and dialogue jargon, the way in which the protagonists conduct their training, make cowboy tactical decisions in the field, and avoid any semblance of professional standards badly undercuts other aspects of Sabotage‘s would-be semi-verisimilitude.

An early scene depicting the removal of a toilet overflowing with feces, so that a scheming DEA crew can throw bags of money into a cavity that reaches the sewer system, almost convinces the discerning viewer that David Ayer’s film is a mocking meta-exercise — something is literally full of shit and having money thrown at it, an accurate description of his film career.

At some point the script’s indiscriminate vulgarity becomes naught but an indication that a character isn’t quite out of breath. After the umpteenth utterance of “fucking,” the word loses the ability to do anything more than herald a noun.

If I see any of your faces, I’ll fucking kill you. Ammo’s cheap. My life ain’t.

Schwarzenegger excuses himself from a pair of incongruous cops trying to interrogate him: 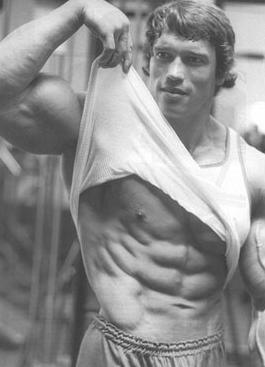 One of the DEA anti-heroes says something about a finger in the devil’s pussy, a line that must be blu ray sales bait, as only a writer-director’s commentary can clarify such a colorful linguistic monstrosity.

Yes, a futilely inept chief, more bogged down by bureaucracy & suspects’ 5th Amendment rights than by actual stupidity. His own internal investigation fails to net a single corrupt DEA agent’s arrest, despite the fact that everyone knows several corrupt agents are operating under his nose.

Sabotage’s Stupid Chief is most notable for pulling off the rare inversion of the badge-gun handover — instead of the Loose Cannon cop being suspended and turning in these items, it is the Stupid Chief who reluctantly reissues badge & gun to the Cop Who Doesn’t Play By The Rules.

You need guys like me so that people dont get murdered by the cartels in Mexico and the U.S. Turns out we’re secretly winning the War On Drugs at the Tex-Mex border! Thanks, badass undercover DEA weirdos.

It is important to note that a Ronbo poster adorns Team Sabotage‘s spec-ops training hideout facility. 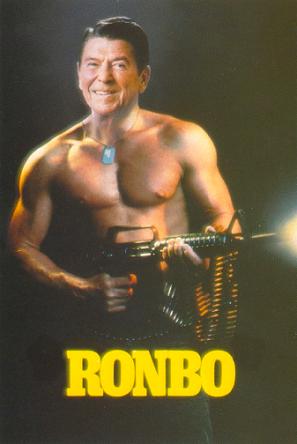 -Bicyclist splattered onto a windshield & onto the pavement. Not even a full cover helmet would have helped.

High caliber shot from less than 150 meters through the head was probably enough, but the sniper saw fit to send two more rounds into the lifeless body several seconds later.

-David Ayer is going to keep making this shit until every American law enforcement agency has been depicted as a gang of douchebro meathead heroes. 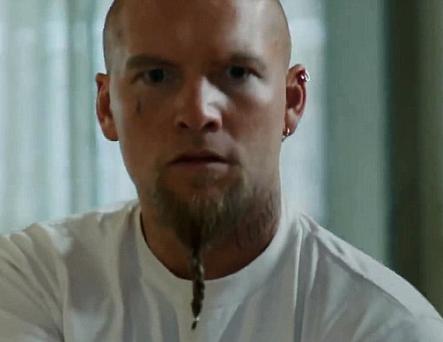 -It’s almost impressive how little Schwarzenegger’s English has improved in the decades since he first became a star for belittling Lou Ferrigno.