The Wet House -A Documentary by Penny Woolcock (2002) 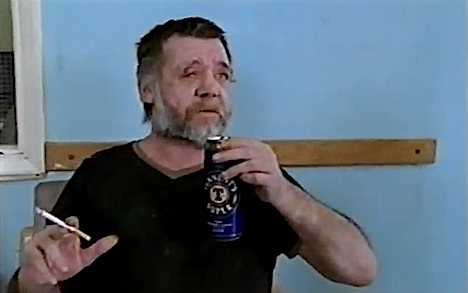 This is an incredibly hard to watch hour-long documentary on housing formerly homeless Drunks. I don’t use the word Drunks flippantly or judgmentally, that’s exactly what these people are. There is not the slightest hint of rehab here and no pretense at all about these down and out human beings. These are not functioning alcoholics, these are beaten and beaten up individuals who have lost all hope in their lives. Watching this film makes the viewer feel more like he or she is watching X-Rated “misery porn”, than just being a curious kibitzer, as these people are not homeless, but definitely hopeless. They live in a Wet House.

This daily sideshow is amazing, showing every resident walking or stumbling with the same unsteady gait, and virtually every resident carries around a blue plastic bag with tall blue cans of strong beer. When I write strong beer, I’m referring to a lager that is 9% ABV, which is twice as strong as conventional American adjunct lagers. Most residents admit to drinking 8-9 of these 15.5 oz. cans a day, which would be the equivalent of drinking a case of 12 oz. cans of Budweiser daily, that?s 24 cans, a staggering amount of alcohol. 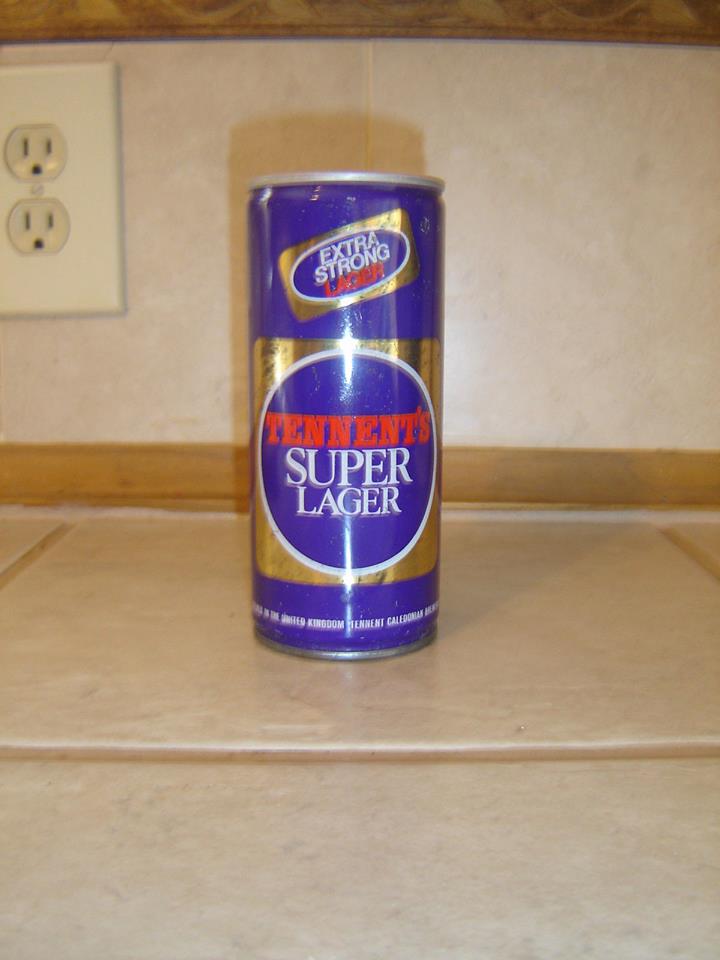 The residents of the Wet House are universally on welfare, or draw the British equivalent of Social Security and pay 20 a week for room and board at this human corral of supervised inebriation. I stopped drinking water, a resident tells the visiting physician, who has clinic only in the morning, as by noon most of these pathetic shells of human misery are already well into their daily allotment of beer. The doctor is merely going through the motions, not because he does not care, but because there is no realistic hope for these people to change as most of their medical problems are caused by the enormous daily intake of alcohol. Wet House is Hospice for Drunks, the end of the line.

They drink all day long, every day, and mostly in the hopelessly bleak living room, where they bicker, they sing, they bellow in mock rage, quarrel, fight and reminisce, always with thick and slurred tongues. Jamie Dodger, one of the few females here, twitches and babbles incoherently while puffing on a bag of glue. These people all bear the scars of their lifestyle as we see one man who is horribly disfigured because he was set on fire by his fellow vagrant thugs while he was homeless. The faces of alcoholic abuse are ravaged and look ancient, even though most of these people are in their 30s and 40s.

There is also professional staff here, but there is little intervention except to clean up their messes and to break up the numerous half-hearted drunken fights that occur on a regular basis. Realistically, these residents are so totally inebriated that their fights would be comical if they were not so pathetic. These people are so totally wasted and without redemption, and yes this is an uncensored glimpse of the very endgame of their lives.

Oh, this is not in America as attempts to implement similar houses in the United States have been met with great opposition in spite of studies in The Journal of the American Medical Association that show that the programs save money and actually reduce the amount of alcohol consumed. Realistically, nothing like this could easily exist in the present day judgmental America, this is in Great Britain, where there is some sort of social safety net for its citizens, regardless of how wretched. Americans have a history of being judgmental pricks when it comes to any substance enjoyment or sexual aberration, so the pious outrage will prevent Wet Houses from being anything more than a fringe experiment; these houses do exist in America, but only in a few isolated spots.

As the credits rolled, the In Memory Of included nearly every single person that was in the documentary. Hard drinking does kill, but at least these people died with a roof over their heads instead of out in the sewer. This is an obscure video, only found on YouTube and represents a realism that you may or may not want to view as it is depressing as hell. If you want further information about the existence and obstacles to Wet Houses in the U.S.A. read here.