Does your mom only let you watch PG rated movies? Tired of watching THE ASTRONAUT FARMER over and over again? Well kids, its time to unwrap the jump-rope from around your necks, because here are five highly offensive PG movies that will party-crash your DVD player.

#1. STARCHASER: THE LEGEND OF ORIN

Our first PG film is an animated STAR WARS rip-off, complete with young hero, special sword, beautiful princess, and cocky smuggler. But you know what STAR WARS didnt have? An old man getting a laser-whip across the eyes. The owners of the laser-whip (evil slave-driving robots) also kick a blind orphan to the ground. Something tells me the kid wasnt born blind…

Of course, theres also a big bad guy named Zygon, and Im sure youre wondering if hes a clone of Darth Vader.

They both wear capes, but I dont remember Darth Vader choking a woman to death in front of Luke Skywalker.

Then theres the smuggler character, Dagg, whos way more of an asshole than Han Solo.

When a fem-bot has an attitude problem on his ship, Dagg tapes the fem-bots mouth shut, bends her over his lap, and tinkers around inside her ass. The whole thing seems like, I dont know, a rape?

But the results speak for themselves.

Turns out, an invasive sexual assault is just what this fem-bot needed. Afterwards she coos and compliments Dagg, and never ever wants to leave her masters side. Works like a charm, kids!

But the fem-bot gets a little too clingy for Dagg, so he sells her into slavery.

The fem-bot is confused and heartbroken. Dagg smiles and says Dont waste your tears on me, honey. Youll rust!

In conclusion, STAR WARS is for pussies and STARCHASER is the hard stuff. Old men are mutilated, orphans are beaten, and women are killed like cockroaches, sexually assaulted, and sold into slavery. Remember kids, parental guidance is suggested. 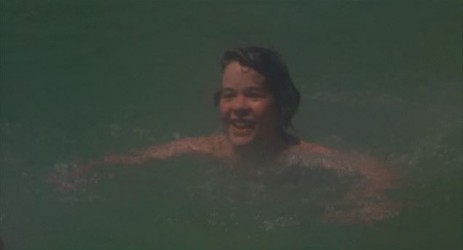 Our next PG film is about a happy family who moves into an old house for the summer. The only child of the family, Davey, is especially excited that the property has a pool… 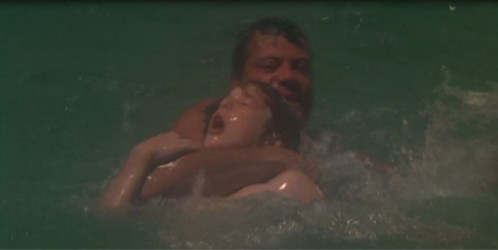 Unfortunately, the pool is evil, and Daveys possessed father (Oliver Reed) turns a father/son game of splashy-splash into one of the most disturbing scenes of child abuse ever filmed.

After this,  Reed tosses Davey like a piece of garbage. Did I mention that Grandma is watching (and screaming) the entire time?

Finally, Oliver Reed re-introduces the headlock, but this time underwater. Notice how he looks Danny in the eye to drink in his sweet suffering?

*Spoiler alert* Though Davey survives this assault, at the end of the movie hes crushed to death by a falling chimney. Time to talk to mom and dad about mortality, kids…

Next up, is a PG movie about kids going camping with Kevin Bacon. Since this is a childrens movie, the kids call each other dickface and asshole and one kid talks about replacing a girls birth control with vitamins.

Kevin Bacon plays Vic, a nature guide who enjoys doing Tai Chi in the woods. He teaches the kids about the stars, shows them how to start a fire, and even catches a fish with his bare hands. Vic comes across as a very zen kind of guy.

Whats not so zen is when Vic leaves the youngest kid hanging off a fucking mountain. Since the little coward didnt show enough courage, Vic refuses to help him to safety. The other kids arent too cool with this…

Banding together, the kids rebel and say they want to go home. Kevin Bacon has a total princess freak out and yells You cant leave! Were a team, DO YOU HEAR ME?! You cant leave me

The kids wisely get the fuck away from him.

Once Kevin Bacon is alone, he hugs himself like a little girl and has a breakdown. But its not long before he catches up to the kids and warns You are not going home. I AM NOT GOING TO LET YOU!

The kids respond by beating  Bacon with an oar and then throwing a rock at his head.

Before you can say LORD OF THE FLIES, Kevin Bacon stumbles backwards off a cliff…

…and lands on a nice comfortable rock bed. No more Tai Chi for him!

So younger viewers will get their moneys worth, Kevin Bacon makes sure to show off his disgusting broken leg.

For a Kevin and kids popcorn double feature, I recommend pairing this one with SLEEPERS. 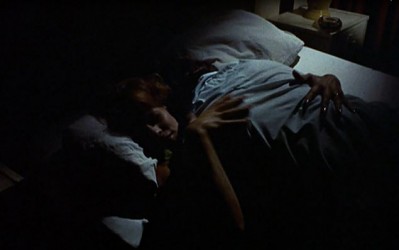 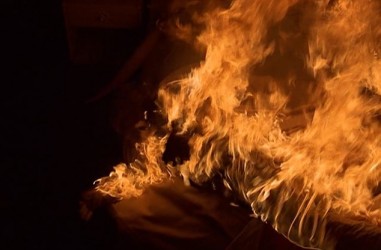 Just as things are getting hot and heavy, masked criminals burn the couple to death with a flamethrower. The credits have not even started yet… 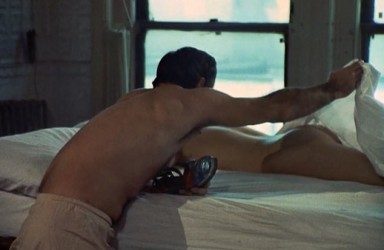 Next, were introduced to our hero, Shamus McCoy (Burt Reynolds), who wakes up drunk, smokes a cigarette, and studies the ass of some naked pump he cant even remember. 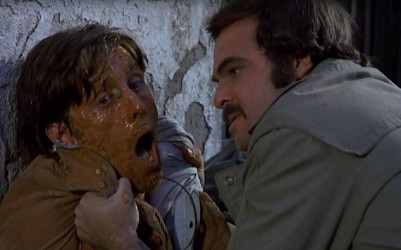 When Burt Reynolds’s a PI/ And you try to lie… 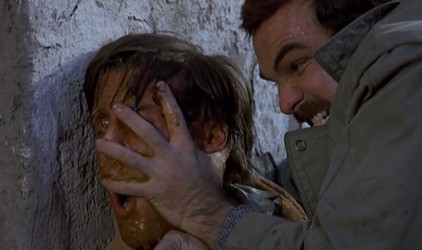 With his bare hand, Shamus rubs the diarrhea into the guys eyes and mouth. You see it drip all over his quivering lips as he talks. Its probably the most awful thing ever filmed… 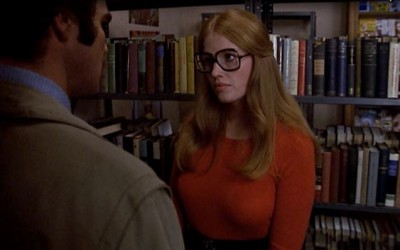 Later, Shamus goes to a library and stares at a librarians dewey decimal points. He smiles and says Youre a healthy devil, arent ya? A minute later, theyre banging. For the librarians sake, I sure hope Shamus washed his hands after that diarrhea scene. 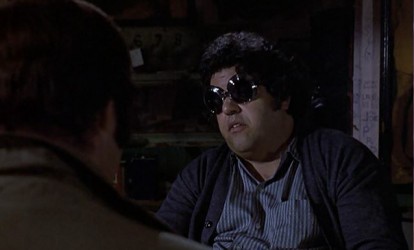 But Shamus also has a sensitive side. When a friend asks how his new sunglasses look, Shamus says You look like a faggot movie star.

As a final bit of family fun, we also get to see a horrible stunt-gone-wrong. When Shamus is trying to escape from some killers, he takes a flying suicide leap off a bridge… 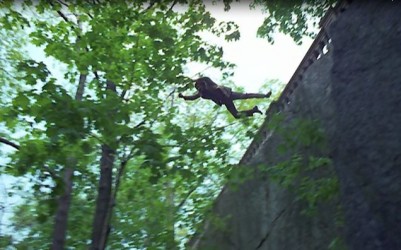 The stunt guy jumps towards some trees… 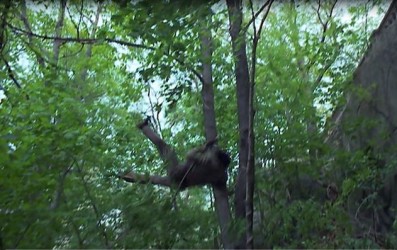 Grabs a branch, which breaks… 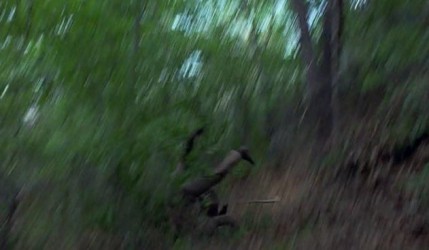 And lands on his fucking head.

Now Im no Super Dave, but Im pretty sure the stunt wasnt supposed to be a guy landing on his head from a fifty foot drop. But maybe Im wrong. If you duplicate the stunt on the playground, let me know what happens.

Last but not least, we have the Village Peoples PG-rated motion picture debut. During the YMCA musical sequence, every now and then, the screen flashes to a bunch of naked dudes taking a shower.

Apparently, if you really comb through these images, one guy has a boner. Get those pause buttons ready, children!

And remember, next time your mom wont let you watch IRON MAN because its PG-13, tell her No problem mom, PG is my poison of choice.