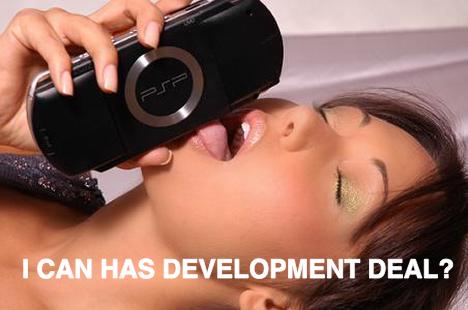 Author’s note:  On the day this review is being published, Zombie Studios, the developer of Daylight, announced it was shutting down after more than two decades of operation. In tribute, we review their final “game.”

Have you ever told a hot girl that her poems/photographs/stories/etc. were good, even though they werent? Of course you have. Weve all done that, weve all tried to compliment our way into the good graces of some talentless tart whose creativity extends only to an encyclopedic knowledge of sex positions (itself limited to what she gleaned from the pages of Cosmo). Whether its assuring a dreadfully dull looker that she ought to have her name in lights, struggling to look interested as some half-drunk sorority chick tells you about her major, or adding your own like to the desperate pile already attached to a girls umpteenth #duckface #selfie of the day, this is the eternal dance: The male shamelessly inflates the females ego in hopes of bedding her, lying through the teeth if necessary.

Sure, its a natural process. But this is it, folks, this is the line in the sand Im drawing against our primal nature. This is me issuing a call to men everywhere to step up and stop being led around by their cocks, because being led around by our cocks is exactly how we end up in the position where the male head of a game studio unironically utters the sentence, Lets have Jessica Chobot write the story for our atmospheric horror title.

Daylight is the title in question, the thing were discussing today. Despite the initially impressive atmosphere and the paranormal storyline, were dealing with yet another first-person walking simulator with almost zero mechanics. This is an exercise in Z-grade horror with no coherent story and a single persistent enemy whose one-note jump scares get old fast. This isnt Dead Space, its not Silent Hill. Its Gone Home with a ghost. In other words, its about as terrible as terrible gets. 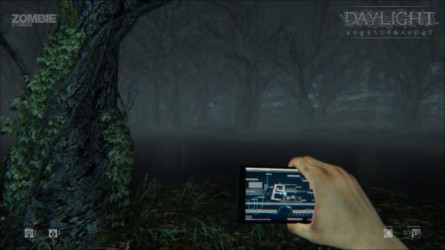 Expect to see a lot of bland, empty spaces.

Daylight works like this: You walk/run around a series of procedurally generated darkened corridors, looking for notes while the ominous Totally Not A Bad Guy eggs you on over your phone, speaking only in random bits of dialogue that do nothing to actually advance the story. As you find them, you pick up and read said notes, ostensibly penned by Jessica Chobot, who holds Daylights sole listed writing credit. In a game that doesnt have much for the player to do but walk around looking for scraps of paper, the writing is going to be crucial. And yet, Daylights various scraps are disjointed little blurbs that  while very, very occasionally bordering on the edge of creepy  do nothing at all to build any kind of coherent plot. It is as if Chobot had the premise for 5 or 6 different half-spooky things running around in her head and, rather than pick one and develop it, just kind of threw the lot in there. Nowhere is this more evident than in the games ending, a display so embarrassingly incompetent that my girlfriend, who had been mildly entertained up to that point as a passive observer who didn’t have to play this steaming pile, did a complete turnaround and declared Daylight a waste of precious life, the dumbest thing shed ever seen from a horror title.

Whats really awful about this is that decent female writers do exist in the medium. Theyre out there, writers who do know their craft. But Zombie Studios director Jared Gerritzen probably doesnt want to dip his dick in Amy Hennig, and Rhianna Pratchetts writing fees are probably way out of his price range. Therefore, who better for Gerritzen to tap for the job than a gal he knows socially and might one day want to knock boots with? Her new marriage is certainly of no consequence; Chobot previously abandoned a spouse (she admits marrying him for money) to go to Japan and lick a video game console like it was a penis, a move that launched a career that includes video girl for IGN and The Annoying Space Slut Reporter In Mass Effect 3. What about that resume doesnt scream talented writer with a knack for horror? What, are you some kind of sexist?

To be fair, not all the blame can be pinned on Chobot. Someone had to program this thing, too, and theyve dropped the ball just as hard. Daylights procedural generation means that environments are built randomly as you play; there are no set levels. Games like Diablo successfully take this approach, and in theory, this means a new and exciting experience each time you reload the game. In practice, it manifests as a way for the developers to make a horror title without having to carefully conceive and build set-pieces. As the game itself lacks any sort of narrative or mechanical reason to revisit it, this isnt a replay value featurenobody in their right mind would play this thing twice. Its a cost-cutting measure, plain and simple, meant to spare the developers the hard work of developing and tweaking a game theyd have you buy. 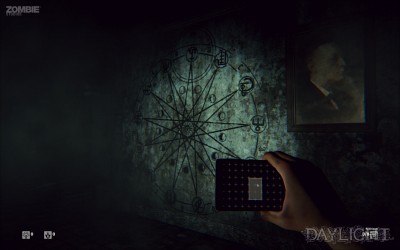 Daylight does nothing with its creepy imagery.

As a result, the vast majority of Daylight takes place in nearly identical hallways more constricting and plain than any five random corridor shooters on the market. The mechanics are laughable, as if the developers realized way too late that their game ought to at least have the illusion of interactivity. Dealing with the games villainous ghost is a matter of pushing the right D-pad button to light a flare when she pops up. You can run away, but flares are plentiful and theres no attempt to build a compelling stealth game (as in the similar but entirely superior Outlast): the environments are far too boxy to allow for it. A handful of throwaway environment interactions (maybe 5 or so press button to move the box, then press button to climb it events) round out the proceedings.

Theres really not much else to say. Daylight is a completely awful waste of time and money. Its design resembles an unfinished proof-of-concept build, its tale a disjointed pile of incompetent slush from gamings own Anna Nicole Smith. What protection have we from such nepotism being released as a retail product? We may only pray to the gods that Chobot becomes similarly enthralled with benzos and sedatives, lest she have the opportunity to yak another atrocity such as this upon our holy medium. Further, I can only hope that you, dear reader, heed my call to avoid Daylight at all costs.

* This is a review for a digital, download-only game not available at retail. Therefore, rent has been omitted from the usual scoring scale.