Home / Reviews / Movies / Dawn Of The Planet Of The Apes

Dawn Of The Planet Of The Apes 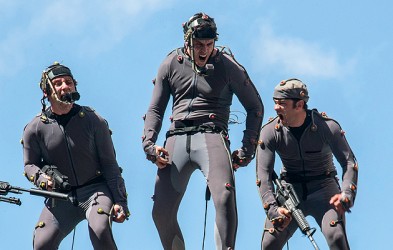 Humans are mostly idiots who may not deserve to die, but seem bound and determined to do so. A man alone in the wilderness is a saint, a few people get together and form a society, several people will make one an outcast, and a crowd will play with weapons until people die. Maybe not all of humanity begs for that dim worldview, but you have to admit that the herd lacks wisdom and a long view of any kind. The human species has developed languages, math skills, scientific reasoning, and the ability to discern conditions of galaxies across the observable universe. And yet significant portions of that species vilifies the ability to do all of the above, and is willing to kill to make their point. It is emotion that will eventually be our ruin, or at least a failure of intellect. As Dawn of the Planet of the Apes opens, there are two species that occupy a similar niche in a world wracked by a viral cataclysm. The apes, who benefited from a retroviral simian flu that increased their intelligence; and the humans, who were nearly annihilated by it. That, and the street wars that followed when authority broke down. Now there is only a remnant society group here and there. When one species in decline meets one on the rise, naturally it is a disaster. 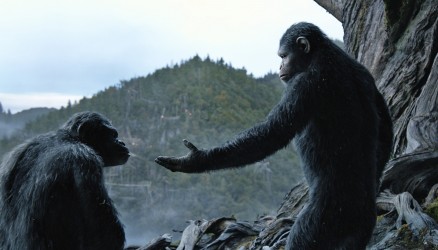 Maybe I am taking a movie about monkeys riding horses too seriously, but even the original Planet of the Apes was pretty silly. The subtext (if you can call it that) was a fear of non white people who were going to take over the Earth and take away the pretty white girls if honkeys failed to defend themselves against the barbarian hordes. This has gotten an update in a post-racial world – race is entirely ignored in Dawn. Fair enough, race will be considered less and less as old bigots die off and their offspring find themselves more concerned with finding a job that doesn’t involve scrubbing toilets than the color of the ass that last decorated them. Dawn is more concerned with the battle between reaction and caution. Caution is borne of thought, compromise, and deliberation; it is never attractive and gives the appearance of weakness. Reaction is a passionate salvo against whatever bothers you at the moment, and feels good and shit until you catch a bullet in the lung. In Dawn, the reactionary elements are ready for war, and are easily provoked. And invariably they fetishize guns. Yes, a blockbuster action movie actually ridicules gun owners and the suicidal joy they exhibit in their buried penis compensators. As the apes and humans cautiously eye each other, an idiot on each side wants to play with their guns, and all is irrevocably fucked. Dawn of the Planet of the Apes is an exciting action movie, thrilling, even, at times, but the big battle scenes are loud, fucking stupid, and depressingly pointless. And this was intentional – clearly we came to watch some badass apes with guns, but we are not allowed to have any fun with it. Rightfully so – any real situation with exciting guns and bullets and woo-hoo bodies flying about would be a horror. When the sides come into conflict, it is tragic, and I felt like shit. Unlike action war movies where the good guys are forced into a fight, and win for freedom, this war starts in misunderstanding, blossoms with duplicity, and all shall burn for no good reason whatsoever. Kind of how all wars progress. Dawn is not as entertaining as it could have been for this reason, which made it that much better. There is no resolution, and we are left in the lurch as Caesar and a human come to an understanding, a friendship based in trust, which is of no help in averting the coming war. 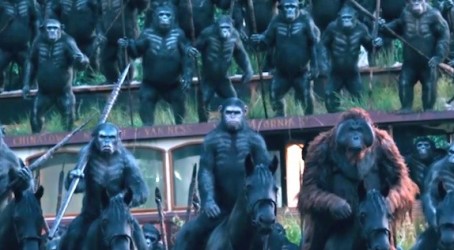 I was expecting the apes to be on the defense against evil human meatbags, but as it turns out, the apes fall victim to the same weaknesses that doomed the human race. Prejudice and a thirst for revenge drive Koba, a rival of Caesar, to go on the attack. Koba is a fanatic, driven by hatred of humans for using him in surgical research. “He learned his hatred from humans. That is all he learned from them.” The humans have fanatics who hate apes even though they had nothing to do with the apocalypse. Perhaps with intelligence comes these weaknesses. They are not so different, in a nod to the irrelevance of race. Yet somehow it still makes all the difference in their willingness to kill each other. Dawn of the Planet of the Apes has flawless acting on the part of the apes, and the effects are immersive – Serkis will be nominated at some point for his work, but only when motion capture is used in a Holocaust movie.