A Most Wanted Man Review 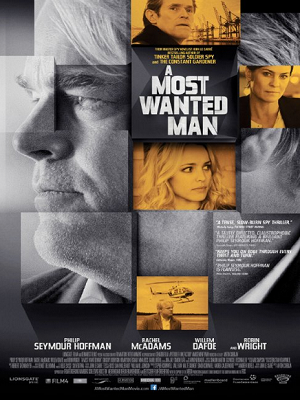 A Most Wanted Man

A Most Wanted Man Review: Le Carre moves into the war on terror and maintains quality.

Moral and factual uncertainty are the hallmarks of a John LeCarre novel, the antithesis of the escapism the average reader and filmgoer look for. The protagonist is a damaged everyman, learned and urbane, a reluctant guardian of an ethical world long since abandoned by more practical and powerful aristocrats clad in gray. Arrayed against our lonely hero is an amorphous field of cynics, generally in the game of intelligence for the money, or perhaps clinging to some power in the aftermath of the cold war. George Smiley was the omnipresent cold warrior, struggling mightily to hold the intelligence apparatus together. In Tinker, Tailor extraordinary resources are put into a hunt for a traitor, the grandest goal simply to tidy up one’s own house, accomplishing precious little in a game that would outlast all players involved. In The Russia House, Barley Blair considers how to honor a promise to publish Russian secrets in a publicly available book when that book is in the hands of British intelligence. In A Delicate Truth, a compromised British civil servant weighs whether to blow the whistle on a disastrously bloody joint raid conducted by private contractors and the army, defined as a triumph so as to ensure a healthy incestuous relationship amongst the military industrial complex. LeCarre’s world is a ruined one, but even ruins can afford a living space for those who still harbor hope when common sense would dictate otherwise. 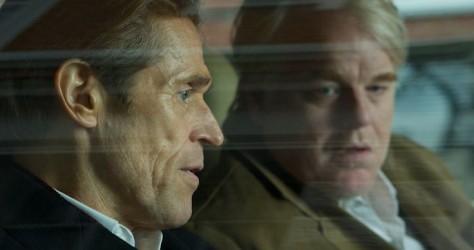 A Most Wanted Man fits this ethos neatly, following the heavy steps of one Gunter Bachmann, a German civil servant. Bachmann, as played by Philip Seymour Hoffman, smokes and drinks as though the grave could not possibly come soon enough. His antiterrorism unit works to stop the next major terrorist attack under the shadow of Mohammad Atta, who launched the 9/11 attacks from Bachmann’s city of Hamburg. Exciting events are strenuously avoided in A Most Wanted Man, which focuses on the tedious, tedious, tedious task of carefully gathering information. Photographs, immigration files, financial data are carefully amassed and filed away in the event the information is needed. One gets the feeling that a lifetime could be spent packing away boxes of files that may never be examined again, chasing people who may or may not be of interest. When an illegal immigrant from Chechnya climbs out of the harbor in Hamburg with access to an account with US$1 million belonging to his dead and corrupt father, Bachmann begins following him to determine if sinister intentions are afoot. He is patient and tenacious, the last person you would want chasing you if you had ill intentions. Still, better a man like Bachmann than the American spies sniffing around the margins of the case – they know with certainty every Muslim is either a terrorist or will be one any minute. They are inclined to capture and torture this mysterious Chechnyan unless Bachmann can find the truth.

One gripe with LeCarre films is that not much of import seems to happen. People talk, often elliptically, around subjects that may or may not pertain to the case at hand. The antiterrorist team sifts through documents and follows this possible terrorist, or regular guy, through his contacts, or friends, until it becomes clear that even less is happening than the audience thought. Not every chase leads to a conclusion, and that feels right for this sort of subject. I prefer this sort of brooding thriller over the morally certain action films of consequence. These films are not as satisfying, but the lack of closure and uncertain politics haunts one’s world view considerably more than the immortal superhero spy franchise of choice. 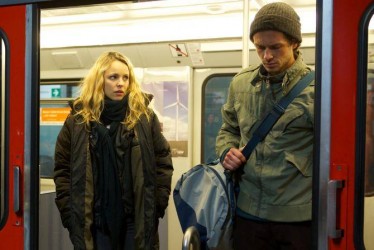 Gunter answers the questions of his team with few words, and answers to his superiors and their American allies with no words whatsoever. Though more than capable of snide asides, even those could betray information to people he does not trust. Personal interests, family, friends are of no use to him, as he has given his life over to spying. And for this sacrifice he has received regret in return. All he has to weigh his failures against is the possibility that his work has mattered, maybe saved lives. This is never answered, for Gunter or for the audience, since none of us really get to know whether anything we do is worth a damn to the world as a whole, or even to those we care about. Best not to think about such things, and the narrative of A Most Wanted Man studiously avoids this question while beckoning towards it at all times. The author of the LeCarre novels spent a lifetime in the shadows of MI6 grappling with the question of whether one’s work really matters when up against a world run by corporations and oligarchs that are ambivalent about a life of humanity or dignity. I suppose he is saying that it is always worth a try, even if you are fairly sure you will fail. In any case, it is drones like Bachmann that labor to keep the ship afloat – despite the best efforts of those who employ him.