Home / Featured Posts / This is Where I Leave You

This is Where I Leave You

First things first  This is Where I Leave You is not a comedy. Sure, there are funny moments in the movie, many of which are featured in the trailer, but believe me when I tell you: this movie is sort of a downer. If youve read Jonathan Troppers novel upon which the movie was based (he also wrote the screenplay), then you already know this isnt a comedy. But I suspect that a great number of people went into this movie blind, as I did, not knowing what to expect.

Thats not to say I had zero expectations  I expected Jason Bateman to be adorable and charming. Spoiler: both true! Then again, I am slightly biased, because I have loved Bateman since 1986. And since starring in Arrested Development, hes had a pretty solid career in comedy. Yes, he tends to play the same kind of guy in every movie, but I imagine thats because Batemans delivery is authentically him. He is that guy. Adorable, charming, and possessing impeccable comedic timing.

Directed by Shawn Levy (Cheaper by the Dozen, Night at the Museum 1 & 2, REAL STEEL), the plot is centered around Batemans character, Judd Altman, who has discovered that his wife has been cheating on him with his boss. While dealing with his grief from the end of both his career and his marriage, he is dealt another blow  one that he handles with unusual ease  the death of his father. He returns home for the funeral, wherein we meet the rest of the cast. And holy shit, there are like 1,000 people in this movie.

How many boob jokes can we put in one movie? A lot, as it turns out.

Fey, Driver, and Stoll play Judds siblings, who along with their mother Hillary Altman (Fonda), must fulfill their fathers dying request that they participate in the Jewish mourning tradition of Shiva. Sounds simple enough, until you consider that everyone in the Altman family is an asshole, and being stuck in a house together for a week is going to be a challenge. And I mean it  everyone is an asshole. Hillary is an overbearing mother with new boobs who made a career out of analyzing her children. Paul (Stoll) is the oldest brother who knows everything except for how to fix his own strained marriage. Phillip is a spoiled man-child who is banging his 40-something therapist (Britton, whos in it for like 10 minutes total). Wendy (Fey) is an unfulfilled wife and mother who involves herself in everyone elses business. As I mentioned earlier, Fey seems totally miscast here. Maybe its because were not used to seeing her in this sort of film, or maybe it was because her character is so abrasive and sad. Whatever it was, Fey never gets a chance to shine.

Theres also the matter of her characters relationship with neighbor Horry (Olyphant). They grew up together, and Horry works in the Altman familys sporting goods store, but his history with Wendy is never fully explained, only hinted at in bits and pieces. Whats more, Horry has suffered a traumatic brain injury, which is also never fully discussed. Im sure the book is much more detailed, but as far as the movie goes, Olyphant seems out of place. Hes sweet, sympathetic, and underused. 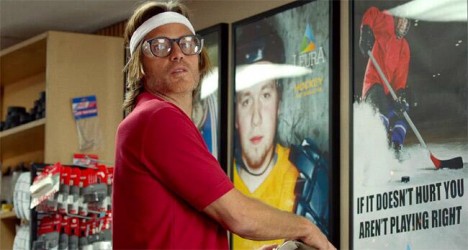 Also underused  Rose Byrne! I like Byrne a lot. I thought she was great in the show Damages, and she was a great bitchy villain in Bridesmaids. Shes also great in this as Penny, Judds one-time crush who just happens to be single and ready to mingle. Penny is sweet, uncomplicated, genuine, and unfazed by the Altman familys collective neuroses. And shes an ice skater! Penny is awesome! More Penny, please!

So wait, you’re telling me that this ISN’T a comedy?

Im not going to say too much more because practically anything else would be a spoiler, as there are about 75 different storylines in the movie. But what I will say is this  with the exception of what happens to Fondas character, none of the movies resolutions are necessarily fulfilling. Nobody really grows on you or seems any more likable than they were at the beginning. The movie just sort of runs out of steam and ends the same way it started  with Bateman being adorable and charming. 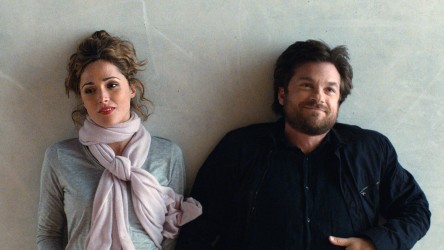