Full disclosure: Christopher Nolan is my favorite director. Im the kind of fan who has to see his films on opening day, at the earliest possible showing, like a huge nerd. I also obsessively check his imdb.com profile to see what projects hes working on. But dont worry  I wont let my fangirl tendencies cloud my judgment. If anything, Im hypercritical of Nolans movies because he has set the bar so high so many times (Inception, The Dark Knight). Unfortunately, setting such high standards has led to some less-than-great films (The Dark Knight Rises, Insomnia  which I hated, by the way). So naturally, I had incredibly high hopes for Interstellar. Astronomically high hopes. I even made this super awesome poster for it: 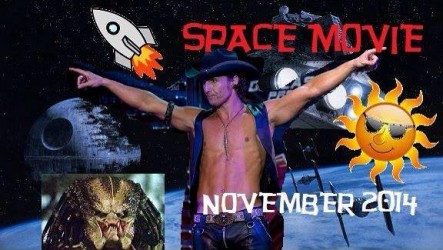 Set in a not-so-distant future, Interstellar is about our dying planet. Crops are being wiped out by an epidemic called The Blight, which feeds off Earths nitrogen-rich atmosphere and poisons the soil. Our hero, Cooper (Matthew McConaughey), is a former NASA pilot and engineer who now works as a farmer growing corn (one of the only crops that can still be grown), and spends his free time automating farming equipment using by-wire technology. NASA has been dismantled, were told, because scientists needed to focus resources on saving this world rather than searching for new worlds. We dont need engineers, someone tells Cooper. We need farmers.

Back at the farm, we meet Coopers children, son Tom (Timothee Chalamet) and daughter Murph  named after Murphys Law  (Mackenzie Foy), as well as Coopers father-in-law, Donald (John Lithgow!). Noticeably absent: Coopers wife. Fans of Nolan wont be surprised  much like Disneys animated films, the moms/wives are always dead. Whats more, Murph is convinced that a ghost haunts her bedroom. Books are knocked off of shelves, along with models of rockets and moon landers. But Murph is no ordinary child  she, like her father, has the mind of an engineer, and at his suggestion, she begins to monitor the ghosts actions in an effort to decipher a message. Cooper thinks its all bullshit, really, until a massive dust storm, reminiscent of those from the Dust Bowl, blows across town and through Murphs bedroom window. Theres something funny about this dust, though  rather than just drift into the room and onto the floor, it falls in a pattern that makes Cooper suspect some greater force is at play. And this force is what gets Interstellar off the ground and into space.

OK, the good news: Visually, Interstellar is stunning. If ever there was a movie meant to be watched on the big screen, its this one. Its crazy loud, but thats part of the fun, and the score is AMAZING. Hans Zimmer has been scoring films for 1,000 years, but this might be his best work to-date. Composed mostly on an organ, it perfectly matches the grand scale of Interstellars visuals. Its lovely and a little eerie, and I cant get the songs out of my head. Furthermore, the movie has Nolans signature style of using flashbacks and time-jumps at the climax of the film, which is a great way to build suspense, though I fear it could end up being overdone.

Also good: the cast. McConaughey has been cranking out his best work over the last few years, and Interstellar is no exception. This is an emotional film, and McConaughey can cry with the best of them. Jessica Chastain is equally good as Murph (age 33), as is Anne Hathaway as NASA scientist Dr. Brand. Two major highlights of the films are the performances by Bill Irwin and Josh Stewart, who provide the voices for the robots who accompany our crew on their mission. Its a little unsettling at first to have clunky robots sound sohuman, but they are responsible for some of the films best moments. 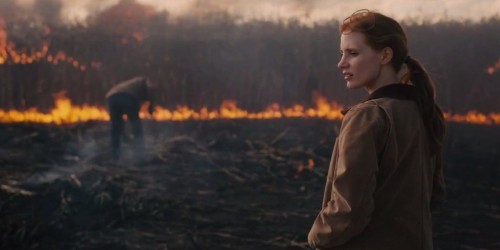 Alright, now for the bad news: the script. Well, scripts, actually. Nolans brother and frequent writing partner, Jonathan, penned the script years ago, and it was intended to be a Stephen Spielberg production. When that didn’t pan out, Christopher Nolan took a crack at it, and drastically altered the original story. This isn’t the first time Nolan has been a little too ambitious in his writing. Anyone who has seen The Dark Knight Rises knows that the second half of the film is one giant plot hole. Granted, in a science fiction movie, plot holes are easier to explain away. Additionally, Nolan has always had issues with dialog. Sure, he comes up with great tag lines, like the one in this movie: Mankind was born on Earth. It was never meant to die here. But imagine having a friend who said things like that in real life. Imagine being the person to say things like that, in an everyday conversation. But like I said, its a science fiction movie. And speaking of science fiction, both times I saw this movie, I was surrounded by engineering students. Guess what isn’t fun about that? Hearing them murmur throughout the film about what is or isn’t possible! Save it for the car ride back to the lab, nerds! Oh, and of course Michael Caine makes an appearance in the movie, but this was one of his weaker performances, in my opinion.

So we’ve established that Interstellar is ambitious, but ultimately flawed. And here’s something else  when I walked out of the theater, I felt very heavy and sad. You see, at its core, Interstellar is about two very important things: time and love. For me, it made me think of how precious time is, and how quickly it slips away; because of that, it makes love  love of family, love of friends  all the more valuable. You can go to the outermost regions of the universe, and love travels with you. Then last night, something occurred to me: love is a major theme of nearly all of Nolans films; specifically, the love we feel for our families and our fellow man. I have no doubt that love will continue to be a heavy influence on Nolans films in the future. But I hope that next time, hell leave the moms alone.