Home / Featured Posts / Birdman -or- The unexpected virtue of ignorance

Birdman -or- The unexpected virtue of ignorance 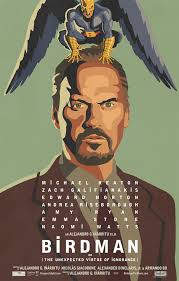 Birdman -or- The unexpected virtue of ignorance Have your bladder empty and your popcorn handy before you plop your butt in your theater seat for this one. You also will need to buckle up, as you are immediately thrust inside the labyrinth of a dark theater where the ride is relentless. Don’t plan on relaxing for a moment either, as this masterpiece requires your undivided attention, which is a small price to pay for this mind-spinning experience. Having written that, I also advise anyone who views this movie to not be distracted by the ultimate questions of what was real, imagined, inferred, numbingly obvious, or should have been. To do so could ruin the most unique black comedy you have ever seen.

The only two words you need to start with are Michael Keaton, who I think is one of the most talented actors to ever work at Hollywood. Really? With everyone and everything else that exploded in this movie? O.K., fine, we all knew from the get-go that this film would have lot of potential, even before you get to people like Inarritu or Lubezki. The writing and production were superb, the camera work and illusion of a single-take were spellbinding (check out Russian Ark), the sets magnificent and unforgettable, the musical score was to die for and the supporting cast and acting was without peer. It was just a masterpiece of a movie and a joy to watch, but like I wrote above, this movie was all about Batman, Birdman and the great Michael Keaton. 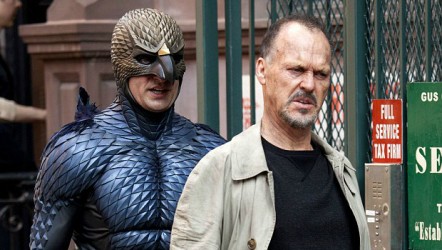 Riggan was a former movie superhero, but is now a totally defeated and driven has-been who had decided to cast his lot with a spec. Broadway Play in a desperate and risky attempt to try to resurrect his career. He’s also facing the reality of a failed familial situation and a looming preemptive strike from New York’s most vicious theater critic. This movie was a mosh pit of desperation and controlled violence. This is not quiet desperation here either, as his entire existence was an open wound, a festering sore, a life so defeated and driven by what ifs and failures that its no wonder that he has voices in his head. Much has been conjectured about what was real, what was simply mental illness and the meaning of the end of the movie. Voices in his head? Well, why NOT voices in the head and what is the big deal? A large percentage of Americans too hear voices in their heads, or believe in ghosts, talking snakes and other religious and superstitious nonsense, so just accept Inarritu’s mind fucks and enjoy the movie. 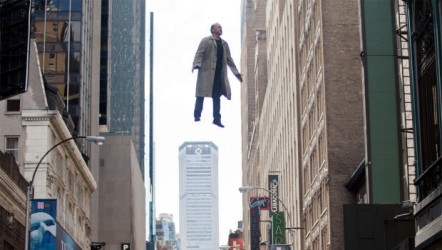 An Oscar for Michael Keaton? Are you kidding me? Any serious attempt to give the Best Actor Oscar to anyone else should be met with torches, pitchforks and a demand for the entire Oscar structure to be dismantled and forgotten. In Birdman Michael Keaton levitated, possessed telekinetic powers, and soared in between tall building in his overcoat, merely pointing his fingers to implement his superpowers. Who cares if this was real or imagined (it was imagined), when we also witnessed his inspired walk of glory, confidently marching down 44th Ave. clad only in his underoos with absolutely ZERO fucks given, to burst through the theater door and improvise the Motel Scene? If this was not one of the greatest scenes in movie history, then I don’t know what else would come close. I mean, Norton had two full underwear shots as well, and they both were out of the park, but Keaton’s semi-naked tour de force even trumps the most unlikely erection of the movie year. I’ve written too much, I know. 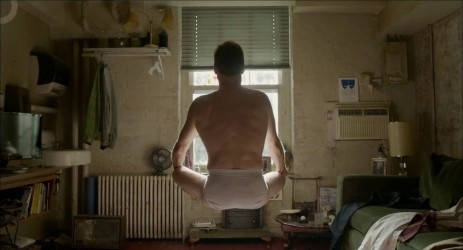 I realize that I’ve barely touched on the plot, the craft of Inarritu and the magnificence of Norton, Stone, Watts and Galifianakis. There will undoubtedly be hundreds of reviews that will cover these individuals, the plot and subplots, and the brilliant tie in to Keaton’s own career as the best Batman ever. Social media was embraced and mocked, the worth and relevance of an individual, especially a former superstar is questioned and answered as this great movie gives the viewer no shortage of grim reflections. If the question was What can be a performance that can hold a candle to his own magnificent one in Beetlejuice?, then that question has been answered.

I’m not even writing about the ending. I don’t care. Sure, in a perfect world the credits would have rolled after the gunshot at the Motel Scene, but the Mexican genius of a producer and writer is not quite finished with us. If you want to get mired in the tar-baby of speculation and truth or dare, then go to the IMDB comments and have fun (EDIT: R.I.P Imdb comments). You don’t have to know and understand everything that happens in the movies, so just enjoy, and who really cares what is in Barton Fink’s box? This movie is just so perfect, so timely and so creative in the way that it resurrects Keaton’s Batman character, that it doesn’t even seem fair. Birdman simply soars as a movie accomplishment and along with Boyhood, is the best of the year.