I studied philosophy in school so I have a love/hate relationship with it. For me, it is the struggle to pull ourselves from the morass of the wisest man knows that he knows nothing, always resulting in a collapse. But we collapse into a better understanding of our ignorance, and perhaps of our internal selves. Philosophical thinking is at a low point in popularity and, perhaps as a result, weve never been bigger know it alls.
Your facebook friends, stand-up comedians, website havers and even lowly journalists believe they have enormous piles of answers. They can hardly hand them out fast enough. But how many of them can provide even a rudimentary account of the morality on which they base those answers? Their logic or reasoning? Their thinking? Even the self or mind that is doing the thinking? Without these things, why are they so confident in saying, I, myself, this person or entity I cannot describe, have used thinking, whatever that is because I have no clue, to use logic, which I do not understand, to reach moral conclusions which are based on absolutely nothing. And therefore, I know how you should run your life, who you should vote for and what you should read, watch and think. Also, give me some money.

Protip: the best way to absorb online lectures is while doing something else that occupies the more restless parts of your mind. I like to play Pacman.

Many people have never heard of Kurt Godel. Colyvan thinks Godel should be thought of alongside Aristotle. Dude was a logician and mathematician who had a couple of conversations with Einstein and promptly began publishing on the subject of relativity, showing how time travel would be possible (in certain types of universes). The professor explains set theory really well (as far as I can tell anyway) and how Bertrand Russells paradox and Godels incompleteness theorem fit in. We even touch on Gottlieb fucking numbers, how do they work? Frege. 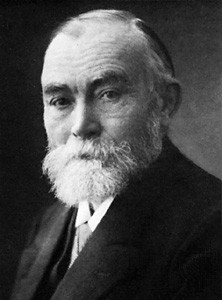 The most fascinating aspect of these ideas is that an intelligent person can get the gist of them fairly easily. As the professor says, they are very intuitive in hindsight. Kind of like sabermetrics in baseball, except they describe our most foundational means to understanding the world. Yet it took humanity centuries to come up with them, which leads to the inescapable conclusion that we are all dumb dumbs.

Godel Escher Bach: An Odyssy of The Mind – Some guy at MIT

Moral Mammals: Why Do We Matter? – Peter Singer and John Hare


Were now into my wheelhouse. Im obviously not at the level of Peter Singer or John Hare, who discuss the role that religion and spirituality play in morality here. But this debate was a less passive experience for me and Im a bit less like a mule with a spinning wheel on these subjects. In particular, I think both these guys miss the boat on the problem of evil (If theres a good God, how come bad stuff happens?). Leibniz pointed out that God must choose between possible worlds and that articulated possibilities are much more finite than vague notions. In other words, any kind of utopia you imagine probably couldnt be a complete reality. Also, the point of Adam and Eve neednt be that we are punished for their wrong doing. Its that we chose knowledge: for all possibilities to exist in this world. I reckon you can combine these things, with a just afterlife, to solve the problem of evil.

Im an atheist, like Singer, who represents the position well. So I was more interested in Hares account. He makes a pretty good argument that most people will function better morally with religion. Nobody will be convinced here, but you might understand yourself better.

Its the monsters of smartness, coming to an arena near you! This format is pretty annoying to a pretentious ass like myself. Youre not supposed to cheer intellectuals! Also, I dont think this format brings out the best in the participants. For example, a lot of time is wasted on what science means. But its also a good sampling different points of view on what morality is, where it comes from and where it is going. For a more detailed account of a particular view we have…

The Brains Behind Morality – Patricia Churchland

Heres a more in depth look at the same subject from Patricia Churchland, who might be the most well rounded of the bunch, as the main focus of her career is bridging philosophy and neuroscience. She provides a biological history of morality and gives us a better understanding of how it functions in mammals generally and humans in particular.