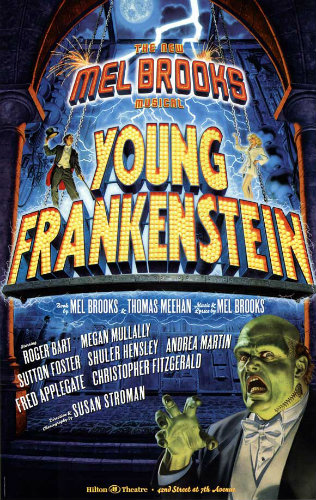 Mel Brooks knocks it out of the park with huge knockers and riotous hilarity.

It is no secret that comedies are a genre of movies that are overlooked, underestimated and treated with a yawning disdain by many reviewers and moviegoers alike. Reading any Top (Whatever) list of the Best Comedies of all time will reveal a swath of disagreement, if not downright hostility over the inevitable picks and omissions. Tastes vary widely, and some movies are vastly misunderstood and underappreciated. It’s an easy cheap shot to pick on American audiences, but they are what they are, a bunch of toe-picking, racist Philistines, but I must press on with this review, in spite of the fact that many Americans think rotting celluloids like Happy Gilmore belong on a best of list. From the searing violin music to the last corny cliche, Young Frankenstein was just wonderful.

Young Frankenstein, a comedy gem by Mel Brooks was a comedy spoof of the horror classics Frankenstein, and The Bride of Frankenstein, that in my opinion is only eclipsed in excellence by one other comedy that I can think of. It is hard to imagine that this movie is 40 years old, but it passed that milestone this week. It is no accident that my own personal Top 10 comedy movies of all time include 2 Mel Brooks films and 3 British ones. I can only ontologically perceive of one film that is a greater comedy than Young Frankenstein, and that is Monty Python and the Holy Grail, and that movie *IS* the holy grail of all comedies.

How can we mention Young Frankenstein and not mention Mel Brooks in his prime, as he certainly nailed it with both Blazing Saddles and this face-splitting comedy with 106minutes of joy. Gene Wilder, who helped write this film was great as the hysterical Doctor, but what made this hilarious film so great was the supporting cast, they have no peer in comedy cinema. There were seven, count ’em, seven great supporting actors and actresses in this film. With the tremendously effective acting was the use of stunning black and white filming and the original sets from the Frankenstein classics. The result was a comedic masterpiece.

*Peter Boyle (The Monster) was just a perfect monster. He was lovable, terrifying, and the scene when he and Dr. Frankenstein danced and sang Putting on the Ritz was one of the funniest scenes in film history. Don’t fail to note the actual zipper on his neck. 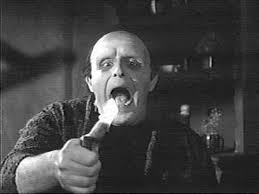 *Teri Garr (Inga) and how about those knockers! As well as being gorgeous and endowed, Inga was Dr. Frankenstein’s loyal Laboratory Assistant and Elevator. A perfect accompaniment to the frazzled Doctor.

*Kenneth Mars (Inspector Kemp) wore a monocle over an eye patch and had that crazy arm, which was undoubtedly inspired by the movie Dr. Strangelove. His outrageous accent was only surpassed by his more outrageous garb, and you don’t want to play darts with this guy. 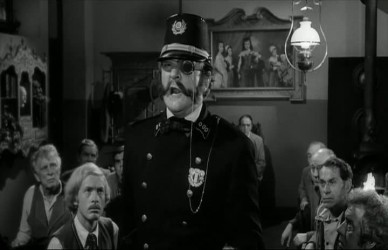 *Cloris Leachman (Frau Blucher) was a horse’s nightmare and the former Girlfriend of Fritz’s Grandfather. She was the go-to gal for hot nighttime drinks and cigars. 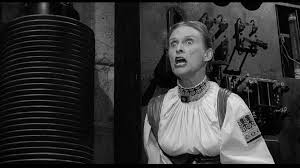 *Gene Hackman (Blindman) and his brief cameo with the monster was one of the most hilarious interactions ever. The soup serving will forever occupy my humor synapses. A brief, but Oscar-worthy performance of a lonely blind man. 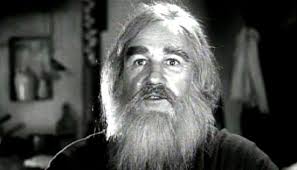 *Marty Feldman (Igor) was the perfect sidekick. His procurement of the defective brain was one of the most inspired comedy scenes ever. We have no idea why he spent so much time in the bathroom, nor do we want to know. 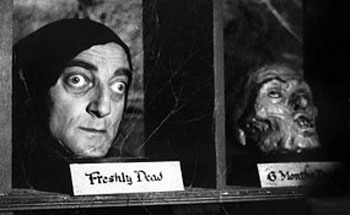 And the winner is:

*Madeline Kahn (Elizabeth) had the least amount of screen time except for Blucher, but was what made the movie what it was. I never thought that her performance in Blazing Saddles could have been surpassed, but her portrayal of the reluctant dick tease of a fiance and the ultimate Bride of Frankenstein was Oscar material. The scene after her kidnapping by the monster and ultimate sexual fulfillment was pure genius. 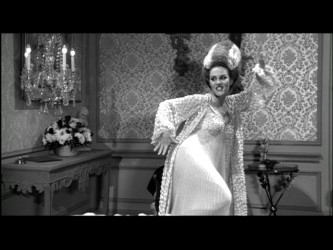