This film is the Basic Instinct for robosexuals.

Is this film worth my time? It strikes a solid balance between intellectual discourses on intelligence, emotional manipulation, and the sliding conspiracies that either imprison or unleash a thinking machine.

Who is this film perfect for?People who enjoy films about robots, films about escapes, and conversations on the nature and meaning of intelligence and consciousness.

Who will not like this film? People who don’t have the patience for dialogues which are mostly computer programs talking about linguistics and the basis of intelligence.

What is the summary of this films concept? Charlie gets a golden ticket to the WillieWonka’s robot factory and must decide how to behave towards a fembot. 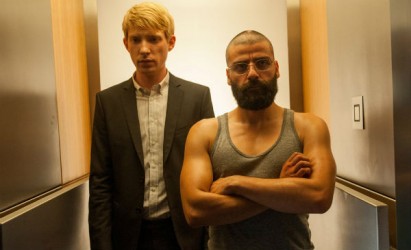 Ex Machina asks the question of our times: what if the Real Doll company had infinite resources, and was run by Men’s Rights Activists?

More Input Needed: It’s a fable about a mogul trying to conquer the uncanny valley, and the consequences thereof. In a certain, it can be said to be the corporate dream to demolish the boundaries between human and synthetic life, for then humanity can truly be made as disposable as the products. What HR department doesn’t dream of just being able to make ideal workers?

Caleb (Domnhall Wilson) is selected by tech mogul Nathan (Oscar Isaac) to be his beta tester for Eva (Alicia Vikander), the latest model of artificial life. She’s a clockwork girl of softly whirring gears and transparent casings, a Hajime Soroyama character with a human face. Caleb is very intelligent, but as a cubicle mole he’s hardly immune to runexe://femininewiles. Then theres the complicating factor that Jay will likely brick Ava and recycle her for parts, should she fail in the testing.

Thats also where the horror of Ex Machina comes from- not what the machines do to the people, but what people are willing to do to machines. It’s aBluebeard fairy tale for the 21st century- a man who has the wealth to treat women/gynoids like toys. 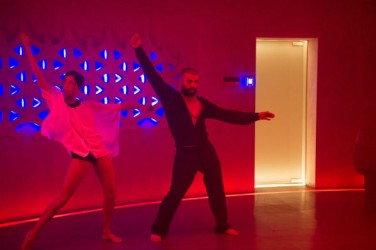 The true Turing test: can you teach a machine how to get funky?

How does this film compare to others like it? Its more focused and limited that its closest peer, Spike Jonze’s Her. That film presented us those full and subtle dystopia, world. Ex Machina can almost be read as a prequel to Her. If Her was about the product, Ex Machina is about the developers and the focus groups of the future.

What works in this film? Alicia Vikander turns in a masterfully restrained performance. It can be harder to do repression than expression, and its hard to deliver a performance as non-self-conscious as Ava.

What fails in this film? I get that Nathan is meant to be a mix of aloof genius, San Jose brogrammer, and Steve Jobs. That’s a difficult trifecta of characterizations to balance. The character remains enigmatic, but that also limits the consistency of the character, as he veers between really intelligent gambits and profoundly stupid choices. It’s still an incredible performance on the part of Oscar Isaac.

Philosophy time: The Turing test is meaningless because it is easy to disappear down an endlessly recursive loop of sycophancy, as soon as the being becomes aware of the goal of the test. Its like trying to say you’re not crazy in a mental asylum, or saying that you’re reformed at a prison parole hearing: every word and gesture can be construed as having ulterior motive, of being rooted in the intent to pass the test. This film is an illustration of how useless the turing test is. In the end, we don’t really understand intelligence well enough to define it adequately to test it. Like most films about AI, Ex Machina remains bound by our all too human concepts of intelligence and personality. Just because weve figured out how to navigate the uncanny valley does not mean we’ve mapped the peaks and troughs of conscious thought.