As you may have noticed, several of us here at Ruthless have a soft spot in our hearts for Arnold Schwarzenegger, and by “soft spot,” I mean that we love watching him deliver cheese-ball one-liners and blow shit up. And you will certainly have heard by now that Arnold is about to reprise his role as the Terminator in Terminator: Genisys. But like me, you may not have known that in his off-time, Arnold had quietly produced and starred in a lovely and heart-breaking indie film named Maggie. Oh – and it’s about zombies. 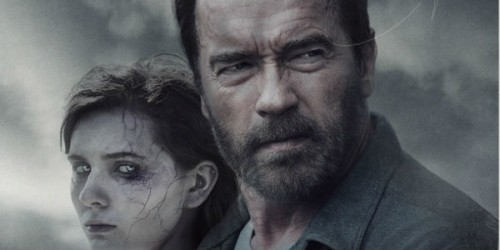 “Lovely” is probably not a word that pops up very often in discussions about zombie movies, but this is no ordinary zombie movie. Directed by Henry Hobson and written by John Scott 3, Maggie is set in a post-apocalyptic Midwest. A virus called Necroambulist has ravaged the globe, infecting countless people and poisoning crops. The word “zombie” is never used in the film, but those who are infected slowly succumb to the disease over the course of several weeks, and develop a hunger for flesh; this transition is known as the Turn. When the film opens, Maggie (Abigail Breslin) has disappeared from home after having been bitten by an infected man. She is taken in to a hospital by local police, and her father Wade (Schwarzenegger) is alerted. He is given a grim diagnosis by the doctor – Maggie is infected, there is no cure, and Wade will have to accept the fact that he is going to lose his daughter. The virus takes about 8 weeks to fully develop; when that time comes, Wade is told, he must say goodbye to Maggie and send her to quarantine to live out the last few painful days of her human life. 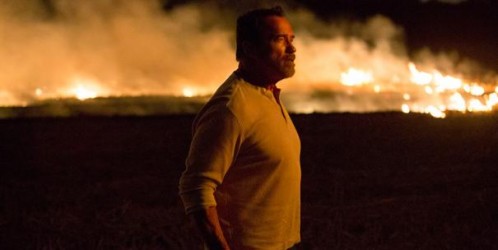 Though the plot might seem all too familiar at first blush, Maggie has some differences that set it apart from a standard horror film. I have a hard time even classifying it as a horror film. We’ve grown accustomed to zombie movies taking a cookie-cutter approach: outbreak, infection, sprinting zombies, and gore. The time that passes from bite to full-blown infection is usually pretty quick, which is scary in itself, because it doesn’t give characters the chance to say their goodbyes. One important difference in this film is that a slower spread of infection gives Maggie time to accept her fate and allows her the opportunity to say goodbye to family and friends, as someone with terminal cancer might. If you have ever witnessed the end-stages of a terminal illness, as I have, I suspect that Maggie will strike a chord with you. 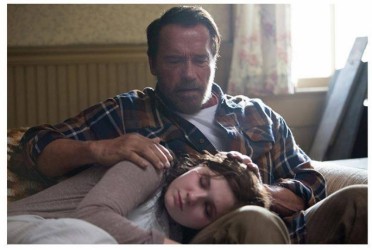 You’ll no doubt hear people say that they’ve never seen Schwarzenegger in a role like this, and they’re right. Gone is the macho robot; in its stead, we have a gentle and sympathetic father who promised Maggie’s mother that he would protect her at all costs. Schwarzenegger’s performance is measured and devastating. His quiet sadness reminded me of Sylvester Stallone’s performance in the 1997 film Cop Land. We’re not looking at “Ahnuld,” we’re looking at a father who is losing his daughter. Breslin certainly shines in her role, but it’s Schwarzenegger who, surprisingly, anchors the movie and gives it its heart. 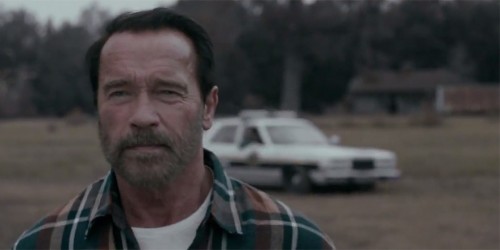 The why of the outbreak matters little in Maggie; it’s the what’s next that does. What do you do when fate deals you a terrible hand? Maggie suffers occasionally from a slow pace and it isn’t a thriller. And when it comes down to it, it isn’t really a zombie movie at all; rather, it’s a movie about illness and loss.