Fair Value of The Visit- $ – You know what? I can’t actually rate this film in terms of any monetary value. I can only rate it in terms of kidney stones. I have suffered from kidney stones in my life, without anaesthetic. It’s this acidic agony of pressure in your abdomen, a searing excruciation that causes you to vomit in reaction to the pain, even while your stomach is empty of materials to vomit, so you merely vomit burning bile which scorches your tongue. That was a better experience than this movie.

TL, DR: A complete abdication of any cinematic duty of story telling, coherency, without any shred of respect for the audience, the actors, or humanity.

It is incoherent in plot, immature in anxiety, inept in dialogue, immoderate in pacing, immodest in taste, indolent in cinematography. It is one of the most miserable collisions of apathy and pretension that I’ve had the misfortune to observe. 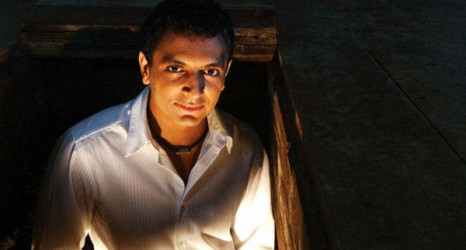 Behold true horror: a man who has abandoned all ambitions of artifice, entertainment, and engagement with his fellow beings.

Release Date and Context of Release: Universal Studios is now a subsidiary of Comcast, a company that is relentlessly inimical to any vestige of quality in the human experience.

I’ve been working on writing music criticism for adolescents, on the basis that it is easier to write music criticism for an unsophisticated, uneducated audience. That same logic is the basis of the release of The Visit. It is purely calculated towards the capture of young audiences who crave horror but are not permitted to experience it. That’s actually the worst part of this undertaking: not only that a film with such diffidence towards every aspect of dramatic crafting was made, but that its deliberately being vended and marketed at the young. Its the cinematic equivalent of selling lead paint to toddlers as an afternoon snack.

And so, instead of letting our tender younglings watch death or violence, we get to watch an old man shitting himself, removing the feces from his pants, and smearing it upon the face of a child. That actually happens in the film. And, metaphorically, it is what M. Night Shyamalan is doing, to everyone, in making this film. With The Visit, M. Night Shyamalan is hoisting the black flag of mediocrity, and declaring himself as an implacable foe of any kind of quality or human catharsis within film-making.

With this film, M. Night Shyamalan descends into a pure nihilism beyond that of Uwe Boll (who has camp) or Lars von Trier (who actually desires provocation) or Michael Bay (who actually desires to manufacture a spectacle, however tawdry said spectacle may be). M. Night Shyamalan is utterly immane to the effects of his cinema. He has responded to criticism by retreating from any plausible depiction of human interactions.

Tagline: On behalf of America, the human race, and the concept of consciousness as a state of being resulting from the cognition of a nervous system, I would like to apologize for The Visit. I had no conscious involvement in any stage of the development, creation, or release of The Visit, but it is inarguably true that I existed in the same country and time as that which made The Visit. Thus, it is possible, that like some ponderously glutinous butterfly, I, by the random actions which constitute my existence, have, in some unforeseen cascade of causality, inadvertently hastened the coming into being of this film. And for that possibility, however slight, I would sincerely like to apologize. I am sorry to God, who I don’t believe, and the Universe, which I believe in, and Cthulhu, who I suppose I would like to believe in. I am so, so, very, very, sorry, that M. Night Shyamalan has made a film and it is The Visit. 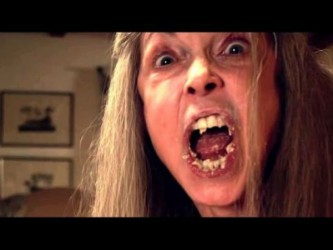 The Worst Cookie Monster Impression ever recorded on film.

How Terrible is it all, really? Because I have empathy and the belief that you, dear reader, are a being capable of discomfort, suffering, and pain, and because I would wish never to share the misery of my afternoon of Saturday 12th September 2015, I’d like to suggest the following recreational alternatives to watching The Visit:

Best One Liner: There’s not a single line in this film that I found resembling the actual speech of children or adolescents. And I have been a teacher, and I have heard many stupid utterances from the mouths of children, but none resembling this stupidity.

At multiple points, the younger child tries to rap. And it is worse rapping than anti-drugs PSAs, it is worse than Poochie from The Simpsons. As terrible as it is to watch poor young Ed Oxenbould getting excrement smeared over his cherubic face, it is somehow worse that Mr Oxenbould was forced to spit such weak raps, and that there was not a one person on the set that objected.

Best Novelty Death: There’s no death in horror films any more. Not on screen. I suppose there’s a girl hanging from a noose. But you don’t see her get hanged. That’s the PG-13 rating for you- you can degrade and debase children, but god forbid that there is an f-word or the slightest splatter of blood.

Lessons on How Not to Die: Don’t watch The Visit. You will still die, of course, but you will die having not seen The Visit. And that, dear reader, is an infinitely better ending than that of we poor wretches that have endured The Visit, and yet continue to live.

P.S.- It is narrowly possible that in writing this hit piece, I have inadvertently created a perverse desire in some to watch this film. You might be thinking “Gee, if Devon hates it THIS MUCH then it must really be a Turkey”.

Look, just because I write a good piece about getting infected with syphilis, or a good review of stepping in a rusty punji stake trap, doesn’t mean you should repeat the ordeal.

If you want to go see a giant flying flaming fart fireball of failure, watch Adam Sandler’s Pixels. Or M. Night Shyamalan’s The Happening. The Visit is just pathetic and miserable.