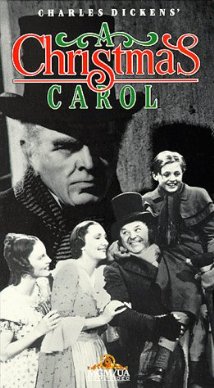 A 1938 Version of the Charles Dickens Classic, A Christmas Carol

At Ruthless, we have our heroes, the Arnolds, the Kinskis and Herzogs, but one of our favorite unspoiled characters is that of one Ebeneezer Scrooge. We love him for what he was, not what he was to become; another casualty of religious guilt and coercion. This 1938 version originally cast Lionel Barrymore, but health concerns prevented him from playing the role ultimately acted by Reginald Owen. 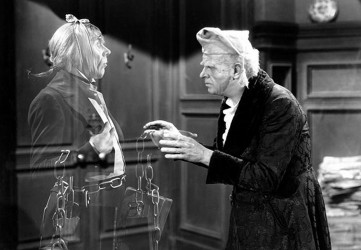 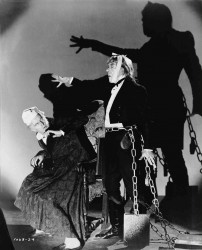 Having watched and enjoyed almost every other rendition of this Dickens classic, it is readily apparent that this version is the weakest, even after allowing for the fact that the movie is now 77 years old. There were many critical omissions. The film portrayed none of the darkness and holiday despair that we have come to cherish and embrace, and the acting was wooden and uninspired. Even the Cratchits seem well-fed and boringly happy, unlike the other versions where their bravado is transparent and ripe with quiet desperation. The ghosts were hardly scary, ranging from gorgeous to mundane. The ghost of Christmas Present was especially ho-hum, particularly if you compare him to one of the more terrifying ghosts, such as Christmas Present in the 2009 animated version. 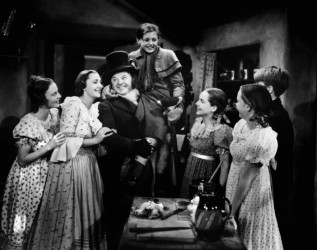 I thought that Reginald Owen gave it a good effort, but was unsuccessful in portraying the nastiness of Scrooge that we all expect and love. He went along with the redemption and cleansing without as much as a whimper, which was very disappointing. Not only is this version the shortest one, but it is also the most Christian one with several additional scenes of the Church and worship. From a Ruthless standpoint, there is really not that much here for us in this disappointing early film rendition of my favorite classic. For a classic Black and White version of this Christmas favorite, skip this one and watch the Alastair Sim version made in 1951, you won’t be disappointed.