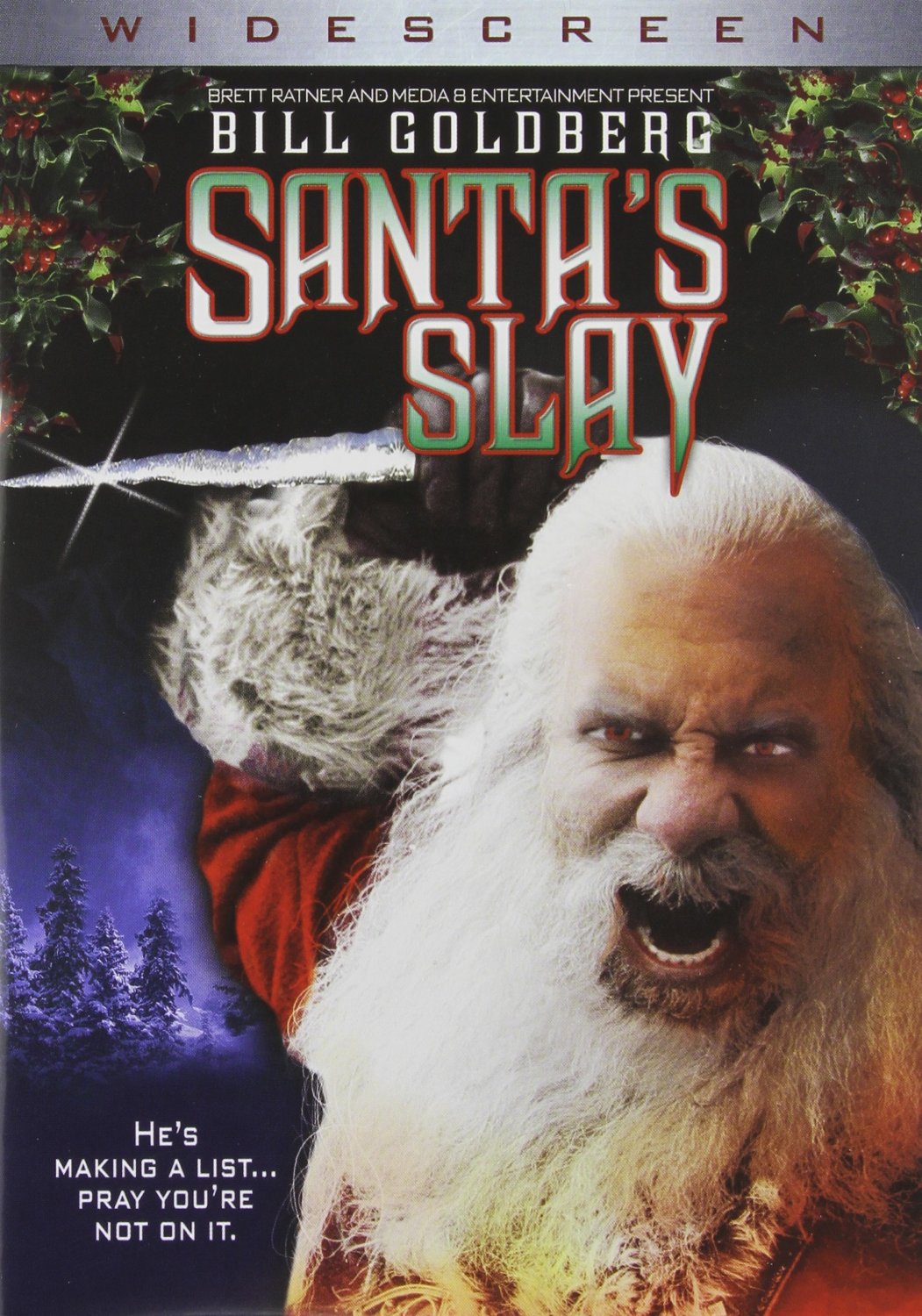 Santa is really a demon, and he is one who wreaks havoc when released from a lost wager.

The opening scene was wonderfully gory and camp, and it was the best scene in the movie. The Goldberg Santa, after cooling his heels for 1,000 years, was ready to rock, roll, and kill. He went down the chimney of a random rich folks’ house and proceeded for no apparent reason, to toss the little yappy dog into the ceiling fan and then violently kill everyone else. Yes, that was James Caan and Fran Drescher in the opening scene, and yes, both were killed off quickly after being impaled with two forks, a turkey leg, set on fire and drowned, respectively. Now that they had your attention, it was time to roll the opening credits. 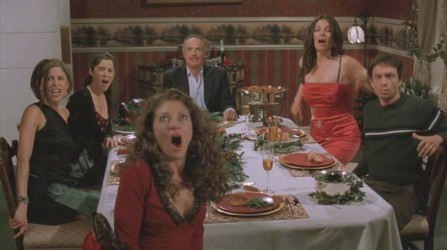 Santa’s Slay was not a horror movie, but a surprisingly hilarious dark comedy that never accidentally took itself seriously. The cast was really amazing for this type of slasher movie, and I know that James Caan and others just had very brief cameos, but it was a real coup to get the late and great Robert Culp to play one of the lead roles in this unique portrayal of Christmas madness and bloody hilarity. I was pumped when I saw the always terrifying Tommy Tiny Lister, but alas, he was only in one meaningless scene and did not contribute to the mayhem and violence. Just the thought of Lister getting in the mix with Goldberg would have elevated the potential of this movie, but it was not to be. 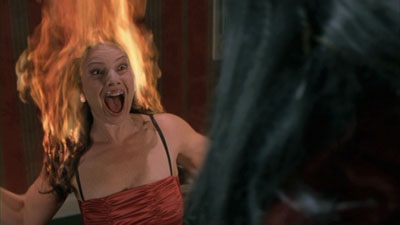 O.K., the plot of this movie was beyond idiotic and horrible, but the movie never gave the viewers the slightest hope of being good, so the viewers pretty much knew what they were going to be watching. Santa, who was the Son of Satan, had been challenged to a rock sliding curling contest (Loser leave town, baby!), and due to his subsequent loss to the Good Angel, Santa was forced to lay low for 1,000 years and behave in a kind and joyful manner. As you might imagine, this did not sit well with Santa and at the end of his millennium he immediately unleashed his frustration and fury on, you guessed it…the tiny Hells Township. 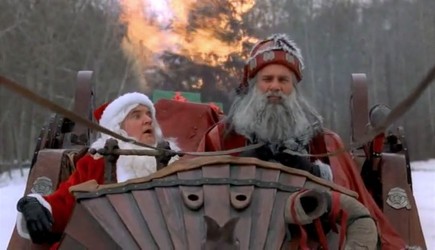 The rest of the movie centered around Grandpa, played competently by Robert Culp, the grandson, Nicholas Yuleson (yes, really), and Mary Mac McKenzie, the annoying girlfriend. As the bizarre history slowly unfolds, the trio spent most of the rest of the movie trying to avoid the murderous and hilarious rampages of the Goldberg Santa. Yes, Goldberg was Santa and he was in top form as he ran the foul-mouthed old lady off the road to a fiery death, stabbed a potential Santa mugger in the eye with a candy cane, terrorized and destroyed a strip club, impaled a Jewish deli owner with a menorah, and buzzed a Christmas Choral Choir with his bison powered sleigh (Hell on Hooves!). Yes, and mean ole Santa was just getting warmed up!

Now I’m sure that all of you remember Goldberg from the Atlanta Falcons. He’s the one that didn’t abuse animals, that is, until this film. Well, the yappy little shit probably deserved it. Anyway, if Pro Football is not your bailiwick, then perhaps you remember this hulk as a bad ass from the WWE. He won all his matches via sheer intimidation and sneers, but he couldn’t wrestle worth a shit, so his days on the wrestling circuit circus were limited. Goldberg was and is not any sort of acting threat to the Oscars, but for this particular character cast, he was damn near perfect. 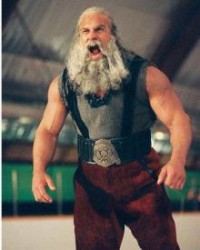 This movie is enjoyable, but so is hot wax on the testicles to some people, or so I hear. I don’t want anyone out there who reads this to come to the conclusion that I thought this movie was in any way or form, good or a competent effort, it wasn’t. This work of Christmas art effectively kills David Steiman’s career, what little there was of it to begin with. We must however consider the reality that in the same movie were Sonny Corleone, Goldberg, and The Man From I Spy (with Bill Cosby); that was pretty awesome.

Oh, and Santa hated Jews too. 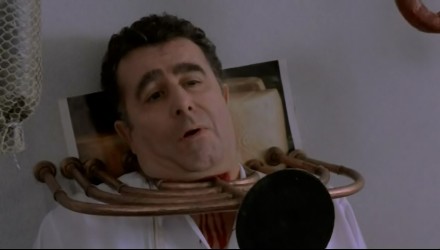 DVD, Extras, etc. 8/10: The DVD was surprising rich with special features that included giggles, the behind the scenes making of the movie, deleted scenes, and other useful extras. There was, however, no commentary by Goldberg or anyone else.