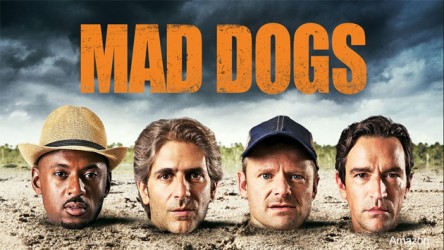 Welcome to another edition of Binge-Watch! By now, you most certainly know how much I love to veg out on a newly released show. This latest binge session was courtesy of Amazon’s newest original series, Mad Dogs. With plenty of faces you’re sure to recognize, Mad Dogs is yet another entry in the category of “What Happens When Ordinary People Find Themselves in a Whole Lot of Shit?”

I knew exactly zero about Mad Dogs when I pressed PLAY. The story starts out simply enough: four guys who have been friends for years are headed to Belize to celebrate the retirement of their super rich friend, Milo. Sounds like fun! But there was one problem that was obvious to me from the very beginning: these guys, who’ve been close friends for a long time, have pretty bad chemistry at the onset. The first thing I wrote in my notes was, “Why are these guys friends?” 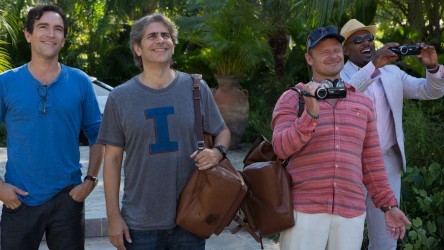 I wondered if it was a casting issue. But how could that be? The four main characters (Lex, Joel, Gus, and Cobi) are played by four veteran actors whom I like very much (Michael Imperioli, Ben Chaplin, Romany Malco, and Steve Zahn)! Something just seemed off. I was relieved to learn that it wasn’t a casting issue, but rather what seemed to be a deliberate move by the writers, as evidenced by the following exchange:

Aha! So I wasn’t nuts. Well, I mean, at least not about that. Back to the story at hand. We’re all gathered in Belize for gazillionaire Milo’s retirement, and guess who plays Milo: BILLY ZANE. How surprised was I to see Billy Zane? Well… 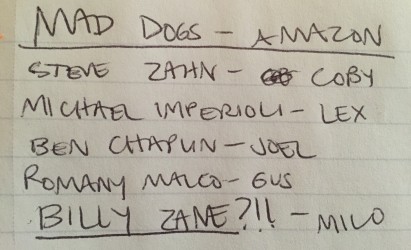 Here’s the thing about Billy Zane. He always seems to play the same character: a dick. I say that lovingly! He’s good at being a dick! You need somebody to really get under your skin in a movie? Zane is your man. But given the awkward chemistry that I mentioned, I wondered why any group of friends would go visit this guy, Milo, when it was pretty clear that he is a DICK. But here’s where things get interesting. Something pretty major happens while these super best friends are eating dinner in Belize, and the real story begins. 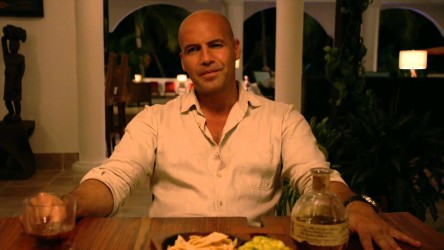 Mad Dogs is hard to classify. At face value, it’s an often-violent drama. A lot of really REALLY bad things happen during the course of this show. And yet, there were episodes that were laugh-out-loud funny. I suppose I would call it an Absurd Drama. There are just enough moments of sheer ridiculousness and humor to keep Mad Dogs from veering too far into the heavy drama category.

It is precisely the hard-to-define nature of Mad Dogs that I found to be both endearing and frustrating. I like my dramas to be dramatic, damn it. Then again, the moments of levity were much appreciated. Maybe not everything needs to fit neatly into a little box.

Mad Dogs was, for me, fine. And fun. And weird! I didn’t love it, and I found myself zoning out a little in the middle few episodes. By the end of the first season, however, I was fully invested, and wondering where the story would take our characters next. One other reason why I’m willing to take the ride into season two: Shawn Ryan is one of the executive producers. Imagine that The Shield and (the criminally underrated) Terriers are bookends: Mad Dogs fits neatly in between them. 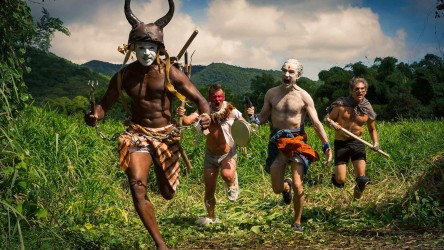 If you have an Amazon account, give Mad Dogs a shot. I think you might like it! And if nothing else, it might change the way you feel about vacationing with friends. As one character says, “It’s hard traveling with friends. You think you know people, but when you travel with them, that’s when you really get to know them.” Indeed.