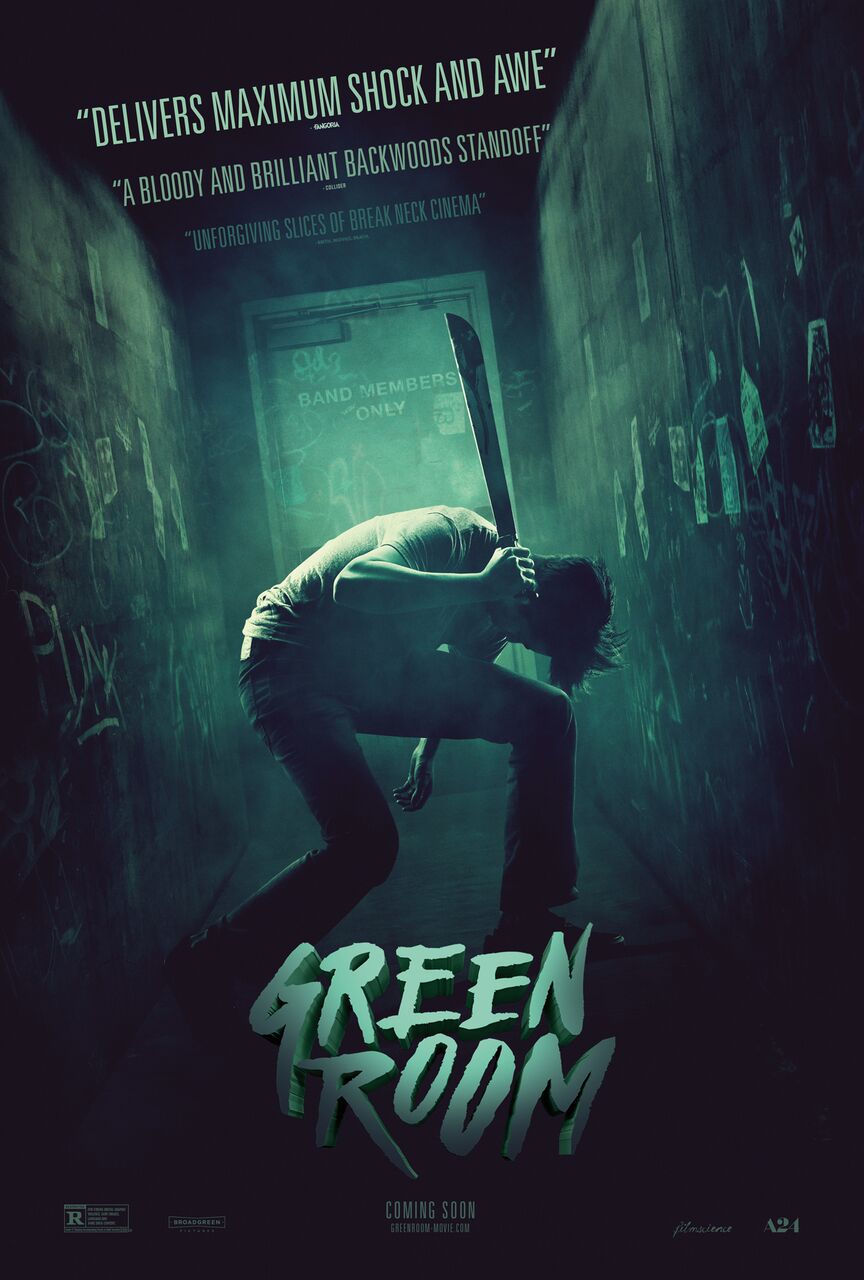 After witnessing a murder, a punk rock band is forced into a vicious fight for survival against a group of maniacal skinheads.

Is this film worth my time? Green Room is an instant classic of exploitation cinema, a taut and frantic siege movie that is evocative of Straw Dogs and Assault on Precinct 13.

Who is this film perfect for? People who want to see punks fighting neo-nazis with whatever weapon they can scrounge, and people who want to know if Patrick Stewart can do a villain role (and who have not seen his Macbeth). 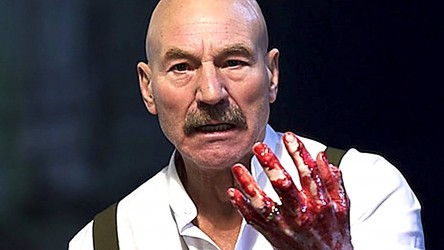 Can Patrick Stewart do a villain role? He excels, bringing menace and grandeur without ever raising his voice. Imagine a racist version of Walter White from Breaking Bad– simmering, sour, and ancient anger beneath a mask of pragmatism. What makes Stewart’s Darcy so effective is the bored malice that he brings to the film- this is a character that’s made a half dozen people disappear before, and so he goes about marshaling his teenage soldiers with the resignation of a farmer cleaning his stables.

Who will not like this film? Like Deliverance, or Kajaki, The Green Room does not pull away from the violence, and the small cast makes the violence all the more disturbing. You’re with these characters for every drop of blood that leaks from their bodies. The squeamish should avoid this film.

What is the summary of this films concept? Punks accept a gig to play at a nightclub that’s a skinhead HQ, witness a murder, and must somehow survive the night as the only living witnesses to the crime. 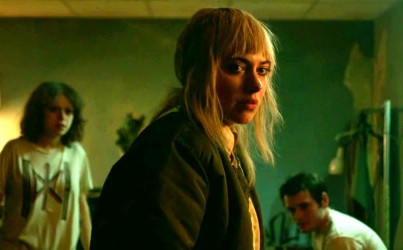 More Information: The Ain’t Rights are an NYC hardcore band that’s barely making it across the west coast, siphoning gas to survive. There’s the hot headed and muscular drummer Reese (Jake Cole); pragmatic guitarist Sam (Alia Shawkat), the provocative and temperamental front man Tiger (Callum Turner), and the timid bassist Pat (Anthon Yelchin). There’s also the druggie Amber (Imogen Poots), who was in the wrong place at the wrong time.After barging into the green room backstage just in time to see a girl get murdered, the Ain’t Rights are boxed in. A gun waving bouncer is not allowing them to leave, while outside, true believers are gathered to help to quiet the problem.

What works in this film? The film has a great degree of veracity in the punk rock aesthetic. The club that functions as the main set of the film reminds me of several places where I’ve done shows (albeit with more neo-nazi imagery). You can practically smell the spilled beer in the rooms.

The cast is universally excellent, and their interactions give the film an off-kilter tempo that builds the suspense. This is not a film where the deaths happen at formulaic intervals, and the casualties don’t adhere to dramatic convenience. There’s violence when its least expected and long, unusual pauses as well.

On top of that, its a surprisingly empathetic film. There’s not just the camaraderie of the punks, but even the neo-nazis get some humanizing lines. Its very clear very fast that nobody really wants to be doing this, and so the whole thing plays out like a train wreck in slow motion. As Patrick Stewart’s villain gets to say, “This is a terrible day for all of us..”