In terms of a setting for a film, the casino seems to have it all. Glamorous surroundings, beautiful people, drama, conflict and sharp reverses of fortune that can hinge on the turn of a card or the roll of a dice all make for riveting viewing. But, while there have been many casino-based movies its surprising that there arent even more, especially as cinema is probably the ultimate in escapist entertainment. Nevertheless, here are a five of the very best of this particular genre.

Theres probably no other fictional character whose quite as comfortable slipping on a tuxedo and heading for the casino as James Bond. In the first of the Daniel Craig era of films we find the hero taking on the arch-villain Le Chiffre in a do or die game of poker with Bond gambling with millions of pounds worth of the UK Governments cash. Despite being nearly fatally poisoned mid game and being saved by his cars on-board defibrillator, Bond goes on to win the game with a straight flush.

The casino world has changed a lot in many ways since these movies came out. People play online pokies games on their way to work on a mobile device and stopped attending land base casinos. It will be interesting to see what kind of movies will come out now that online casinos like bonusy bez depozytu and virtual casinos are on the rise. 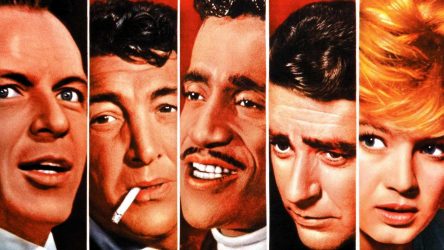 Harking back to the legendary days of the Las Vegas Rat Pack, Oceans 11 has an all-star cast headed by George Clooney with Matt Damon, Julia Roberts, Andy Garcia and Brad Pitt.
Its essentially a heist movie with the gang planning to steal millions from the Bellagio, the MGM Grand and The Mirage Casinos. The plot is complex and fast moving and it was a big hit with cinemagoers who helped it to take over $450 million at the box office around $360 million more than it cost to make.

Matt Damon pops up again in Rounders, the 1998 film in which he stars alongside Edward Norton and John Malkovich. Its Damons ambition to play in the World Series of Poker but his plans are undone early in the film when he loses $30,000. He is then reunited with old friend Norton who is in debt and in danger. Damon vows to win enough to pay off these debts by playing poker which he does in a tense game of No Limit Texas Holdem and, surprise, surprise, the film ends with him heading off to Vegas to realise his dream.

As the title suggests, blackjacks the game in this casino/heist drama from 2008 starring Kevin Spacey. Based on true events, it tells the story of the Massachusetts Institute of Technology team who devised a complex form of card counting using and used the skill to take millions of dollars from Las Vegas casinos. There are many twists, turns and double crosses along the way, including Spacey being given a bag he believes are casino chips but which are actually chocolate coins.

Following on from the mob-world of Goodfellas Martin Scorsese went on to make Casino featuring many of the same cast including Robert de Niro and Joe Pesci. More of a film about the casino environment than about the gaming itself, it also charts the end of mafia involvement in Nevada gaming before the big corporations moved in and took over Las Vegas.

So, as you can see, theres a huge variety of plots and possibilities that all come under the umbrella genre of casino movies with comedy, tragedy and even farce playing a part. So lets hope that right now Hollywood is working on this generations defining casino movie, whatever that might be.