The Race And Class Election Puzzle, Solved By A Guy Who Loves Seagal Movies.

Maybe I’m an idiot. I lost thousands betting against Trump and I’ve seen Marked For Death at least 20 times.

But the race/class pieces of this election puzzle seem easy to put together to me, yet nobody’s doing it right. Here:

1) Some people are, to varying degrees, racist or prejudiced or whatever and, to varying degrees, vote accordingly. But not so many that we can’t have a popular, two term, Black president. Even if maybe some of his supporters think that he is one of the good ones in spite of being a Muslim.

2) We live in a country of racial inequality and the rankings of the Division 1 races go something like: White, Asian, Latino, Black.

3)That means the higher ranking groups have more stuff.

4)When neoliberals like Clinton and Bush decided to fistfuck the middle and working classes, a lot of people who had stuff lost it. They became angry, as they watched the rich get richer and use some of the loot to pay the Clintons $2 million to perform at their kids’ Bar Mitzvahs, while Jeb maintained a seven figure side gig consulting Wall Street executives on where to get the best hot dog in any American city. Trump, of course, kicked their teeth in. First The Bushes, then The Clintons, which many Democrats and Republicans who were not generally fans of Trump secretly enjoyed at least a little.

As the neoliberal plan came to fruition and inequality boomed, many of us boiled as the media accounts of the economy focused on stock prices and, when discussing jobs, pretended there is no difference between making $50k with benefits and self respect and working part time at a 24 hour CVS where the manager flips you from graveyard to morning shifts whenever he feels like it and you can only respond with a frozen smile of fear. 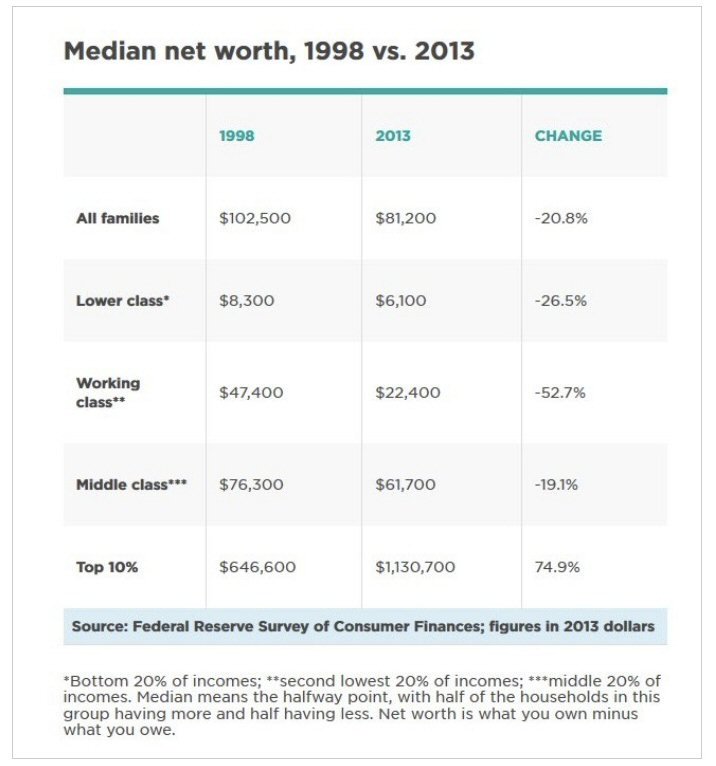 6)By voicing the anger of people who had and then lost stuff, Trump succeeded among groups of voters in this order: Whites, Latinos, Asians and Blacks. Asians and Latinos flipped places, but not by much. Maybe because more Asians are Muslim.

7) Let’s experiment with telling the truth. Trump didn’t just voice their anger, he promised some things like blocking TPP and renegotiating NAFTA, that would really help these people, while Hillary was going to right on fistfucking them. Maybe he is lying and he definitely wants to fuck them on taxes, but he can at least argue with some credibility that he intends to protect and create jobs so that they have taxable income to get fucked on.

8)Of course, the poorest and most discriminated against, who never had much stuff to begin with, are angry too, but Trump didn’t reach out to them. Clinton kind of tried, by hanging out with some rich black people and doing some dances that I, 30 years her junior, am too old to know about. But neither candidate really focused on breaking the cycle of poverty. So Trump still gained ground, even among blacks. Trump did better among non-whites than did Romney. Slightly more than one in eight black men voted for Trump. One in three Latino men voted for Trump. Please write that down on a piece of paper and then look at the piece of paper the next time you feel like suggesting that this is the declaration of a race war or something.

This part is letters because these are more normative claims, which means it’s the part where I’m an even bigger idiot.

A) If you want to classify being able to comfortably support your family without much worry as a component of white privilege, that’s just super. Yeah, whites were and are more likely to enjoy such a situation. But that’s no reason for them to accept it being stripped away to benefit Wall Street Executives and people who give highly paid, secret speeches to Wall Street executives.

B) Instead of lying to and smearing people on issues like illegal immigration: illegal immigration is actually good for construction workers, but they are too racist to admit it, Democrats need to come up with honest, compassionate positions meant to elevate more people to positions of privilege.

Something like, obviously, having 8 million people in the workforce who have no rights puts downward pressure on the wages, working conditions and job stability of all other workers. So we need to 1) Admit that we wanted a bunch of new labor from Mexico and Central America and it didn’t happen by accident. 2) Grant these workers the full rights and protections they deserve. 3) Establish a living wage, universal healthcare, and all that other good stuff so all workers have good lives. 4) Enforce labor laws, so that the new workers aren’t used to fuck over the old ones.

C) Are there some white people who are so rotten that they’d rather see everyone miserable than see everyone do well, with a Mexican making as much as them? Yes. All rotten people exhibit some variation of that thought process, and racism is just one manifestation of it. But they are in a minority. Trust me. I go to the secret white people meetings and nobody likes those guys. Even many people who tend to root for an athlete of their own race and don’t care for BLM would be pretty happy to share great jobs and a stable society with other races. Which is why many of them voted for Obama, who kind of let them down.

D)The media love stories like the country’s largest KKK group, with an estimated 150 members, holding a Trump rally, which they are doing because they know it will get them all over the media. They love it because division, anger and fear sell, and benefit the elites. Plus it is very satisfying to congratulate yourself for being morally superior to the KKK. But that is not the real story here.

Have a beer and relax. Then get ready to fight back. The new faces of the Democratic Party are shaping up to be Keith Ellison, Bernie Sanders and Elizabeth Warren. If the Democrats put forward a truer vision of taking our country back and MAGA, abandoning their previous strategy of promising to just piss on you instead of shitting on you, they will get plenty of support from every demographic.