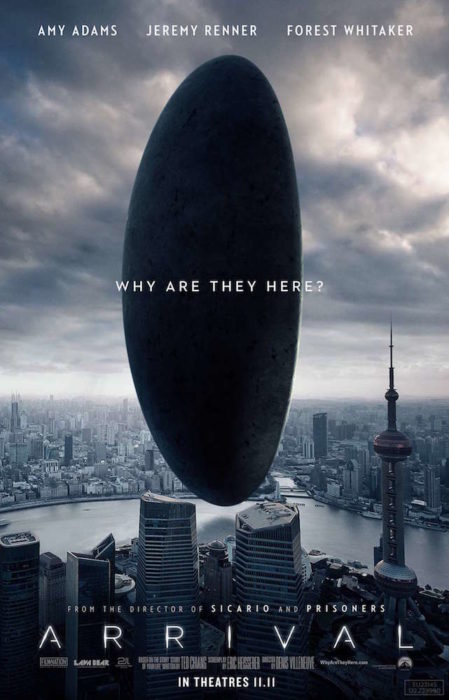 I guess that I was supposed to like this movie. I mean, really, it gets 8.1 at IMDB and almost unanimous acclaim from the critics. According to these critics, this movie is as much of a sure bet as Hillary Clinton’s election, but something happened on the way to the viewing and the exit. It was boring. Oh, the movie brilliantly displayed non-linear orthography and has been smugly analyzed and appraised with the Sapir-Whorf hypothesis thrown in as cerebral masturbation as well. There was the use of flash-backs and flash-forwards that were cloaked and cleverly not revealed until the very end of the movie. We were supposed to be impressed with the greatest Sci-Fi movie since The Day The Earth Stood Still, so what happened? 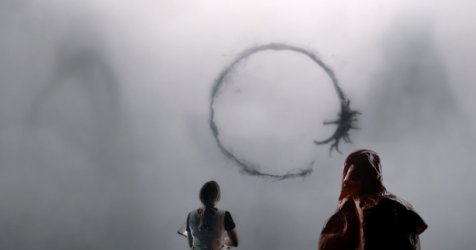 Well, let’s get on to the movie and *Spoiler Alert* be damned, I really don’t care. I have never been a huge fan of the sci-fi film genre of aliens invading the earth, but I don’t think that my lack of enthusiasm will impact this particular review, so on to the story. 12 elliptical alien vessels have randomly come to rest on our planet and there is much and increasing consternation among the populace and governments of the Earth. These ships are silent, defy gravity (of course!), and leave no observable footprint or immediate impact on the planet.

Understandably, the governments and the military were very interested in the intent of these uninvited visitors and employed a morose but very talented linguist Dr. Louise Banks (Amy Adams) who was having reveries about her child who was lost to cancer. Dr. Banks was joined by Dr. Ian Donnerly (Jeremy Renner) to decipher the language of the space aliens, and for the inevitable romantic involvement. The aliens, who resembled giant lapidary lava calamari, grunted, groaned and spewed circular ink circles that Dr. Banks feverishly attempted to interpret in between more flashbacks about her dying daughter. There was, of course, a race with time as many of the nations were fed up with the giant squid and planed to take military action. Dr. Banks was eventually enlightened and saved the day for the planet earth. We discovered that the flashbacks were really flash-forwards and congratulated the makers of this mess on their collective cleverness. *End Spoiler Alert* 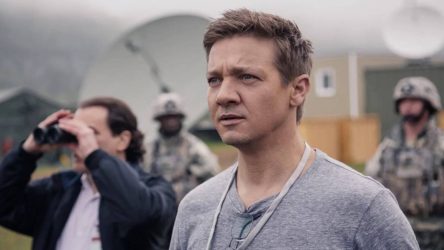 Except for Amy Adams, whose character was developed as a brooding and pensive linguist, the male stars in the movie were totally undeveloped and wasted. Renners sum total contribution to the film was apparently to name the two floating squid-thingies as “Abbot and Costello” and to be an inevitable sperm donor for Dr. Banks. Forest Whitaker looked totally lost and miscast as the military officer in command of the operation. They could have replaced him with a wind-up robot and no one would have noticed the difference. The rest of the characters in the movie, especially the C.I.A. tool (Michael Stulhbarg), were quite forgettable, especially the renegade soldiers who tried to blow up an alien vessel that was obviously light-years ahead of the Earth in technology, with the equivalent of cap pistols. 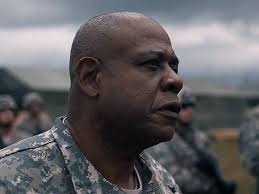 If you are interested in delving into the “oohs” and “aaahs” of this pompous snore-fest, there are several websites and blogs that mewl and pine over how philosophically focused and metaphorically rich the film Arrival was. Arrival is praised for its message that the countries of the world need to work together in harmony and bliss, in some sort of Tower of Babel peace without the intervention of a petty and jealous God. The Hepatods wished to bestow on the Earth a gift, in the form of their unifying and non-linear language, but somehow instead only managed to create fear and mistrust. This message was so stilted and vague that the creators of this movie only made the movie more confusing and boring. The ultimate purpose of any movie that is foisted on the general public is to entertain, and Arrival fell woefully short, in spite of all of the accolades. One gentleman in front of me noisily wadded up his popcorn bag and walked out about 10 minutes before the film was over. No one complained and no one could blame him. After the movie was over (almost a full house), no one lingered and whispered through the credits, as is the usual after a really good movie.

Not only was the plot a boring attempted tear-jerker, but every visual aspect of the film was dreary and unimaginative. For what was marketed as a science fiction thriller, there was absolutely nothing thrilling or visually appealing about this film. There was no bang, no zip, and no life in this overly pretentious clunker of a film. My advice? Avoid.