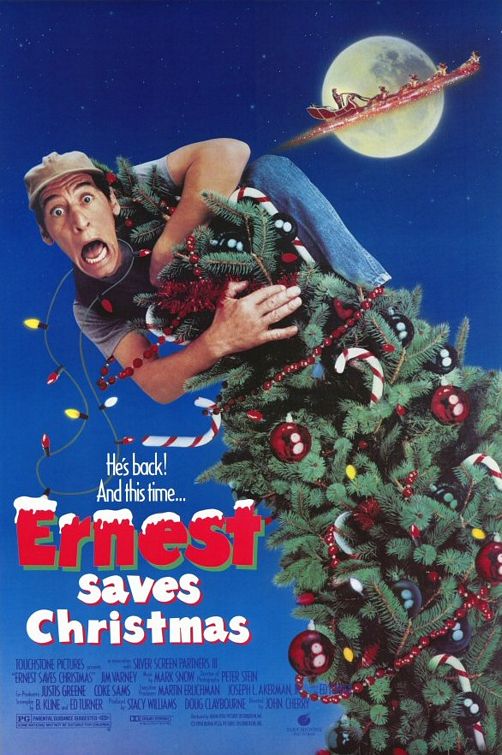 Once again Christmas must be saved and Ernest steps up.

While browsing through IMDB and other sites for pictures, movie posters and other obligatory information for this review, I noticed that Jim Varney (Ernest) was dead. He died in 2000 of lung cancer at the age of 50. This is the only thing that brought a smile to my face during the entire viewing and research for this Christmas film. Well, that and seeing the ending credits. At least now he is no longer capable of doing damage. We still have Will Ferrell.

Christmas must be saved! is the tireless plot of nearly every Christmas movie made, and this debacle of a film was no different. An aging and increasingly senile Santa Claus had come to town to seek a replacement. His targeted replacement is a hapless Joe Carruthers, who has just been sacked from his TV Kiddies Show. Santa has also had his sleigh and reindeer shipped to Florida for the new Santa to be, in a side story that is almost as dumb as the main plot of this movie. 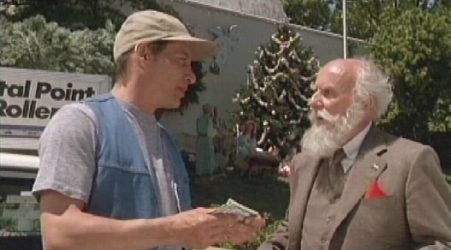 Ernest, the cab driver, predictably picks up Santa as a fare, and of course immediately interacts with him while he is laying waste to anyone and everything around him. It is just what he does. Ernest also interacts with a little thief/slut/runaway named Harmony, who jumps in his cab after she had walked a check at a restaurant. The rest of the movie revolved around Santa trying to convince Carruthers to be Santa instead of taking a movie deal, and Ernest devastating everything around him. Meanwhile, Harmony has stolen Santa’s magical red bag and it looked like the 7:00 Christmas Eve deadline of finding a new Santa would not be met. Oh, and we also had geriatric midgets, inserted in the movie at the last minute, and for no apparent reason. In the end Christmas was saved by Ernest. Praise be God! 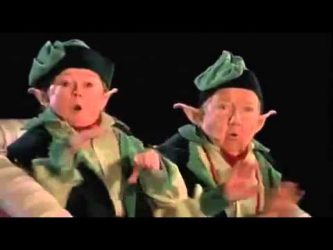 I know that it is the path of least resistance to pick on Ernest in this movie. He’s dead, and he certainly deserves it, but there is more involved than simply his nails on the chalkboard annoyance. I really can’t think of many that come close, except for Adam Sandler, but I must press on. There are great Christmas movies out there that are comedies (See: Christmas Vacation), and there are others that are competent and watchable (See: Holiday in Handcuffs). There is more to the failure of most of these Christmas movies than mere acting. Jim Varney was an accomplished actor. His chameleon scenes could be quite good and his scene in the jail, trying to spring Santa was the very best in the movie. Writing and editing matter, even in dreck like this movie and the editor never created a cutaway scene that he did not like. The incompetence and writing, even for a film like this, was disgraceful. I’ve even read that this movie was the best of the Ernest movies and that is a claim that I do not care to pursue or challenge.

Please check out all of our always respectful Christmas Movie Reviews here.