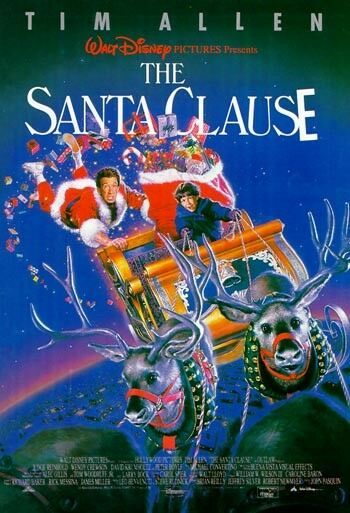 Throughout my life, and in the last few years reviewing movies at Ruthless, there have been few things that have actually terrified me. After watching The Santa Clause (1994), I noticed that there are actually two sequels to this movie. That is terrifying. I would say that I have no words, but actually I do, and these words are not going to be kind. This movie will probably wind up the Christmas movie reviews for this 2016 season. I present to you a horror known as The Santa Clause (1994)

The Santa Clause (1994) was a movie that hits the perfect storm of a needless, contrived and hopelessly mediocre holiday movie. It failed on every single metric imaginable. The Santa Clause was not funny, not innovative, not thought provoking, cute, camp or clever. What it was was boring, tedious, predictable and very, very creepy. I’ll write more about this later. Santa Clause was a holiday movie starring Tim Allen and it was a big success. The basic plot of this movie is like dozens of other Christmas movies in that people must believe in Santa or Christmas for Christmas to be saved. Tim Allen played Scott Calvin, who accidentally killed Santa. This act was witnessed by his shitty little son, who hated him. According to this movie, anyone who killed Santa must automatically take his place. Cruel and unusual punishment did not even begin to describe this concept. 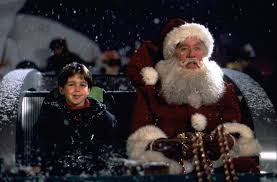 Anyway, Scott reluctantly took up the task, made the Christmas Eve rounds via his magical reindeer and ended up at the North Pole. He was accompanied by his son, who now liked him since he was Santa. As the movie progressed, Scott embraced the new calling, got fat, grew a white beard, and was now ready for the task the next Christmas. In the meanwhile, his shitty ex-wife (the one with the really bad haircut) and her shitty psychiatrist boyfriend, tried to deny Scott custody of his shitty son, who again, now liked him. You know, because he thought he was Santa Claus, and was nuts. Santa, I mean Scott, spent the balance of the movie trying to convince everyone to JUST BELIEVE! 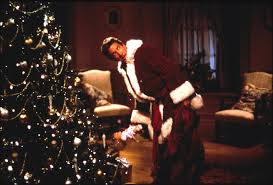 Sound familiar? This clunker of a holiday classic borrowed every unoriginal idea they could from various other Christmas movies like A Miracle on 34th St., Christmas Vacation, The Polar Express, and even stinkers like Santa Claus (1959). I really never thought I’d live long enough to see reindeer as creepy as those in Santa Claus (1959), but they were there, and flatulent, too. Not only were the reindeer disturbing, we again had sweat-shop kids working as slave labor at Santa’s shop at the North Pole. Yes, these were elves, but they were supervised by a quite annoying Workhead Jew named Bernard, who had a very bad attitude, and understandably so. As annoying as Bernard was, he was no match for the know-it-all son, Charlie Calvin. 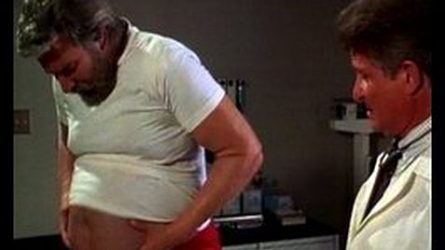 This movie was horrible, embarrassing and as I stated, very creepy. No scene was more uncomfortable than the bedroom scene at the North Pole. One of Santa’s little elves, who looked like a 9 year-old girl, brought the new Santa hot cocoa and some sexy red pajamas. Innuendoes were tossed back and forth as the little elf girl leered after Santa. She boasted of her experience, as she was “dating” another much older elf. Santa’s son was in the room observing the entire exchange. I felt like turning the movie off, taking a shower and registering as a sex offender for just watching this. I’ve wondered what movie could be more unwatchable than Elf. I think that I now have the answer.