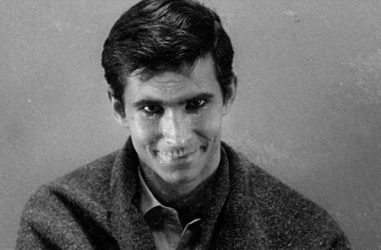 Here are A Few Ruthless Movie Villains. Villains have been part of movies since their inception. We love them, we love to hate them, but most of all we know how to appreciate them in our movies. Here at Ruthless we have our own set of villains, especially in our 80s Action Movies, but I’m not going to include any of them here. Well, maybe one. There are also no stupid comic book villains included either, so there. This is not a best or Top Ten list, because if I endeavored to do that, I would never finish. I know that there will be plenty of people left off, so in the comments please tell me where I have gone astray and who I should have included. 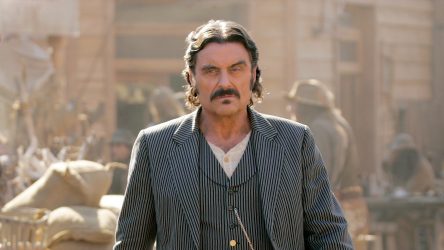 TV Series villains are not included or the guy above would head the list. Plus, this notorious pimp and “businessman” was a real person. Regardless, no one was more Ruthless than Ian McShane in Deadwood. Also not included in this list are The Joker, Hannibal Lector, Lady Kaede, The Wicked Witch of the West, , Sauron, Michael Corleone, Pennywise, Nurse Ratched, The Grinch, Anton Chigurh, Hitler or Marlon Wayans. Here are some of my favorite movie villains, in no particular order, except for the last one. 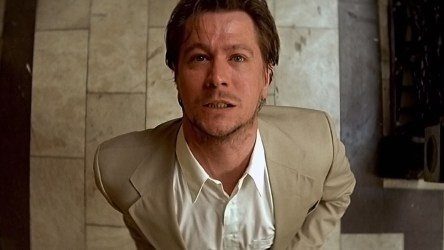 Gary Oldman- It is hard to perceive of a greater villain than one character who was supposed to be a good guy. The portrayal of Stansfield, a DEA cop, was not too over the top, it was just closer to perfection than any other actor could have done, anytime, anywhere. The DEA man was a bad cop, a very bad cop who unfortunately for cops and crooks alike, was in a high operational position in the DEA. His fearless and drug-fueled rampages and rants were a spectacle to behold as he terrorized everyone in sight, especially his own enforcement team. He methodically murdered an entire family, including a 6 year old little boy, while jerking spasmodically and humming Beethoven. That’s pretty Ruthless if you ask me. SEE: Leon: The Professional – Ruthless Reviews. He had some other memorable roles such as Zorg in The Fifth Element and Ivan in Air Force One, but nothing comes close to the evil that he portrayed in Leon, one of the greatest movies ever made. 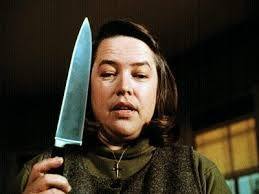 Kathy Bates as Annie Wilkes in Misery. Annie Wilkes was a psychopath, a sociopath, and a blood-thirsty murderer who could be the most ruthless stalker of all time. From the terrifying book to the even more terrifying movie, Kathy Bates was one bad-ass lady, and a nurse, too. What’s worse than being a POW in a No. Vietnam hellhole with rats in a burlap tied around your face? Let Annie Wilkes show you the way. She adored Paul Sheldon, so it is hard to imagine the hospitality that she would have extended to someone she didn’t like. If you’re a well read author, you might want to run your endings ideas past Annie before you proceed. No one could have portrayed the dark and brooding bi-polar killer better than Kathy Bates. Well, maybe the last guy in this article, but it would be close. (EDIT: Check out Holly Jones in this movie. Annie Wilkes may have met her match)

Ben Kingsley in Sexy Beast. What? Ben Kingsley, the lovable Gandhi? That’s right. Ben Kingsley’s performance was simply over the top madness that will have you squirming with discomfort, then quaking in fear. He was a part-time gangster and full time intimidator and enforcer. He was a speeding train without brakes, a Looney-Toons Tasmanian Devil with tourettes, a pit bull with A.I.D.S., only much, much worse. Don had come to wrest Gal out of retirement, to recruit him for one more heist, and he was not one to take no for an answer. The dialogue between Don and Gal was a Mametian-like staccato that will have you back on your heels. “No-no-no-no …Yes-Yes-Yes-Yes” had never been uttered with more spitting vitriol as the confrontation built to unbearable levels. See the review of Sexy Beast – Ruthless Reviews 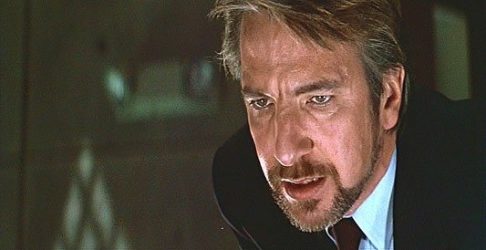 Alan Rickman- This was a pretty easy one. Everyone remembered him for the cool and very ruthless Hans Gruber in Die Hard, but his talents as the ever-present villain went from the Sheriff of Nottingham in Robin Hood, to Severus Snape in Harry Potter. Rickman made a very forgettable movie worth watching as the very annoying and unlikable Sheriff. Regardless of the other magnificent roles he played as villains or not, in minds of most people Rickman would always be the cold-blooded Hans Gruber. 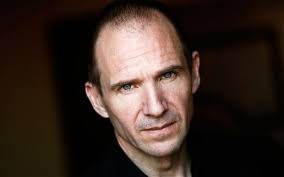 Ralph Fiennes- Want a villain? Look no further than this creep. I mean, who was a more cold-blooded murderer than the infamous Amon Goeth? Need someone to strap a newspaper man in an ancient wheelchair, set him on fire and roll him down the street after eating his face like a piece of corn on the cob? Ralph is your anti-hero in the movie, Red Dragon. Hell, Hannibal Lector was in this film and he couldn’t hold a candle to Francis Dolarhyde. He also enjoyed his homemade snuff films while being hoovered by his sightless girlfriend. That’s pretty ruthless. Fiennes was also quite terrifying in the movie In Bruges – Ruthless Reviews with some of the best dialogue in the history of film.

And the Winner IS! 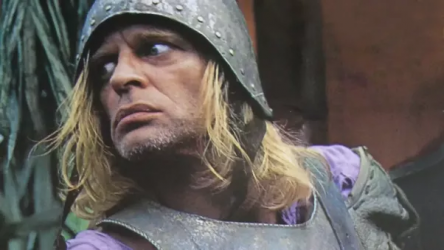 Oh? This guy. I don’t know how the rest of my group stacks up with any other movie-phile’s Top Villains, but I don’t think there is much question about who the winner is. His role in Aguirre, The Wrath of God was alone enough to secure him the top spot, but that was just the tip of the evil iceberg for this movie villain. Not only was Klaus a unsettling villain on the screen, but he was also one of the worst in real life as well. Don’t take my word for this, just ask his own daughter . Anyway, that’s not important now because he is long dead. Speaking of “dead”, this how all of the other cast members ended up in Aguirre, while he just continued to float down the river while he talked to the monkeys about the City of Gold. Aguirre was one of the greatest achievements in cinema ever, and one of the most Ruthless performance of all time. Here are a few more of his many villain roles: 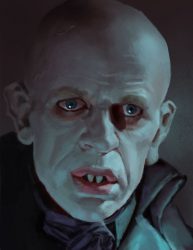 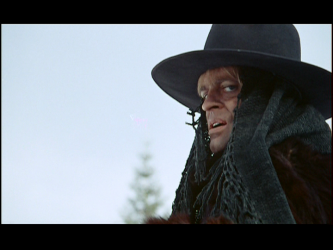 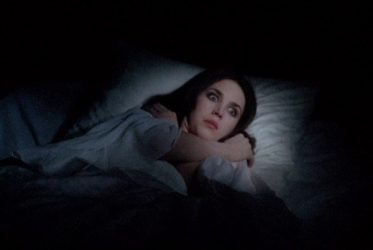 The Great Silence is one of the most ruthlessly beautiful films ever made. What could possibly spoil this pristine winter setting at Snow Hill with the magnificent musical score by Ennio Morricone? Klaus Kinski as Loco, that’s who. [Blam! Blam!] “Say goodbye to your husband -always respect the dead” was about as many words as you would get out of this cold-blooded mercenary of human beings. In this movie, heroes are no match for the villains as was demonstrated in a ending that so distressed the audience that they demanded an alternative. 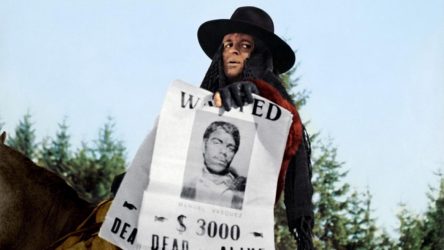 What’s the cure for a ruthless villain? Another, even more ruthless one, and that is exactly what happened in the great Spaghetti Western For a Few Dollars More. The snarling and sneering fury of a disrespected Hunchback assassin was met with the cool efficiency of an even more deadly killer, Col. Douglas Mortimer. The Colonel methodically gunned down the gang thug with a hidden derringer in between bites of nacho salad. So how about his performance in The Good, The Bad, and The Ugly? You know, when he’s paid for a job, he always followed it through. As Angel Eyes in The Good, The Bad and The Ugly he murdered an entire family and then returns to murder the man who paid for the assassination…just for the thrill of taking a life. Lee Van Cleef certainly deserves to be on this list, so here he is.