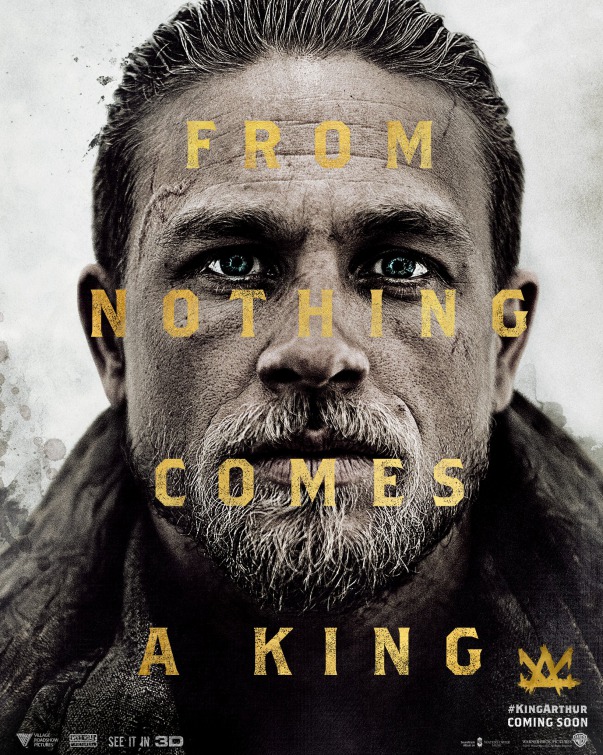 King Arthur: Legend of the Sword. Once upon a time a director set out to tell his version of King Arthur and the Knights of the Round Table. That director had a grand vision of using his unique frantic style of cinematography and a pile of 3-D effects to bring King Arthur, dirt, and a bunch of arrows right into your face. With the gross domestic product of Kiribati at his disposal, he began production and proceeded to tell a story that only vaguely resembled the classic tale. Apparently, actually reading the story was of little importance to him or his co-writers, as they created a version of Arthur that was one part He-Man, one part Moses, and one part mob boss. Whence the story was shown to an audience – many of whom dressed for the occasion in their finest armor and linens – some in that audience became confused and disappointed in a story featuring unsympathetic and shallow characters, a story that lacked a coherent plot, a story with a villain who had everything he wanted in life, but threw it all away by continuously making bonehead decisions in order to control a magic sword that he thought would give him everything he wanted in life. After the story was over, some in the audience left with a bitter taste in their mouth, placing curses on that director’s house. Curses that will never take effect because nobody in the audience was an actual wizard. But one person made a vow before exiting – “I will forgive Guy Ritchie for this mess of a movie if he promises to make Sherlock Holmes 3.” 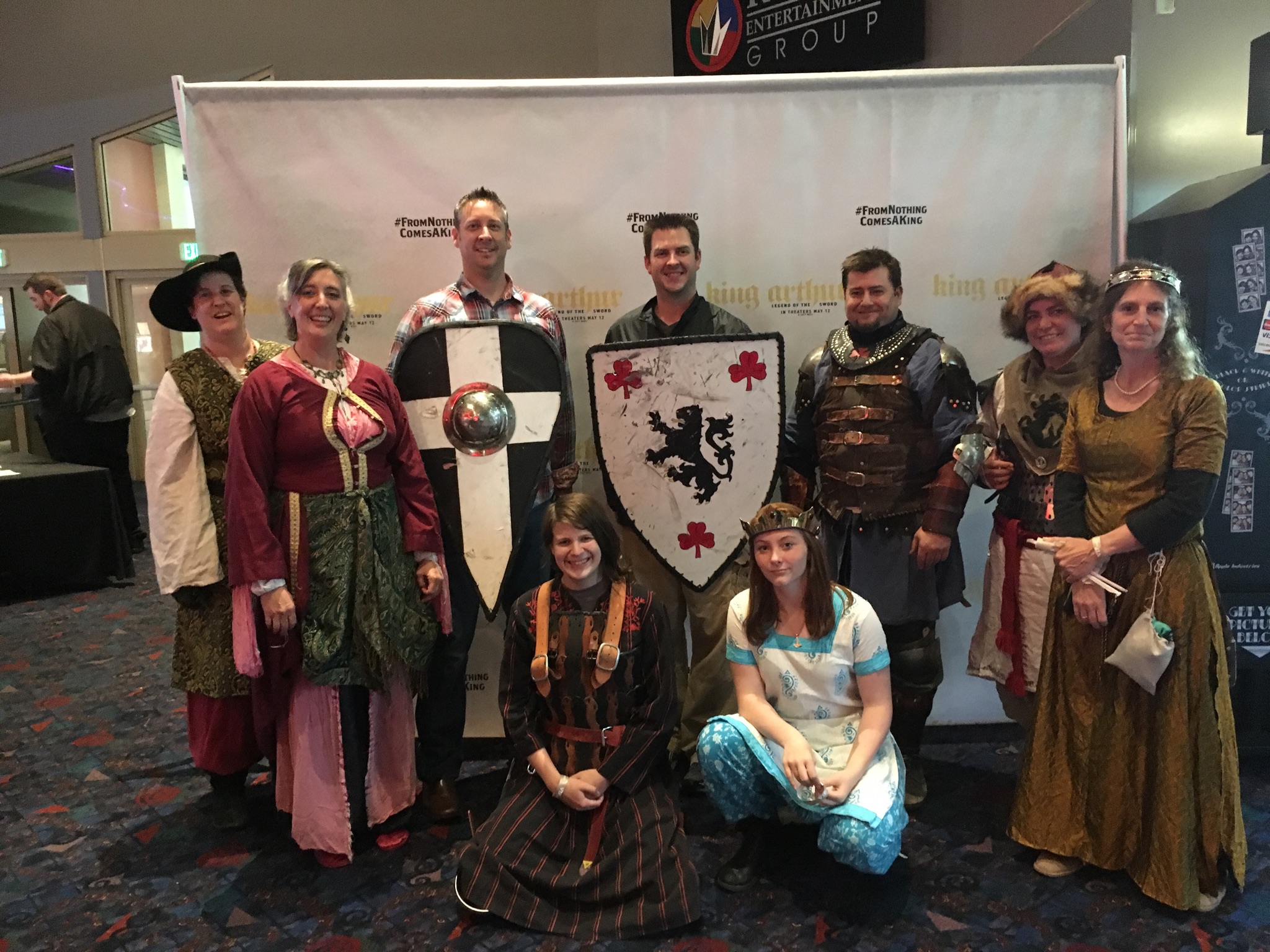 And the townspeople knoweth not what lyeth ahead. Eth.

Oh, you would like to hear another story? Very well. This is the story inside the story I just told you. But beware – this story has SPOILERS and not one thing I’m about to tell you did I make up.

Once upon a time there was a king named Uther Pendragon (Eric Bana) who had a lovely wife and young son. We do not know if Uther was a good king, but his brother Vortigern (Jude Law) wore black, so Uther must be the good one. Uther ruled a kingdom that was under siege from an evil wizard named Mordred. Mordred sent three enchanted elephants the size of castles to destroy Uther’s castle. But Uther had a magical sword named Excalibur which he used to smite Mordred and his army. But the evil Vortigern murdered his wife and gave her body to an octopus with three ladies attached (it’s literally a three-lady octopus thing) so he could become Skeletor and kill Uther despite Uther wielding Excalibur. Anyway, to save his son Arthur (Charlie Hunnam), Uther sent young Arthur off in a boat (his wife was dead by this time), threw the sword in the air, and became a stone in which the sword was stuck until the true heir came to claim it.

If you aren’t Merlin, you don’t get a name.

Many years later, Arthur, having been raised by prostitutes and trained to fight by a Chinese martial arts master named George, became a mob boss running a racket in the city of Londinium. After cutting the beard off of a Viking, Vortigern’s soldiers raid Arthur’s brothel and accidentally send him to Vortigern’s castle to try to pull the sword out of the stone. When Arthur succeeds, he passes out from the power of the sword. Instead of doing the very logical thing and killing Arthur right away, Vortigern makes a huge spectacle out of executing Arthur, but Arthur is rescued by a mage referred to only as The Mage (Astrid Berges-Frisbey) who can control animals with her mind. She and her accomplices take Arthur to their cave in the woods to meet with Bedivere (Djimon Hounsou) and Bill (Aidan Gillen) to plan how to start a rebellion to oust Vortigern. They pull off many jobs harassing and disrupting Vortigern’s construction of a wizard’s tower, but I can’t describe them to you because they only talk about them. Then the next thing we know, they have already completed the tasks. Also, Vortigern’s wizardry begins and ends with making candles light themselves, so the tower doesn’t really make any sense.

You don’t remember the war elephants from the classic tale?

After a botched assassination attempt, Arthur throws Excalibur into a lake because he’s a quitter, but gets it back after holding the Lady of the Lake’s hand in a mud puddle. Despite controlling an army of 100,000 soldiers, Arthur and friends win the day when The Mage controls an enormous snake that eats everyone in the castle. Somehow, Vortigern escapes and has time to run up to his daughters room, kill one of his daughters, take her down to the secret octopus-ladies’ cave to put his daughter’s dead body in the water, and transform, once again, into Skeletor. But, since Arthur is wearing white and is not distracted by a little boy like his father, he defeats Skeletor because magic is inconsistent. Arthur then becomes king, knights all of his friends, and builds a round table. The end.

Oh, you think I left out a part of the story? What about Merlin you ask? That’s a great question – you should ask Mr. Ritchie why he would leave the most interesting character of the entire tale out of his movie. I’m guessing because it risked making this movie seem absurd.

Rating: Ask for nine and a half dollars back and try to forget He-Man’s catch phrase that is definitely stuck in your head now.