Alien: Covenant- Some Final Thoughts And A Timeline

Alien: Covenant- Some Final Thoughts And A Timeline

Alien was the first movie I reviewed for Ruthless. In spite of being nearly 40 years old the movie has aged magnificently and remains one of the best films ever made, and the best horror movie ever produced. We now have 6 Alien franchise movies + other related AVP movies, comics, shorts and other media that embellish and speculate about a franchise that has intrigued, mystified and sometimes disappointed its huge fan base. Ridley Scott is all in now, and assures us that there will be more to come ( Up next? Alien: Awakening)

We already have two great reviews of Alien: Covenant at Ruthless, so be sure to read them first, especially if you have not seen this wonderful, but predictably hated by some, film. This post will contains major spoilers, so proceed at your own risk.

For those who have been living under a tarp or are just now jumping on board, here is timeline and chronological order of the Alien movies: 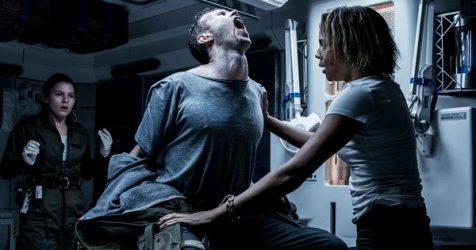 Some Lingering Questions after Alien: Covenant

More questions will be asked, both before and after Ridley Scott’s next installment, but the biggest question I have is “Why did so many people hate Alien: Covenant and Prometheus so vehemently”? One of the most obvious and common complaints from the Horror genre is the “Don’t do that, STUPID!” This was especially annoying since the “stupids” were scientists and supposedly brilliant.

I really enjoyed the movie, it was beautiful and thrilling and I did not suffer from any of the intense butt-hurt of the Alien fanboys and reviewers alike. Sure, neither Prometheus or Alien:Covenant matched the horror of Alien or the delicious action and acting in Aliens, but what does? Compare Alien: Covenant to some of the other trash that has been masquerading as action movies. Comparatively, Prometheus and Alien: Covenant are both virtual masterpieces.

The complainers mewled and whined about the broken promises, unanswered questions, Ridley’s ambiguity, the horrible writing of Lindelof or O’Bannon, plot holes, and imperfect CGI. Many of the detractors, instead of doing something productive like getting drunk or laid after watching, hunkered down over their keyboards by the hundreds. They emotionally pounded out 1/10 * reviews (Heartbroken and Disappointed :/) to IMDB, with endless numbered lists of the flaws in Alien: Covenant. Boo-Hoo.

If you really want something to complain about, re- watch Alien 3. NOTE: All Alien movies that have not yet been reviewed by Ruthless, will be reviewed. This does not include any of the A v. P movies