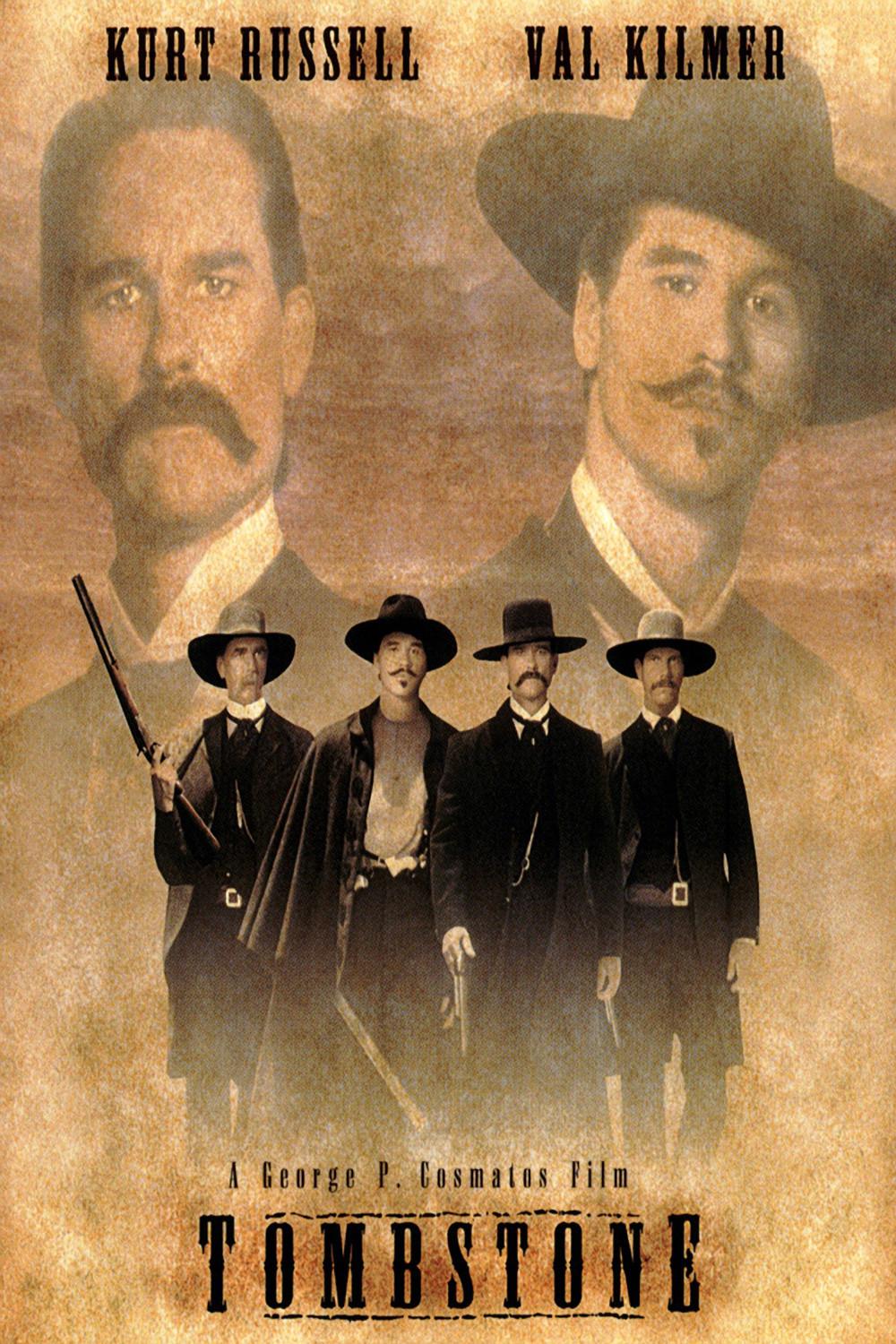 Tombstone (1993) was the epic story of Wyatt Earp, his brothers, and the famous Shootout at the O.K. Corral, but it was much, much more. Wyatt, retired from the dangerous and stressful career as a lawman, was to settle in Tombstone with his brothers and their families, to an enterprising venture into the hotel and gaming business.

They were joined by Wyatt’s loyal friend, Doc Holliday (Val Kilmer) and his trollop, and things quickly got interesting. With no Tripadvisor available at that time, Wyatt and Co. apparently did not do their homework if they were looking for peace or a law-abiding atmosphere in Tombstone. Unfortunately, Tombstone was totally controlled by the notorious and murderous Cowboy gang, a red-scarf wearing gang of goons led by Curly Bill Brocious (Powers Booth), and his right hand henchman, a gunslinger named Ringo (Michael Biehn). 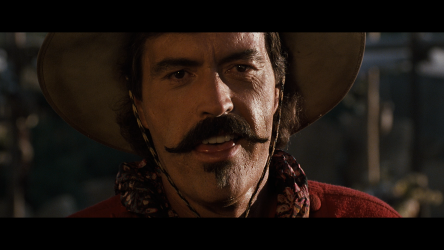 A confrontation was inevitable, but word-bantering and mutual respect only went so far as things escalated when Curly, while in an opium and alcohol-fueled tirade, accidentally shot and killed the figurehead sheriff of Tombstone. Wyatt Earp was forced to intervene. The Earp Brothers, minus a reluctant Wyatt, assumed the law-enforcement duties of Tombstone,and this culminated in the famous Shootout At the O.K. Corral This, however, was only the beginning of the story.

The Earp brothers were subsequently decimated when Virgil was crippled and Morgan was murdered with a cowardly shot in the back. An unarmed and disgraced Wyatt supposedly slunk out of town, but underestimating a steaming Wyatt Earp and a supposedly near-dead Doc Holliday amounted to signing your own death warrant. Wyatt Earp went totally Berserko Rambo, and Doc arose from his death bed to methodically take out the Cowboy Gang, and to restore order in the Tombstone area. 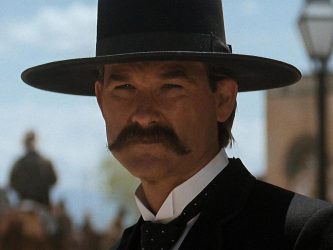 One cannot even begin to discuss Tombstone without mentioning the cast. We had, Kurt Russell, Sam Elliott and Bill Paxton as the Earp Brothers, Val Kilmer as Doc Holliday, bad guys Billy Bob Thornton, Powers Boothe and Michael Biehn, just for starters. How about Charlton Heston as Henry Hooker and Robert Mitchum as a narrator? We also had Michael Rooker, Billy Zane, Stephen Lang, Harry Carey Jr., Frank Stallone and a guy whose real name was actually Wyatt Earp! There were 83 speaking parts in this movie. The women? What women? (see below) 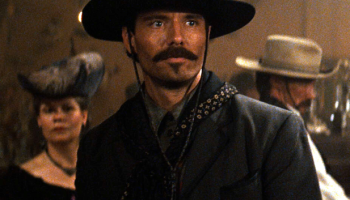 Tombstone was not merely a delicious Western, as it was the perfect storm of acting, pacing and dialogue. The epic showdowns in Tombstone were not just those that ended in gunfire, but more likely fought by the battle of wits and the vituperative tongue of one Doc Holliday. Kurt Russell, Sam Elliot and Bill Paxton pulled off magnificent performances, but Val Kilmer’s portrayal of Doc Holliday was nothing short of a tour-de-force. 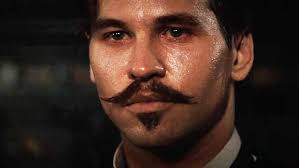 Val Kilmer as Doc Holliday was a pale, pasty, feverish, sweaty and almost always drunken pisser. He was an enigma who had a deceptive, charming and amiable presence. In reality, he was about as innocuous as a pissed-off cobra with AIDS. His tongue was a convincing as his six-shooters and those who miscalculated his deadliness paid dearly. I cannot say enough about the performance of Val Kilmer in Tombstone. He steals every scene and is an expert at dancing with death. Stealing the show from this outstanding cast was quite a feat, but Val Kilmer did it with such enjoyable and seamless ease.

Much has been written about the parallel blockbuster film that was released about the same time, but Tombstone, while not being as extravagant as Warner Bro’s Wyatt Earp, was clearly the superior film, at about 1/3 the cost. The sensational script of Kevin Jarre, coupled with the above mentioned acting and dialogue is why. Tombstone is just one of the best Westerns ever made. 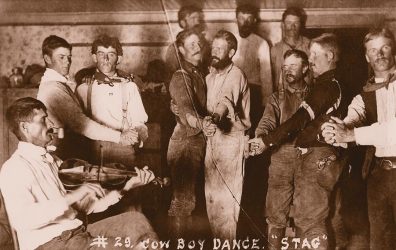 More than you can possibly imagine. I don’t even know where to begin, but it doesn’t matter. While definitely not an 80’s Action movie, this movie was all about the guys, in spite of the presence of many hot women. I mean, the film was simply oozing with man’s lust for man. Do totally straight men utter lines like these? 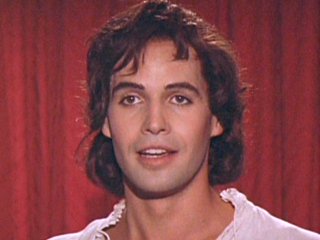 Doc Holliday played on both sides of the fence, or at least he talked like he wanted to…all the time. His affection for Wyatt Earp was obviously beyond friendship, and when he winked and made “kissie” faces at Billy Clanton (Thomas Haden Church), I thought that the GayDar was going to break. Wyatt Earp became so jealous that he immediately opened fire, and that is the real story of the shoot-out at the O.K. Corral. 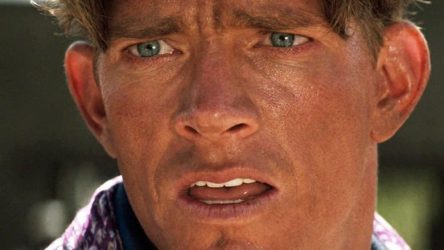 Quotes and one liners (too many to even try to list):