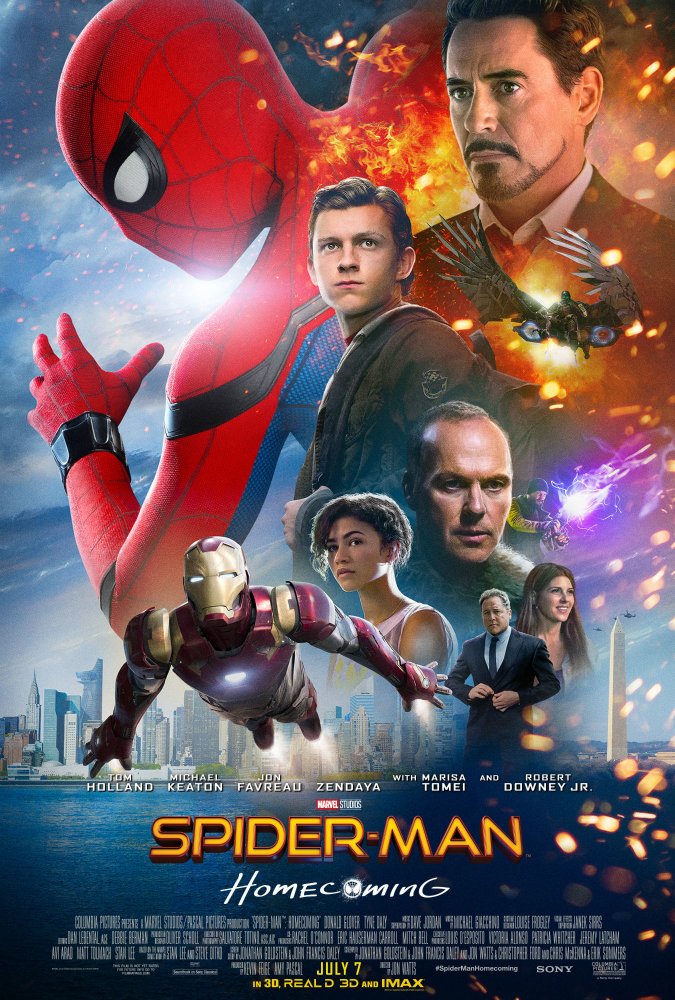 Tom Holland and Marvel help us forget 13 years and 3 movies of shame.

Now we can argue about the best Spider-Man actor.

Do you realize it’s been thirteen years since the last good Spider-Man film? Spider-Man 2 was the last good one and Andrew Garfield was not better than Tobey Maguire. Yeah, I said it. The Amazing Spider-Man was bland and Garfield’s portrayal was mediocre and not sympathetic. Maguire was perfectly cast and performed brilliantly. Just because Spider-Man 3 was the equivalent of a clogged toilet doesn’t mean Maguire was a lesser Spider-Man. Also, the two Garfield movies were directed by a guy named Webb, which just begs whatever movie gods exist to screw with those films (and they did). The good news is that streak won’t continue to fourteen years.

After the debacle of The Amazing Spider-Man 2, Sony worked out an agreement with Marvel Studios to have Marvel produce this film (according to some reports, maybe even a trilogy) and Sony would distribute. This needed to happen, not just because of how far in the gutter the Spidey franchise sank, but also because of the turd sandwich disguised as Fantastic Four and the atrocious insult to humanity that was the Ghostbusters remake. Spider-Man needed rescuing and Kevin Feige was there with the Marvel life preserver. 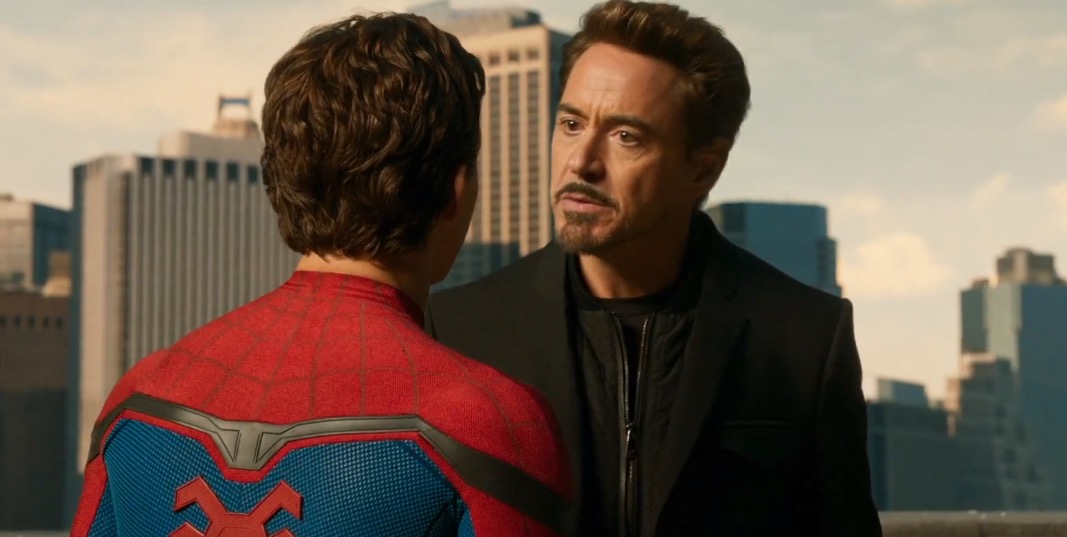 Tobey was just so good.

(SPOILERS, but I’ll keep it to a very minimum.)

The obvious place to start with the gushing over this film is not the story, but the casting. One of the funniest complaints about Tobey Maguire was that he didn’t look like a high schooler, but that’s not really true. Yeah, he was mid-twenties when they filmed the first Spider-Man, but he still looks like a high schooler now (at age 42). But, I will admit that Tom Holland (Peter Parker/Spider-Man) has Maguire beat and not just because Holland is only 21 now. Holland looks every bit the 15-year old he’s been cast as, if not a tall sixth grader. He also sounds like a mid-pubescent boy sounds, hitting high notes while speaking that my five-year old hits. Oh and he nails the hell out of the role in every aspect. He’s believable as a nerd, superhero, early high schooler, kid with a crush, and teenager who thinks he knows everything but doesn’t actually know jack. Exceptional find, casting people.

Then, there are the usual suspects – Jon Favreau (Happy Hogan), Robert Downey Jr. (Tony Stark/Ironman), Marisa Tomei (Aunt May), and Michael Keaton (Adrian Toomes/Vulture). If ever you wanted to terrify a young actor into giving 110%, throw him on a stage with any of those four, especially Keaton and Downey. Assuming Holland was still in celebrity awe after his turn in Captain America: Civil War, he looked completely comfortable across from those two legends (as well as Favreau and Tomei). More so, it was great seeing an Aunt May who didn’t make you wonder if she was secretly hiding a Life Alert bracelet. No offense to Sally Field or Rosemary Harris, but a lively and energetic Aunt May was a huge breath of fresh air in this movie.

I know. I only hope I can be half the Spider-Man Tobey was.

While we’re breathing fresh air, there are two things noticeably and thankfully missing from this movie. The first is not having to relive Peter getting bit by a spider, then relive him discovering his powers. Instead, there’s a throw-away line during a conversation in which Peter simply tells his friend he was bit by a spider after his friend asks how he got super powers. Second is that we don’t have to watch Uncle Ben die again. Look Marvel nerds, I get it – Peter becomes a good guy to atone for Ben’s death. But we’ve seen it twice in the last fifteen years and, like the death of Bruce Wayne’s parents, we don’t need to see it again.

And then there’s Keaton, which leads me to the actual plot of the film. I love that Keaton has reinvented himself as a villain, and I love that this movie grounded that villain into a pissed off salvage business owner. How nice is it that a superhero movie doesn’t feature another swirling cloud-beam of destruction or an intergalactic harbinger of doom? Toomes is just a guy trying to provide for his family after getting screwed out of the cleanup and salvage job he was awarded after the Battle of New York (from the first Avengers flick). Toomes, his gadget guy, and a crew of hard-cases steal pieces of Chitauri debris and turn them into weapons to be sold on the black market. Their paths cross with Spider-Man as Peter is trying to prove to Stark that he is ready to become a full-fledged Avenger and discovers the weapons when he thwarts a robbery. It’s so simple you almost can’t believe it came from Marvel.

(Side note: I’m not saying the plots of MCU movies are insanely complex or hard to follow, but they do have a lot going on. Look no further than Agents of S.H.I.E.L.D. for examples of that.) 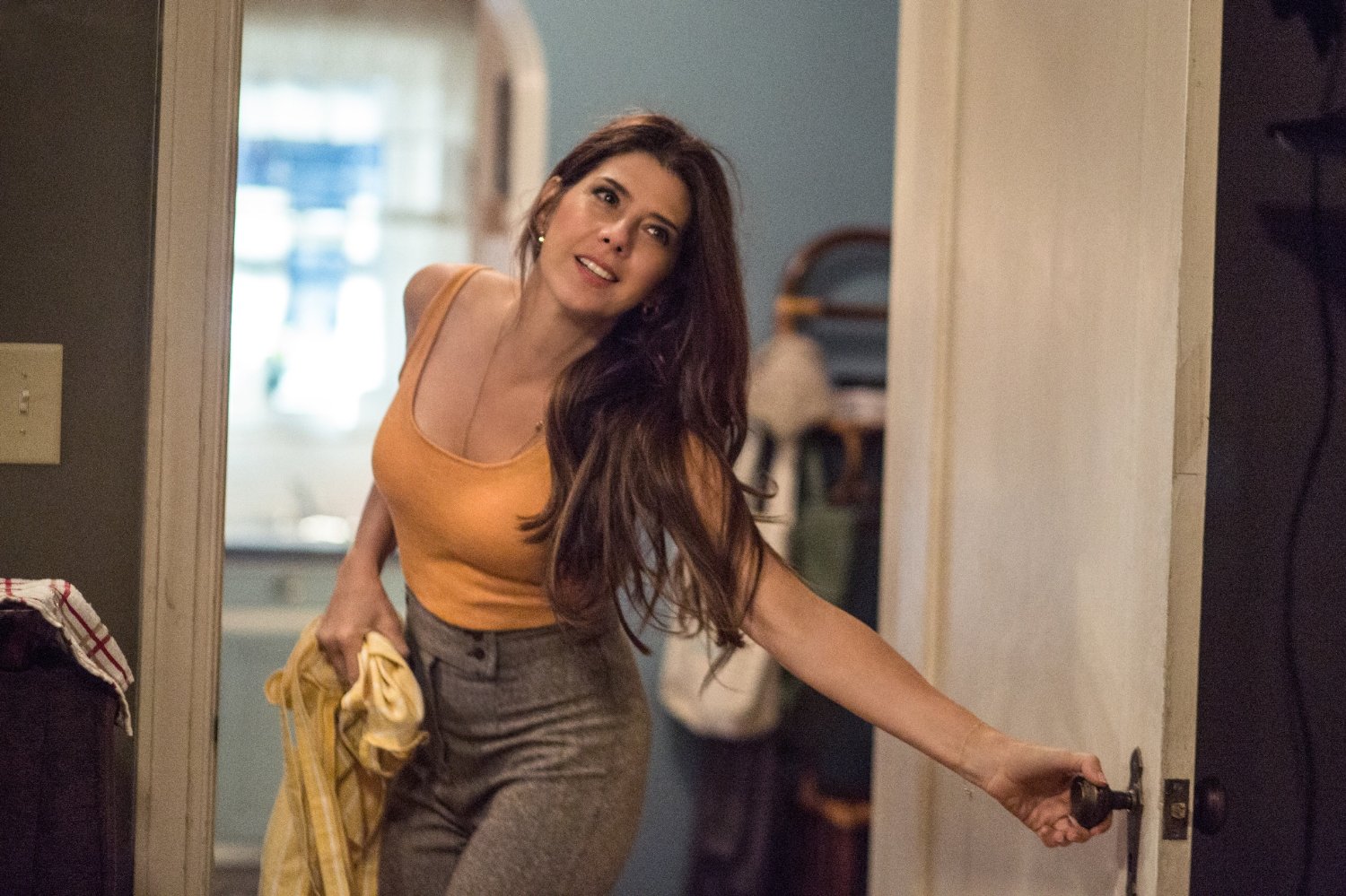 Now that’s what I call Aunt May.

The other way in which you now this is a Marvel Studios flick is the perfectly blended mix of action, comic relief, and seriousness. You know, the opposite of all DCEU movies not named Wonder Woman (and really only the second act of WW). The script and dialogue nail every beat throughout the film, Ironman/Tony Stark is used sparingly and to perfect affect without overshadowing Spidey, there are not gratuitous slo-mo’s or stylization for the sake of director self-aggrandizement, and we get to watch Peter struggle the way every teenager struggles, which makes the whole movie more enjoyable and Peter that much more believable. They even manage to throw in some Captain America cameos that are beyond brilliant (including a post-credits scene). Seriously, when is Marvel going to fix the Fantastic Four?

I know a lot of people are praising Logan for its grittiness and anti-popcorn feel and Wonder Woman for somehow being really good despite being directed by a woman and starring a woman (seriously, it’s 2017 and we still have idiots marveling at women being as good at their jobs as men), but Spider-Man: Homecoming is the best superhero movie of the year (so far). Logan was too far on the depressing side, Wonder Woman still exhibited the worst of Zack Snyder, and let’s not forget about how much of a disappointment was Guardians of the Galaxy: Volume 2. Spider-Man: Homecoming is about as perfect a summer blockbuster, superhero movie as is possible.

Rating: Worth more than you paid for it, and we can forever forget the last thirteen years.