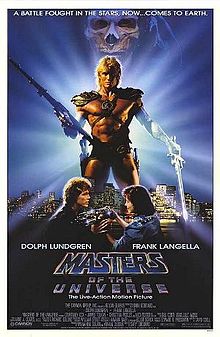 He-Man Dolph battles Skeletor for control of the universe.

Masters of the Universe (1987) is not really considered an 80’s Action movie except for the overwhelming presence of one Dolph Lundgren. This puts things over the top and into perspective. Like Arnold, Dolph is Adonis, a God, and must be treated as such. The movie sucked at the time, but there were several great performances, Dolph for just his body, Langella who was unrecognizable under his make-up as Skeletor, and James Tolkan as the dumber than dirt Stupid Chief. 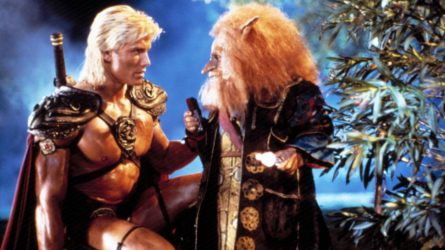 A battle fought in the Stars…Now comes to earth 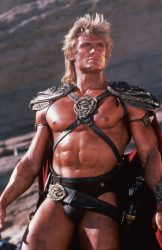 Very little. Look, we wouldn’t even be having this conversation without Dolph, except that Dolph was ripped, oiled, tanned, huge, and virtually naked the entire film. This reality supports diamond-cutter boners for the entire 106 minutes of the movie. And of course, He-Man was also chained and whipped by Skeletor’s henchmen, so that scene alone ensured the gayness of this non-sausage fest. 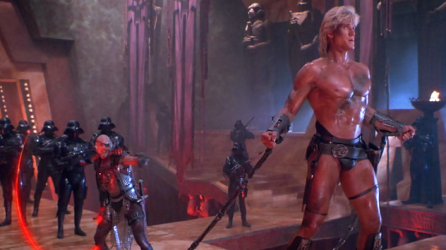 It’s hard to tell since this film was a totally bloodless and milquetoast PG. With mere sparks flying and a lot of flailing, it could have been that no one died at all.

None, for the above-mentioned reason but I guess the defeat and fall of Skeletor into some sort of Red Infinity Cone was the best. . Skeletor also dispatched one of his Fabulous Four, a bumbling crew of Uglies, that were almost as competent as Detective Lubic. I will have to say that I enjoyed that death the most as they looked so hapless, defeated and worthless. 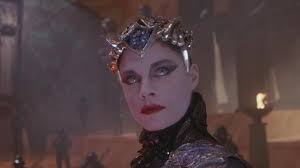 Pretty horrible. It was a low budget film to begin with, but it ran into a lot of problems. The film was brought under budget, but the powers to be said “fuck it” and the Director Gary Goddard had to chip in his own money to cobble together some sort of ending for the movie to be sent to the theaters. It was a dismal flop and almost took the flourishing He-Man Action toy franchise with it, but it has aged well. Thanks again, Dolph.

Oh My Fucking Goat! Are you kidding me? James Tolkan was simply wonderful as the bumbling, Columbo-style cop who could not get out of his own way. Apparently this town had only the law-enforcement presence of Mayberry, minus Andy. His inept presence in every scene made him the unsung hero of this movie. He totally undermined the plans of the Super-Heros when they were trying to keyboard their way back to save the Sorceress. As far as a total fuck-up, he had no peer. In the final battle, he realizes his error and tries to go Pvt. Hudson (Aliens) on the crew, but it does not quite have the same effect. We don’t see him in battle again, as He-Man and Skeletor initiate their final battle. He does inexplicably get the girl at the end and decides to stay on the planet and not return to Earth. Good choice. 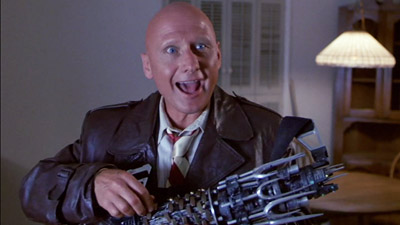 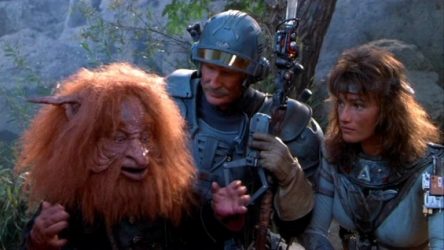 Thankfully none, Midgets were Midgets and women made sammiches.

No, but they actually almost burned down the school gymnasium while they were shooting this film. The fire was put out, but the building was heavily damaged. They also unintentionally wrecked the storefront in the shoot-out scene. Serious damage was done to the town and was not amusing to the occupants. Fortunately, they only shot at night, so actual DEATHS were held to a minimum.