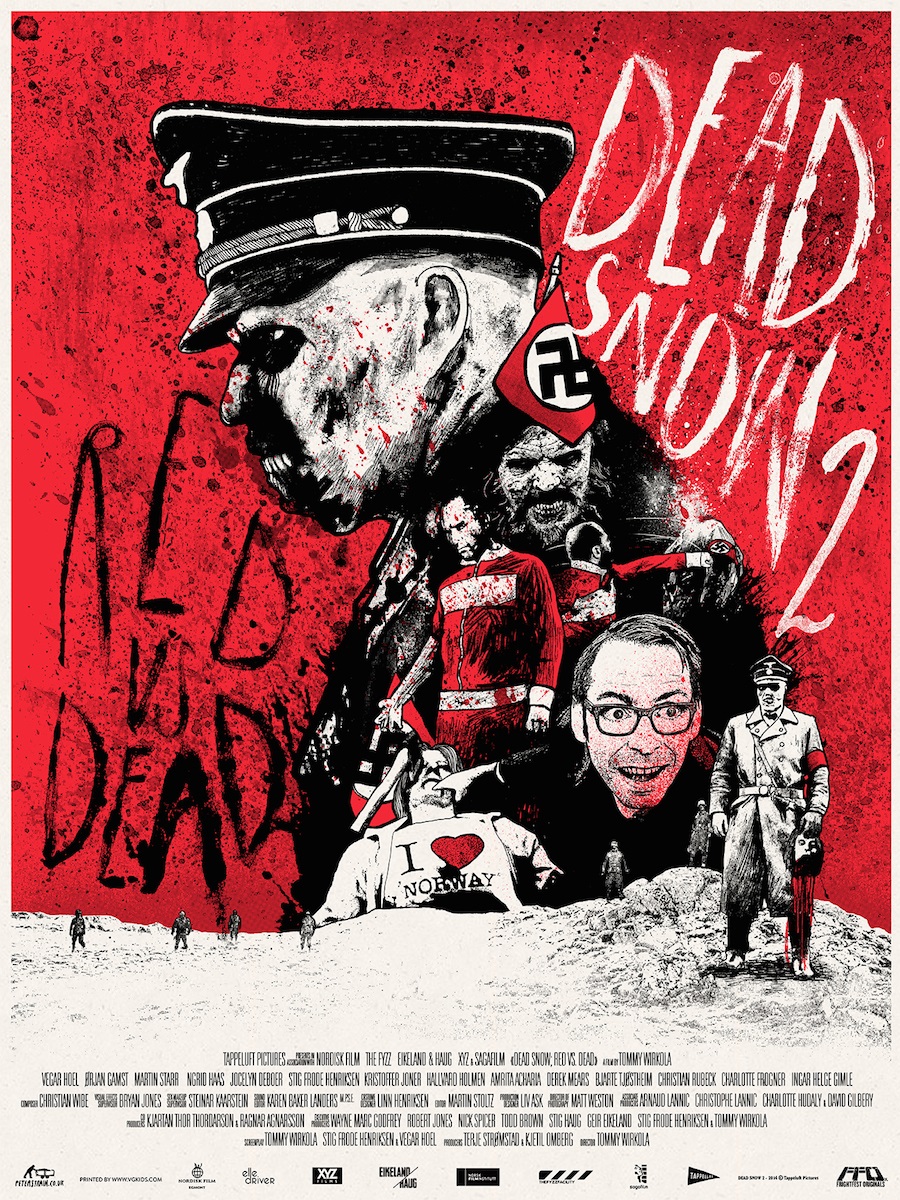 Another Nazi Zombie Movie for Halloween

Obviously this is a sequel to DEAD SNOW, a movie about Nazi Zombies coming to life (or un-death) and killing a group of friends. DS2 brings everyone up to speed in the 5 minute prologue and we learn that DS’s hero accidentally killed his girlfriend with an ax; had to chop of his arm because, you know, it was evil, and that the Nazis are not quite through with their mission, despite, you know, not being alive anymore.

DS2 then takes the story to new and wild directions. The similarities between The EVIL DEAD movies in the first Dead Snow is so fairly striking, (the hero cutting off an appendage because it was evil and even a shot of the hero’s manic face covered in blood) that I have to believe it was an intentional homage.

DS2 on the other hand, is a whole different haunted house. The movie, which is helmed by the director of HANSEL & GRETEL, (an awful, stupid movie) redeems himself with this mind boggling, relentless, splatter and gore fest horror comedy. Please keep in mind, I usually DESPISE splatter and gore fests! People are beheaded, crushed by a tank, ripped apart, blown up, eaten, killed by flying Mercedes hood ornaments, as well as being used in all manner of experiments.

No one is safe: priests, women, kids, babies; they are all at the mercy of a slaughter giddy script. Believe it or not, most of these deaths are played for laughs. Many of them are so over the top outrageous that they actually succeed in being funny in a very sick, gallows humor way. (what some of the Nazis use intestines for makes MACHETE’S utilization seem quaint in comparison)

At first, our hero does his share of killing innocents since, unknown to him, doctors had grafted an evil Nazi general’s severed arm to his body. Once he gets control of the arm (and it is never really explained HOW that happens) he discovers he can now re-animate the dead. 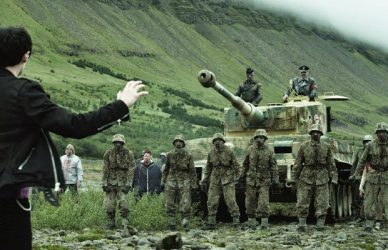 With the help of a trio of young nerd “Zombie Killers” and a few others, our hero decides to re-animate a large group of Russians who died horribly at the hands of the Nazis. Thus: the RED VS DEAD sub-heading. (sorry, this is NOT a movie about very angry Gingers battling the deceased).

If this all sounds, well, silly, it most assuredly is. While I would never call it a great film, it is an entertaining one. The nerd girls (who are unlikely, but also very beautiful) turn out to be major kick-ass fighters and the various inside jokes and references are fun. In terms of tone: think a mash-up of THE RE-ANIMATOR and LOONEY TUNES and you get some idea of what type of mayhem to expect.