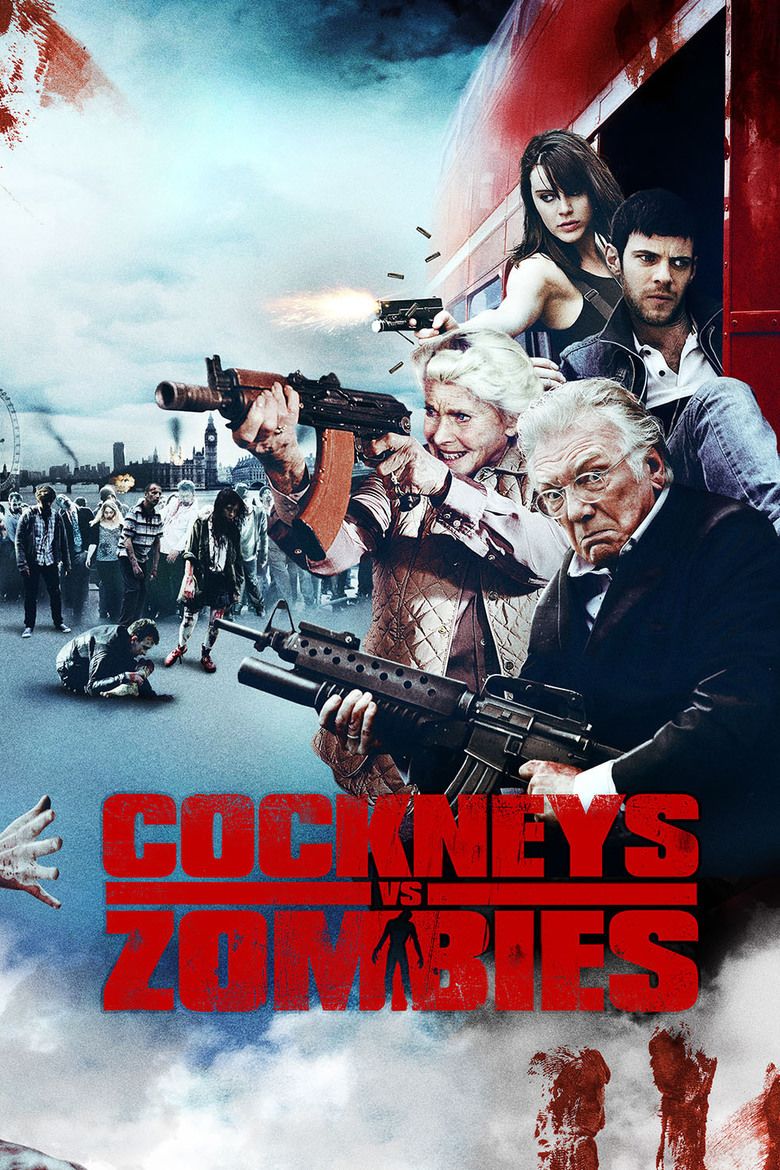 After a bank heist, a gang of cockneys must battle zombies in London

Bumbling bank robbers get more than they bargained for when the heist go awry. While escaping with hostages, they discover that London has been over taken by zombies. This is a wonderfully cheeky concept that works well in this movie.

This film has stylistic flashbacks and jump cuts reminiscent of LOCK, STOCK & TWO SMOKING BARRELS, but the humor, though often laced with profanity, is wittier, and the film gives us plenty of breathing space before the mayhem begins. We actually get to know -and like- most of the characters, which includes (L.S. & T.S.B’s Alan Ford as an elderly, but mighty, bad-ass). 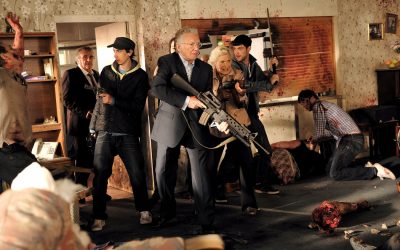 Michelle Ryan (of EASTENDERS and America’s BIONIC WOMAN remake) is also a major bad-ass. Some of the characters make it to the credits and some don’t. Included in the cast: GOLDFINGER’s Honor Blackman, also elderly, but not averse to swinging a hammer through someone’s head if the situation required it. Pussy Galore would have been proud.

As to the violence, make no mistake, from the little opening vignette to the end, this is one very gory movie. Characters get shot multiple times, beheaded, crushed, slashed through, run over, torn apart and blown up. Though I didn’t find the movie particularly “scary” I found that I was holding my breath more than once as our little motley group, time and time again, made hair breath escapes and participated in impossibly precipitous stand-offs.

In this respect, this is closer to RESIDENT EVIL than SHAUN OF THE DEAD, though the humor is more on par with S.O.T.D. While gore hounds will love this movie, it is possible that non gore hounds like me will find it an enjoyable watch as well because of the humor and likeable characters.