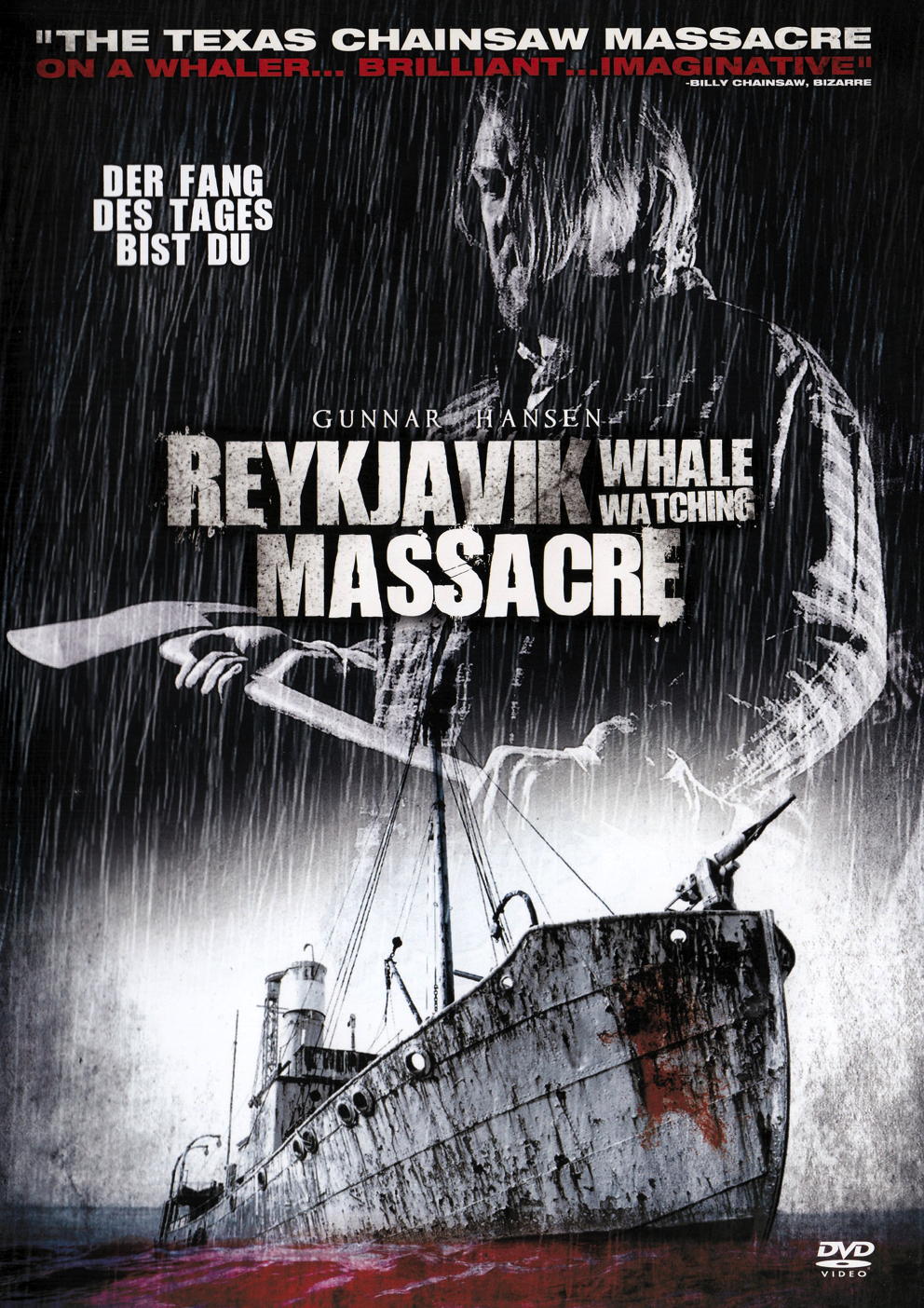 This Icelandic film was a much better movie than the title suggested. In fact, the title was a lurid and stupid one. The original title was closer to the truth as it was promoted in Iceland as “Tryllir“, meaning something between Thriller and Horror.

More a Thriller than a straight up slasher film, Harpoon was well acted and had the grace to add some truly interesting moments into the mix. For example, a girl suddenly got on a ship’s intercom and sang IT’S SO QUIET when a character died in a freak accident. Hey, a mousy Japanese tour guide became a Ninja smart, and a black gay man ascended to be a true action hero. 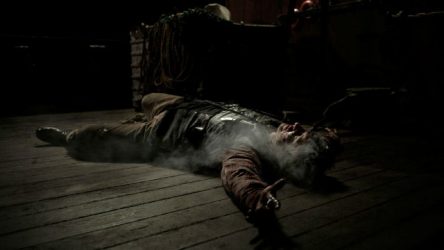 The film was shot well, but the ending twists were highly confusing, illogical and unsatisfying. You will find yourself saying “WTF?” a hell of a lot in the last 20 minutes, because characters suddenly shifted motivations with no apparent reason. This was just to satisfy the public’s need for stupid twist endings.

I did appreciate that most of the bad guys (a racist whaling family) suffered more than their victims and that the violence and gore, while brutal and bloody, was not overly extreme or pandering. (The R-rated uncut version was apparently, far gorier)

To me that ending translated to: “It doesn’t matter if you are a good person; brave, strong, sympathetic to other humans, or that you have been through a lot already BEFORE the psycho family decided to hunt you down, you will still most likely die. Greedy people who weren’t good will get away alive.”

It may be life, but it ain’t entertainment in the Book of Jaimes. 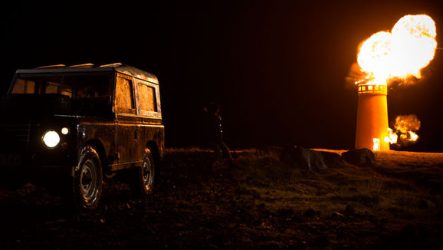 Postscript: after digging around I discovered two things that were very disturbing. These things also explained why the racist, psycho whale killing family was shown in almost a loving way in their first scenes. The director subsequently inserted completely irrelevant rants about Americans. It turns out the director was a racist AND bitter about folks intruding on all that lucrative whale killing.

It must have taken him great effort to restrain himself from making anyone but the whale killing family a more annoying stereotype than he made them. It’s sad, because if he didn’t have his little racist revenge agenda then the movie may have made more sense, while not ruining a good setup.