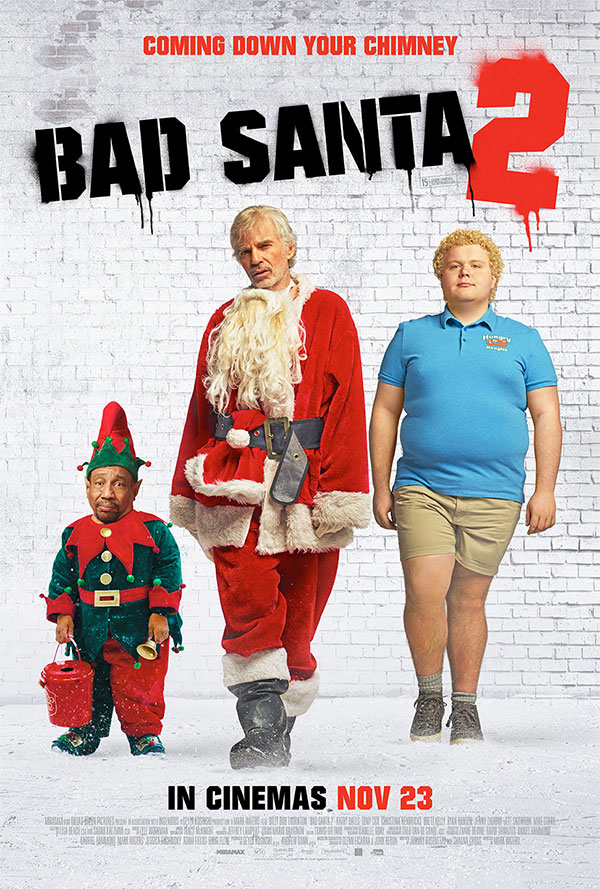 Bad Santa 2 (2016) The original Bad Santa was a hilarious gut-punch to everything traditionally Christmas, from the nauseating movie It’s a Wonderful Life to Santa’s plastic reindeer. Bad Santa 2 was just a 13 year later gut-punch to the viewer, one that no one needed. Sequels, especially much delayed sequels are always suspect, but this is one that genuinely should have never happened. It is not because they did not have the actors and actresses, the crew was all there with a return of Thurman Merman and the addition of Kathy Bates. So, what in the world happened? 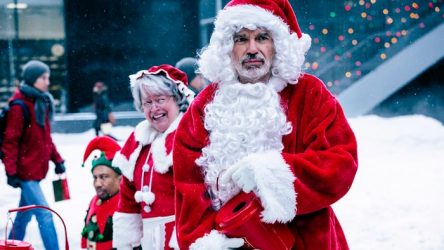 Billy Bob Thornton returned as the vile, angry, hopelessly depressed and suicidal Willie Soke. Any hope that we might have had for sustained turnaround since his partial redemption in the original movie was quickly dashed as we had an immediate suicide attempt. The only successful suicide was the movie plot, and it died quickly. Willie was re-united with a grown Thurman Merman, his loving mother played by Kathy Bates, and Marcus, who was fresh out of prison for his shenanigans in the original movie.

The trio in crime targeted a Children’s Charity in Chicago for their Christmas heist, with Marcus using his small size to turn off the alarm and Willie being the safe-cracker. Willie was not overjoyed to be re-united with Mom, but she was the inside key to the heist, so Willie reluctantly went along with the scheme. Thurman Merman was just hanging around being a 21 year old poster child for alcohol fetal syndrome. He had one decent, but cringe-worthy line and that was about it. Kathy Bates did a masterful job with what she had to work with. She really looked and talked “rode hard and put up wet” but some of the delivery was ineffective because of the poor writing. The balance of the movie toggled between Willie’s anal sexual exploits and the crime team taking vicious and unsavory pot shots at each other. The safe was cracked, the double and triple crosses consummated, and the movie ended. So, what went wrong? 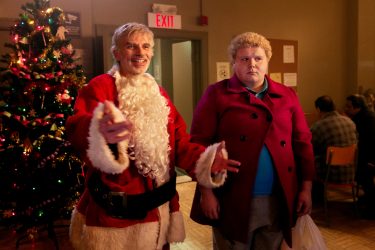 In spite of a stellar cast, nothing could rescue this movie from the awful script. It was meaninglessly vulgar and infinitely lazy. Bad Santa 2 tried to recreate and shoehorn in every hilarious moment of the original movie and failed every single time. The movie was quite predictable and horribly contrived. I didn’t mind the vulgar distastefulness at all, especially when targeted at a Religious Holiday, but Bad Santa 2 was simply not very funny. Bad Santa 2 failed as a sequel and that is even giving it leeway for the risky and outrageous premise of the original. The ending was just dumb, and clearly showed the bankruptcy of this ill-advised sequel. It could have worked and been funny, but in this case less would have been much more and it just came off as forced and disgusting. 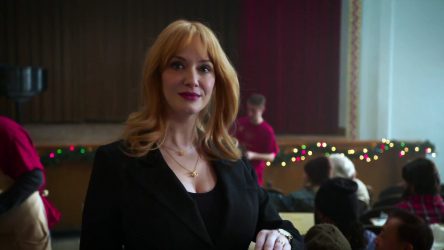 Memorable Quotes and one-liners (these will give you some idea) :