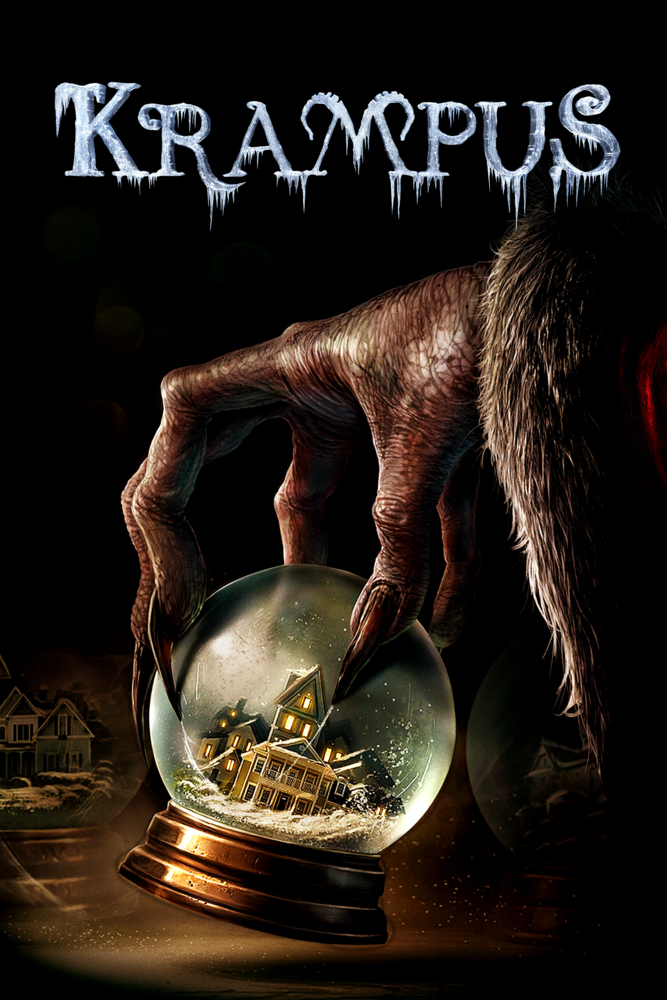 Krampus (2015) is the second Christmas Horror movie involving this horned Christmas Devil that I have reviewed this season. I must admit that the old boy is starting to grow on me. Krampus is the mythological half-goat, half-human, who is the Yuletide equivalent of the floggings will continue until morale improves.

This Christmas anti-Santa is summoned due to bad behavior, especially in children, and is the mother of all consequences for not believing in Santa and his holiday. Krampus is much more severe, nightmarish and violent continuation of the loving Christmas theme of Believe -or- Else! This theme is so common in the Save Christmas movies or in our beloved Scrooge classics. The connection between this horrific beast and Christianity is quite striking. Scare the hell out of young kids and coerce them into believing, a time-honored religious tradition.

Krampus (2015) was a box-office success in that it did make money, but was not exactly embraced by the critics or the public. The film is a dark and cold horror/comedy hybrid with most of the emphasis on the horror. The cheesiness and humor was kept to a minimum, mostly from a hard-drinking and snarky Aunt Dorothy.

The story was a familiar one. Dysfunctional families reluctantly host dysfunctional relatives, and to borrow a concept from A Christmas Vacation, Its Christmas, we’re supposed to be miserable. It doesn’t take long for friction to develop or tempers to flare. Max was so disgusted that he tore up his Santa letter and tossed it out the window into the howling wind. This act of holiday denial summoned Krampus and his host of demons. Krampus’s mission was to punish, not to reward behavior. Things immediately went rapidly downhill as the family was engulfed in a crippling blizzard and horror from an unknown dimension.

Christmas movies, especially Christmas Horror/Slasher movies are generally pretty horrible. I have to give credit to Krampus for being pretty darn good for this type of film. Krampus successfully walked the line between light humor and dark and terrifying visuals and gore. As a film it very successfully developed character without cheesiness, gratuitous sex, blood and guts, or vulgar dialogue. The family disharmony is instantaneous, but never taken too far, just enough to set the stage for the events to come.

The special effects were pretty impressive, and without a lot of CGI, either. The environmental mood was dark and stormy, almost too dark at times, but very effective. Krampus brought his minions who were gremlin-like and not too impressive at first. Eventually, the hellish A-team arrived in the attic and stormed the house for total horror and chaos. Krampus himself was tall and quite imposing as well as being totally convincing of his holiday destroying power. The writing and dialogue were not impressive, but were just enough for this type of movie. The cinematography and special effects really carried this yuletide horror show. 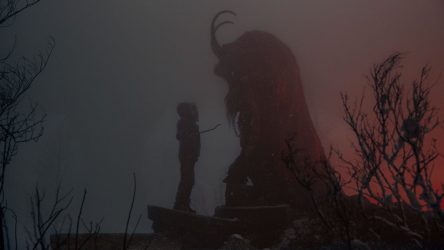 I won’t spoil the ending, but I almost groaned when I realized where they were going with it. I was pleasantly surprised, however, as to how well it worked out. The Krampus arrival down the chimney, coupled with the invasion of his forces and the corralling of the hapless victims was genuinely scary There was to be no escape or forgiveness from Krampus or his goons. What was the ultimate fate of those who dare to reject Santa? You’ll have to watch Krampus and see for yourself.